Am back at work with a vengeance ... 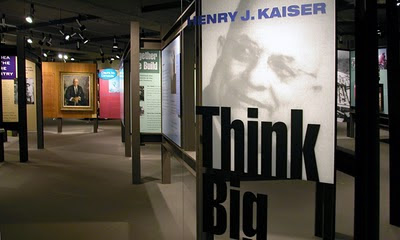 with few empty spaces on my dance card ... .

Am acting as an adviser to two candidates for city councils in two cities in our district. That's in addition to a quickening of action around Loni's re-election campaign for a second term in the State Assembly. She will be running virtually unopposed in the March Primary (two little known men have filed) but it still means fundraisers and public events to attend where our district crew of five will take turns staffing her. It's an exciting time, but also wearing.

Still haven't gotten into the writing of my speech (this weekend, I promise) for the King Day event. Learned a little more about the Henry J. Kaiser Oakland Museum Exhibition, though. Found that Loni will attend the opening on January 31st and I'm assigned to staff her on that evening. I haven't found a way to tell her that -- included in the exhibition -- is a 1-minute audio clip of yours truly accompanying a film clip taken from the U.C. oral history project. Have warned our chief of staff that this is happening, but Loni's been in the Sacramento Follies all week, and we've not seen her since before Christmas. Maybe I'll just let it happen. Would hate to appear to be trying to upstage a legislator. Maybe she won't notice. It will flit by quickly, I'm sure.

When the clarifying call came yesterday (I'd called to ask why the clip was being used at all -- and what possible relevance could it have to telling the Kaiser story?) -- I had mixed feelings:

"You were very eloquent in your description of the migration of those who came west to work in the shipyards...". Got to thinking that I also had made quite a point during that interview of the fact that my role had been pretty insignificant in the war effort and that, in fact, I was a lowly clerk in a Jim Crow union, an important point in the telling of that story. I fear that a 1-minute clip taken out of context will do just the opposite of what I feel is the important point of my personal war front history. My image will be used to show how wonderful was the Kaiser contribution to the making of America in a time of monumental social change. But then that little piece will be but one of many, I'm sure, all making up the mosaic of the time.

There will have to be other ways to tell my story -- when the university ever gets around to doing the editing needed to tell it in its entirety. But this is the way that history gets revised, and about how we acquiesce for the sake of ego or whatever else such an experience offers. Maybe just the fact of being a part of the Henry J. Kaiser exhibit will serve as a way to begin to open that history to the public, and my tiny piece will give significance to the later release -- if ever.. . I'll probably be long gone when that oral history project is open to public view. Two and a half days is a lot of taping. I suspect that its use will be simply for scholars seeking information about those war years or the western migration. They will have access to the materials from the archives. Maybe that's the only purpose for the collection of those personal stories. (The university has promised to see that I have copy a some point, though, so if you're reading this, Bob, remember to pick it up some decade in the future when you're working on the family story.)

As I've said before, I had no idea I'd live long enough to BE black history!
Posted by Betty Reid Soskin at 9:32 PM