Seems as if I've written reams over the past day or so,

all to avoid my main task -- that of getting a first draft done of my January 15th Martin Luther King speech in Walnut Creek. As it is with all such undertakings, the words are probably percolating in the back of my brain and will all fall into place sometime in the last few days before delivery. Maybe I'll just choose selected pieces of my blog and just read them to the audience. Nah. That won't do, surely. Needs to show some effort, at least, and carry some punch, I suppose.  Meanwhile ... .

Noticed when reading my Sunday NY Times that the article on the Mars landing doesn't show up until page A17. Can you imagine? The front page was taken up with the Egyptian plane crash and a sad item on how the proposed budget cuts in the state budget will effect a young cerebral palsy patient. All very important, but surely not mind-boggling like the Martian probe, or am I not getting the point here? I plan to turn off Mac and spent much of the rest of the evening trying to see what the astronomers, the SETI people, and the big names in the world of space exploration have to say about all this. Should be a fascinating couple of months, almost as much so as when we first landed on the moon -- or when the Hubble telescope gave us that first glimpses into deep space.

There is the chance, surely, that the news from the Middle East is so frightening to me that I'm choosing to escape to a place above the ozone layer, at last for a little while. It does all seem so utterly hopeless. 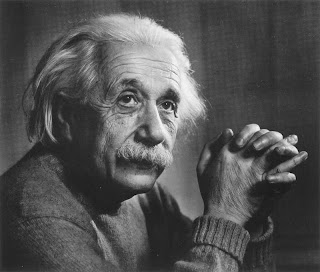 I believe, at times, that one of the primary gifts of the aging process has to do with the fact that -- in all those earlier years one could find solace in the fact that there were thousands of brilliant savants and scholars standing between you and the gaffs of ignorance. As I've entered my eighties, it's become painfully clear that there's an awful lot of ignorance out there masquerading as wisdom, and that my own common sense is emerging as a pretty good gauge of the scope of human intelligence. Being an octogenarian also has added the quality of candor that not only allows me to entertain such thoughts, but to voice them when it seems appropriate -- or not -- as the case may be. But there's little comfort in such thoughts since it then places the responsibility for acting in support or opposition squarely on one's own shoulders. As in the old hymn, "There's no hiding place down here."