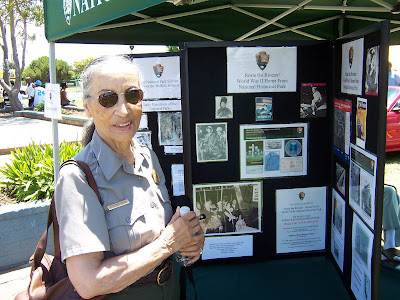 ...and in the city of Richmond this is one of the big ones!

There's a move afoot to get Juneteenth legislated into a national holiday, but so far it's still on the back burner and comes waaaay after we elect a new president; begin the ending of the war in Iraq; clean up the sub-prime mortgage debacle; create an equitable universal health care bill; renew the debate over offshore drilling for petroleum and whether or not we close Guantanamo, but someday... .

In case you're out of the loop on black history, you'll want to know that June 19th was the day that the news of the signing of the Emancipation Proclamation -- announcing freedom for all who were enslaved finally reached Texas. This was long after the rest of the states had been notified.

Having grown up in the Bay Area without the richness of that history, I knew nothing of this holiday until I reached young adulthood. It still feels very "Texan" and doesn't stir the kind of strong identification for me that comes with any mention Faubourg Tremé or the French Quarter in New Orleans, but it does speak to the diversity that exists in the black community where many of those in today's parade expressed Carnival with such joy! The Caribbean influence is strong here. I sometimes forget about just how diverse we are -- with many sub-groups expressing a variety of black cultures. 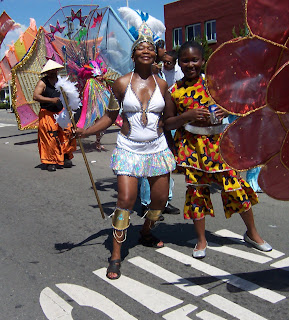 Our staff created a great display that featured panels telling of the launching of ships built here during WWII by Henry J. Kaiser and named for prominent African Americans of the times. There was a panel showing photos and a story about the first (interim) superintendent of the National Park Service, an African American named Capt. Charles Young (1864-1922), the son of former slaves and a graduate of West Point. He rose from the ranks of the Buffalo Soldiers -- the black cavalrymen who were the first caretakers and protectors of both the Presidio and Yosemite Valley. Captain Young figured prominently in the early days of the development of the national park system. What a great day for us to revive his story as a part of this important celebration.

Remember that at some point the campaign for its naming as a national holiday will become an issue in your town -- and you can remember this entry, and the reason why it's important to so many.


Photo: Exuberant Janet Johnson and her granddaughter doing "Carnival!" in today's parade. If you'll click on the top thumbnail, you may be able to make out some of details of the exhibit.