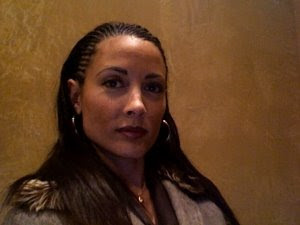 Still chewing on that Bi-racial thing ... so before I let it go ...

I remembered why it's so important to me.

It has always been beyond understanding that the country continues to see the issue in future terms -- as if some dire circumstance will befall humanity at some future time, if we don't take heed and maintain those walls of separation between the races ... .

Silly! There's nothing new here, folks, we're as old as time itself.

For as many centuries as we've been deploying armies throughout the world, we've been creating mixed race children. We did it during slavery when the importation of African slaves was outlawed -- slave masters began creating their own "livestock" by impregnating black slave women and eventually selling their own children (yes!) into slavery. After every one of the endless military invasions and occupations in every corner of the world, we've left children behind -- often to be abused for being different from homogeneous populations. And you can bet, in the many foreign countries where today's armed forces are based, there are mixed-race children being born and -- as often as not -- abandoned when occupation ends and servicemen return to the United States, England, France, Holland, Germany, etc., when the dread of non-acceptance back home wins out over honor and responsibility. I do, however, believe this is diminishing in our time.

There are Mulattoes, Eurasians, Indo-European, Mestizos, Creoles, and every other conceivable racial mixture on every continent where conquering armies have ever lived for any amount of time in occupation. Many children were conceived from unions based upon love, but many more were born of sexual exploitation -- as a part of the spoils of war.

Is there really anyone out there who doesn't know in their hearts that we long ago broke through those walls of separation, and that any attempt at restoring or clinging to racial purity is beyond any hope of attainment?

Why, then, is there so much fear of miscegenation when it is a simple fact of life?

Photo: My granddaughter, Rosie, an example of poly-racialism. (See her blog under Creolebelle's weblog listed in the links above the archives.) Alicia Keys, Mariah Carey, Jessica Alba, Hallie Berry, and Keanu Reeves, Tiger Woods, all of my beautiful children and grandchildren, and a host of other public figures can be counted among the bi- and poly-racial population.

Posted by Betty Reid Soskin at 8:01 AM