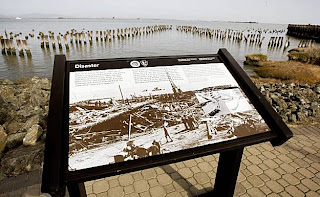 I should never have read them ...

Out of curiosity, I just went back to the Peter Fimright article in today's S.F. Chronicle to read the comments from the readers. I wasn't prepared for what was there. Within the first few minutes I was sobbing. Unsympathetic and vicious racist comments dominated the column -- and I couldn't stop reading. I clicked the forwarding numbers at the bottom of the screen 1, 2, but didn't have the courage to click 3. By that time I'd become completely unstrung. The emotions were coming from somewhere deep inside, and were beyond my control.

I don't feel prepared to explain it now -- maybe later -- but the disappointment was more than was bearable tonight, but I do understand the feelings. I've been here before. And in the past I've always been able to transform those destructive feelings into something positive in some way. I suppose I'm still doing so with each day, but there is a cost; one that I've always been willing to pay.

I guess I'd begun to believe that we'd come further than we have.