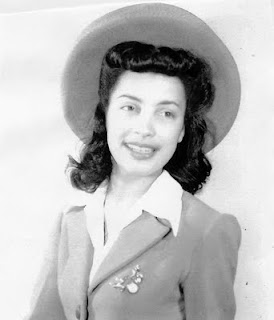 Recently I boasted that the value of my work lies in the fact that I'm old enough to know how all the stories turned out ...

Not so. Not completely. Not even close.

On Wednesday, October 28th, at the same hour -- eleven o'clock -- that I was standing beside the SS Red Oak Victory with the NIAD artists, the president was signing the legislation that brought the Port Chicago Naval Weapons Station into the National Park System system as the 392nd national park. I was keenly aware of the ceremonies going on in Washington, D.C. and mentioned to Chris Treadway of the Contra Costa Times that there was another story happening at that very moment, and that it was an important one. We stopped long enough in his covering of the NIAD story so that I could catch him up on what would be coming out of the Capitol. I promised to forward the essential contact numbers when I got back to my office so that he could follow the story. He told me that his father had lived in the little town of Port Chicago at that time and has memories of the blast. Then I put it away.

It was a few days later that a call came to my desk from the San Francisco Chronicle. The reporter had been sent by my supervisor who knew this story meant much to me. The paper wanted an interview about that day long ago when my young husband, Mel, and I had held an afternoon lemonade and hot dogs party at our little duplex in Berkeley where a dozen or so young servicemen from Port Chicago were present. It was the practice in our community to entertain servicemen and women on weekends (though I can't recall ever having an Africa American servicewomen in the mix) because the USO was not racially integrated at that time. We were living under a strict rule of segregation in most facets of our lives during WWII; something that we'd not known a lot about here in the Bay Area until the war came. We were aware of racial prejudice but it was mostly embedded in custom but only rarely codified into law.

That was the Saturday afternoon of July 17, 2004. That very evening the tragic explosion occurred and 320 men were lost, 202 or whom were black. The white men who survived were given 30 days off to recover from the trauma. The black men were ordered back to work immediately, cleaning up the debris and collecting body parts. Their refusal to do so brought 50 of them under court martial and imprisonment. Public response to those events brought about the desegregation of the armed forces under an Executive Order by President Harry Truman. That process took 5 years to complete, but it changed the course of military history.

I'd never met those young men before so there has never been any way to learn if any who'd been with us that day had survived. I'm assuming not. Since becoming a park ranger, each Day of Remembrance when I've participated in the ceremony at the memorial, I look carefully at the 302 names and wonder ... feeling haunted by the sharp memory of those young faces. The only fragment that remains is the name Richert. As I recall, he was only 16 years-old, having lied about his age to enlist to fight for his country. I'm not even sure that that name is the correct one since it is not among those carved into the marble of the memorial plaque.

Last Friday the Chronicle called to ask if I would be willing to be photographed at the memorial for the story which will probably appear in next Sunday's edition. Having relived the story again and again over the years, I was surprised at how much I'm still haunted by this unfinished story even after all the years since. It's freshened again and the feelings of never having known the ending will return in sharp focus tomorrow as the cameraman does his work. He'll never know how little of the trauma will show in his print -- and how deeply-etched are those memories still.

...and their lives ended so abruptly. Gone -- with no warning. And they were too young to have left survivors. I cannot recall that any of those youngsters were of an age to have been married.

They continue to live only in the minds of those of us who remember them ...

Again, tomorrow morning, I'll stand at those plaques and try hard to do just that. This is a story that needs desperately to be held in the collective memories of the nation. Now, with thanks to the hard work of Rep. George Miller and Sen. Barbara Boxer, Dr. Robert Allen, Rev. Diana McDaniel, and all the others who have worked so hard and so long to make this a place to be honored and revered. It is now designated as a National Park that will one day have full staffing and a Visitor's Center. Another of the sites that tells the story of our nation.

A story we dare not forget, but one I'm unable to fully remember --

Photo: Betty at about the age of most of those lost in the Port Chicago explosion. This gives a sense of just how young those young men were.
Posted by Betty Reid Soskin at 9:21 PM