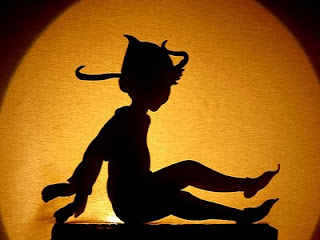 It's been days (weeks?) since I've been able to sit down and make an entry here -- not because there was nothing to say. No! Not at all. It had to do with how fast life was moving and of how breathless I became trying to keep up with the incoming ... !

Today I'm simply giving in to the need to bring everything to an immediate halt -- just so that I don't collapse under the strain of all the public attention that has become totally overwhelming. I'm taking the day off to try to make sense of it all.

The pieces are unrelated -- on the surface -- but not really. Around 5 o'clock this morning I got it all sorted out. I've not slept well since last Thursday when the letter arrived that completely rocked my world.

Maybe I need to do this in two separate entries; let's see:

A few weeks ago my son, Bob, and his Margaret spent the better part of a weekend with me. What marks my relationship with Bob is generally that we match, intellectually, which makes for long evenings of good talk -- and music has always been a shared passion. Margaret is a really fine singer and composer, so their visits bring guitars and songs and childhood memories, and -- always animated conversations. Bob's daughter, Rosie, also carries the "singing/composing" gene, though we haven't exercised it a lot yet. On this last visit we somehow got into singing the entire score of the Broadway show of Peter Pan starring Mary Martin. We sang and mugged and I went off to bed late with "I've gotta crow" ringing in my ears late into the night. I lost a line somewhere along the way so couldn't rid myself of the tune that woke me early the next morning to prepare for my work day. I hummed it in the shower but that single line eluded me.

Finally dressed formally in full ranger uniform - properly hatted and ready to leave -- I remember standing near the front door as Bob, still wrapped in a blanket on the futon, and Margaret, standing while drinking a cup of herbal tea held me back for an encore. I jokingly stood there trying to fit that final forgotten line into the piece when they joined me and we all belted out the entire lyric from beginning to end without missing one word. I left the house laughing and crowing!

On Thursday of last week, a letter arrived from the president of California College of the Arts in San Francisco announcing that I had been chosen to receive this year's honorary doctorate at commencement ceremonies on May 14th! I was stunned. Disbelieving. Was this some dreadful mistake? What on earth were they thinking? Who in the world do they think I am? It was an email that arrived as I sat at my desk. I gasped an "O God!" that was overheard by Martha and my cubby-mates who came to see what in the world ... ?

I can't do that! No amount of assurance from those around me could handle the awful feeling of having been caught in some deceitful charade that had managed to put out a false impression of me. I felt teary. I was aware that this year had brought a great deal of publicity to my work, and that seemed alright since I really do understand the unique role I play in the National Park Service and in this particular park. After all, I am legitimately a holdover of the WWII era home front -- and am lucky enough to be still capable of doing the work assigned. I feel comfortable in my role, and have worked hard to be deserving as a representative of the women of my time. In some of the filmed pieces, I've felt so proud and deserving ... so why not this time?

I've been becoming increasingly uncomfortable with the persona that was beginning to take on a life of its own, and though the stories that are appearing in the press are true, almost always they contained one or two tiny glitches that might misrepresent (as is inevitably a given in the re- telling of the stories through the words of a third person).

This morning as I was slowly waking from deep sleep -- I began to recognize what happened.

The song returned. The image of Peter Pan entering as the curtain rose -- searching for his shadow in the bureau drawer of the children:

That was my persona! It had come unstuck! The Betty of the park ranger role and the Rosie the Riveter (read that lowly file clerk) in the small black auxiliary union hall had developed a life of its own and I had the sense of having lost control of my image! And, if this were true, just who was being honored by being presented with a celebratory dinner on the eve of commencement; the making of the commencement speech; and the presentation of an honorary doctorate? How on earth would I ever find out -- and would I do so in time to respond to this unbelievable letter?

That was on Thursday morning.

In the interim (over the past 3 days) I've had a long session being filmed out at Port Chicago Weapons Station with Congressman George Miller, Rev. Diana MacDaniel and Spencer Sykes of the Friends of Port Chicago for Sacramento's Channel 10 (News 10) by photojournalist, Rodney Speed, on Friday. The story is their big Black History feature sometime this month; transferring Dorian from one nursing home to another on Saturday so that she can be evaluated for physiotherapy for two broken legs ... and no time to respond to the letter. Besides that -- the first 2 of David's 6 concerts were held Friday and Saturday nights in Stockton and San Francisco, with the third happening in Sacramento last night. And -- the Sunday Chronicle Pink Section carried another story about David and me as its Black History Month kickoff feature. Then there was Pam's Sunday afternoon chamber music concert ... and ... I'd just learned that Bob has been ill ... miles away in San Juan Bautista. Motherhood looms larger than rangerhood any day, (right?), and besides all that -- I'd accidentally smashed my cell phone in slamming the car door and Bob's cell phone number was in it and now I couldn't remember it!

So how in the world does all this get figured out? Where is the time for working it through? But I found a way ... .

Posted by Betty Reid Soskin at 8:18 AM