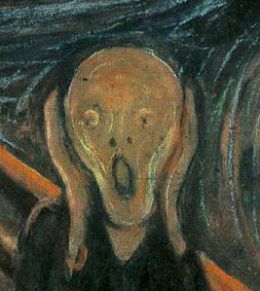 Okay.  Down girl!  Paranoia will get you nowhere ... there are lots of real dangers to confront, and invasion of privacy is not the one to get your dander up over ...

I'm fairly certain that the Valerie Plame/Joe Wilson message was probably one forwarded by someone who's been reading my stuff and figured I might be interested in being updated on the Edward Snowden debacle.

Besides, I have very few secrets left undisclosed, and all claims to privacy are probably hopelessly irrelevant by now, and to complain at this late stage is rather foolish, wouldn't you say?

Besides, who on earth is interested in an over-ripe under-sized vintage park ranger, anyway?

Have I told you that someone announced on Facebook the other day that she'd picked up a copy of Robert Ripley's "Believe it or not" and I'm on page 162 as the oldest ranger in the National Park Service?  Since it probably takes about a year to go from the publisher to the library shelf, they have no idea that I'm now even a year older.

And, the week before that I learned that I've lost my standing in the National Park Service as the "oldest ranger in the system" since a 98 year-old gentleman was hired in the maintenance department at a national park in the Northwest!  All you seniors be sure to keep your resumés updated.  You never know when an offer might be made and you'll be back in the saddle.  And, no, I have no idea who the new elder is, but I suspect that he may have been a valuable volunteer who was elevated to ranger status.  It would please me to tell him that I'm really relieved to be moved back from the edge a few feet by his ascendance in the hierarchy of rangerhood!

There are so many fascinating things happening in my life right now, and I need to be sharing that.