Life is beginning to slow down now ... rumors from Washington are beginning to turn toward some resolution ... . 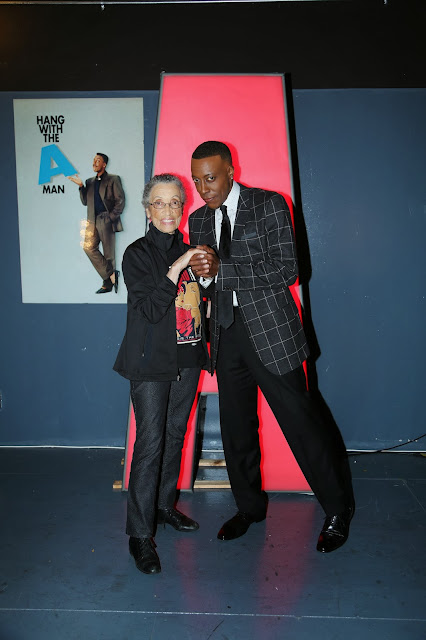 and maybe we'll be back at work before many more hours have gone by.

I'm still feeling the warmth of Arsenio Hall, now that the dust has settled, and I can finally exhale.

A more gracious group of young people I've seldom experienced.  I was shown total respect and every wish was granted.  I do hope their show survives what appears to be a troubled re-entry, and that this talented young man can hit his pace and continue his rise to the success he so richly deserves.

For me it was a total success, if I'm to believe the messages received over the past few days.  Though it didn't seem likely at the time, the message of the National Park Service was successfully delivered to a demographic that has been elusive in the past.  There are many comments from African Americans throughout the country -- and of all ages and genders -- who identified with me and who saw my success as partly their own.  The young members of my extended family are ecstatic and affirmed by what's happened.  That was a bonus.  I wasn't reaching quite that far; actually I wasn't reaching at all since the experience could not have been anticipated nor planned for.  It was just one of those serendipitous happenings that resulted from a news story on the AP wire service.  That was probably merciful since -- had I known in advance where it would take me I might have dashed for the nearest bush to hide behind!  One is never ready for such attention, but I'm so happy to have had the experience.

Thank you, World!
Posted by Betty Reid Soskin at 5:37 PM