Still in recovery mode from the wildest and most exciting 3 days of life that I've ever experienced ... at least until tomorrow ... .

From the time that our United Airlines flight landed at Ronald Reagan airport in Washington, D.C., and the quick ride to our hotel by taxi -- finding granddaughter Tamaya  and I in bed on Eastern Standard Time (far too early!) when all of my nerve endings were still on Pacific Standard Time was crazy!  But it was unavoidable since we would be picked up early on Wednesday morning for the beginning of our great adventure.  Her sister, Alyana, would arrive later that night from the University at Irvine -- staying behind to fulfill her work as a student in her second year.  She would complete her assignment for finals between events over the time of our visit.

Ranger Jerry Hawn, who is normally stationed at the WWII Memorial, had been assigned to us as driver and well-informed interpreter for the day which was to begin at the Lincoln, Vietnam, and Korean Memorials, followed by a visit to Congressman Mark DeSaulnier's office for a box lunch and a tour of the House; then to the site of the Frederick Douglass home in the middle of the black community in nearby Anacostia.

Martha and I had visited the Douglass home some years ago when we visited Washington hosted by the National Women's History Project, but at that time it was closed for some reason, so this would be our first look at the interior.  What a beautiful mansion it is!  It has ten bedrooms, and suggests more luxury than I'd ever imagined.  To learn that Douglass's first wife was black and his second marriage was to a white woman is surprising until you know his explanation which was, "my first marriage was related to my lineage as a slave, and the second to the people of my father."  Makes a kind of sense, right?

Of course, the rooms are all roped off by velvet ropes, and -- in order to present the home as authentic to the times as possible -- there was no electricity so on a gray day in the heart of winter, being that authentic left a lot to be desired.   The darkness added to a feeling that this was more like a mausoleum than the home of a once-active former slave who rose to a position of power as a colorful and wise adviser to President Lincoln.

The home that once sat in the middle of 12 acres atop a hill that overlooks the Capitol, the Congress, the memorials and monuments that make up the seat of power for the entire known Western world.  But here it sits as a long-dead symbol at a time that -- were Frederick Douglass still living -- he would have been actively leading the Black Lives Matter movement.

From a brief conversation I learned that there is almost no involvement between the site and the surrounding black community; though I'm sure that this is surely not by intent.  Why, do you suppose, that would be?

The nation has entered another pulsation in the ongoing struggle for full equality as the result of the cleavage between African Americans and the Justice System as the result of excessive incarceration rates of young black and brown men, and, the growing incidents of brute force resulting in death by militarized police forces across the nation.  There is now and will continue to be demonstrations, nationwide, by the young in response to -- not only the injustices -- but as the result of the growth of social media as tools for organizing toward a more compassionate future.

It is hard to imagine that our great leaders of the past (Douglass, King, Malcolm X, Marcus Garvey, Fannie Lou Hamer, Harriet Tubman, Sojourner Truth, et al) would not be leading in a continuing struggle were they still among us.  Their ideas should continue to prevail.

We've developed some strong new young voices that echo those messages; Ta Nehisi Coates, Joy-Ann Reid, Isabel Wilkerson, Kahlil Gibran Muhammad, and others -- and a generation of artists who are re-phrasing those messages in new ways (the playwright Miranda and Hamilton!), and finding willing listeners of every size, shape, color and race to speak to and march with.  It's a very new world. 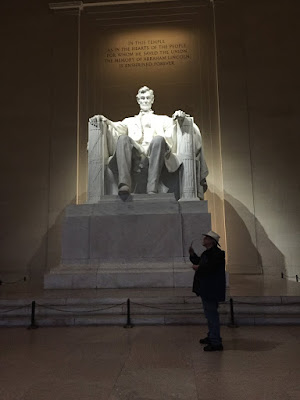 I am so aware that our park, Rosie the Riveter/WWII Home Front National Historical Park, is successfully layering back into the national narrative -- the complexity of those life-changing years of 1942-1945 -- years during which the seeds for the modern Civil Rights Movement of the Sixties were planted and nurtured.

Those dramatically life-altering black lives need to be re-examined for clues toward finding answers to the ongoing pursuit of the American Dream for all of our people. They, along with the abolitionists and conductors on the Underground Railroad who tried to leave footprints for others to follow, but who have been insufficiently studied over the recent past.

We've done a brilliant job of saving and restoring the bricks and mortar parts of that history, but it is the legacy of great ideas that gets distorted and/or forgotten over time.  We've not done justice to the contributions to the building and maintenance of an evolving nation that those vibrant and dedicated American leaders left in their wake.  We've done a far better job with the legacies of Teddy Roosevelt and John Muir in creating a robust movement in relation to the environment, but in the continuing struggle for equality and justice, our record is not nearly as complete nor effective. 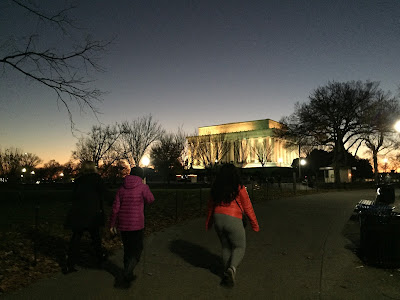 In light of the precarious state of the world,  it may be critically important that we revisit the legacy of those early leaders of this young nation for signs that we're  beginning to really listen, and the National Park Service is the agency best positioned to witness and encourage that growth.

We've done a far better job of integrating minority populations into our democracy than is evident anywhere in Europe.  We've stumbled in the process, but those folks who've been always "trying to get it right" down through history are showing signs that they're succeeding despite the temporary setbacks and occasional repressive detours.

Past efforts by the great historic black leaders of the past must be refreshed and re-examined if our nation is to continue to provide leadership for a restlessly changing and increasingly dangerous world.  In the current period of international unrest, I think that you'll find echoes of the pleas of much of the developing world and its constituents.

There are, of course, those opposing voices that would have us repeat much of our painful past history to our detriment -- but under the freedoms set in place by those leaders of old, we have the opportunity to engage in dialogue and debate that will help to create new pathways through the jungle of deception and injustices, but we can't get there without knowing from whence we've come.  It is through the National Park Service that those places for transformation are being clearly marked by enlightened leadership.  I'm so grateful to have been a part of that process over the past decade.


It was one of those moments -- that come more often in these years -- when my most fervent wish would be that there would be enough time left ... .


But this was only the first day of our 3-day magical trip up the Yellow Brick Road, and I had not yet met the Wizard!