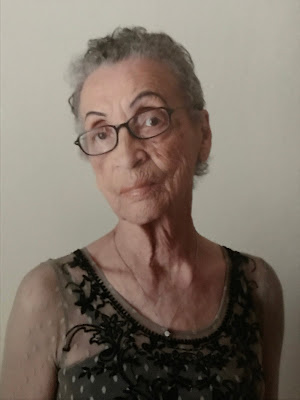 Finally better understand the debacle of the Fox News experience ... .

It would be impossible for anyone to know that -- due to restraints related to my status as a federal employee -- I've been granted a 4-week leave from my ranger position in order to enable my ability to work with the publisher in the launch of my memoir, Sign my name to freedom.  The book is being shipped this week to bookstores nationally.  During this time I am totally out of uniform and into civvies as my private person, Betty Reid Soskin, self.   It's a question of a serious conflict of interest as a federal employee subject to restraints that are important within the system, with necessary negotiations connected with each and every personal appearance and/or interview I'm involved in.  I cannot be seen as profiting in my private life from my federal position, the last thing I'd ever intended.

But then my entire later life has happened in a series of disconnected circumstances and experiences; that "constant state of surprise" that I seem to have been born into.

Most of the media has been cooperating, and the local press has been willing to go along with the federal protocols by carefully wording their stories to avoid the conflict.  It's a tight line to navigate since I'm now so firmly identified as a national park ranger, though over the 85 years prior to this I've known a complicated set of identities, been many women, sequentially.

There are now many conversations with publicity people, agents, producers, who have little reason to even be interested in private Betty Reid Soskin since she certainly didn't rise to this level of public attention until becoming a ranger.  Why should they?  Besides, there's all that buzz out there in the media -- now worldwide -- related to that public persona to take advantage of.

It's a tight line to try to hold.  After today it feels almost impossible ... .

Since I couldn't see Arthel Neville (she was represented by the tiny red light against a black screen), and we'd not spoken prior to this interview, I had no idea whether she or her producer had been briefed on the prohibitions prescribed by my position as a federal employee.  Also, this was LIVE television, so there was no possibility of managing the situation without scrubbing the whole thing and embarrassing everyone in the process!

My breath became immediately restricted, my mouth ran dry, the interview was out of control within seconds of the opening.  There was -- within minutes -- the book cover on the screen, further complicating the situation.

An hour after returning home an email arrived from Fox with the entire short interview as an attachment. I had no idea that the segment had opened with stills of me in various aspects of my work -- all in uniform and on duty.  The first question the host asked placed the interview smack into the middle of forbidden territory! The visuals on screen were Betty the Ranger in full uniform, as prohibited by the agency, followed by mention of my soon-to-be-launched book!  Embarrassing in the worst way. 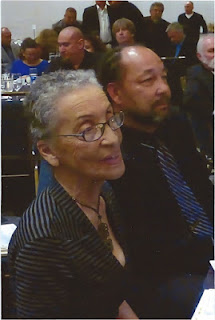 There had been hours of preparation prior to my going on leave, small meetings held to be sure that I,  Betty Reid Soskin, private citizen, fully understood where those lines were.  All this for the purpose of making this 4-week period free of NPS connections -- free to allow for book-signings, media events, etc.  Small wonder that the words dried up in my throat in those 5 awful minutes!  In watching the piece a few moments ago, I found myself wondering what in the world had we expected?  Maybe we were attempting the impossible.  We were naive and untested in the world of entertainment.

Would it not be crazy were I to have to retire from the important work that I'm doing before I'm ready to do so simply because we couldn't control this aspect of the book release?


My ranger replacement has not turned up yet, and -- if that replacement is intended to be the documentaries now in production, they won't be released for months, maybe not 'til 2019 in the case of the 90 minute film.  The shorter film will probably be in distribution in summer of this year.

I'm off to Los Angeles for the Makers Conference on Monday morning.  Will the problem deepen if an answer is not found?

Has the time arrived for me to have to choose between careers; ranger or author and not both?

... but is it not a miracle that I'd even need to make such a choice in my tenth decade?