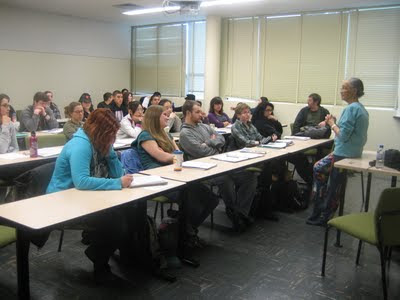 
35.  What specifically encouraged you to pursue the path your life has taken?


Answer:  My life has been neither  planned nor predictable.  It seems to have not been "a" life, so much as a series of incarnations that recurred in 10-year cycles starting about the age of 40.  Every decade appears to have served as an opportunity to re-invent myself.  However, that's only seen in retrospect, and none of the roles in which I found myself (beyond those of wife and mother), were in any way planned or anticipated.  I've tended to live life in a constant state of surprise.  It has been one grand improvisation, and for that I'm grateful since I'm still waking up to new days to own, and fresh expectations with each new sunrise.

36.  What do you get to control as far as the development of the park goes?


Answer:  Not sure how to answer this question since it's not so much a question of control as there are opportunities to influence events through my participation as a "first source asset."  I bring those with whom I work a sense of the era of WWII simply by having been a part of it.  That my role is atypical of the experiences of other women of those times by virtue of being a woman of color, my presence as a member of the interpretive staff provides an element that's otherwise missing from the narrative. The reality as we lived it is so much more powerful than myths that we've created to describe that era.  But I'm also an American woman (sans the hyphen), whose life experience in many ways reflects the human experience of my generation, yet with greater complexity than most.  It is through those aspects that I feel that I'm helping to shape this national park, and with the full consent and support of the National Park Service.  And much of that comes not so much from "doing," but simply through "being."

37.  In the face of the racism and sexism you've experienced in your lifetime, how have you channeled that into courage and motivation for change rather than into fear, anger, or violence?


Answer:  Haven't a clue.  I believe we grow and evolve in direct relation to how early in life we develop the tools with which to survive and prosper.  I'm not sure just when the transition came for me, but somewhere along the way I outlived my rage without losing my passion.  This has enabled me to look beyond the insults and outrage in most cases, through the gradual realization that none of it was deserved, so that I didn't have to own it unless I so wished, or was going through some temporary vulnerability.  My race may have been your problem, but rarely was it mine.

I once overheard a friend remark to another mutual friend, "it's really difficult to feel superior to one who refuses to be inferior!"  She was referring to me.  I grinned to myself because I knew that Eleanor really "got it," and that she was both bemused and relieved by her own insight.  I rarely remember "owning" the negative, and more likely felt empathy for those who didn't realize my worth as a person and as a potential friend.  I credit those with whom I "grew up" in the turbulent Sixties -- at a time of re-definition and activism that has guided my destiny ever since.  For at least 2 decades during those years I lived a life of affirmation.  That period may have provided the cushion against hate that I'm enjoying through these final years.

38.  What social justice do you hope to see in the United States before the end of your lifetime?


Answer:  I'd give almost anything to see an end to the broken system of justice that's been so crippling to the nation; the shameful incarceration of so many young black and brown youth; to see the necessary corrections made to the system of public education that has been all but demolished in our time; an end to capital punishment -- the need to end the  insane policy that causes us to kill people in order to show that it's wrong to kill people!  And, world peace can't happen soon enough for humankind, but I'm fearful that there's little hope of that occurring any time soon for reasons beyond comprehension.

Lastly, I don't envy your generation and the problems of climate change to solve.   I look forward with fear as the signs of melting glaciers and rising seas becomes more threatening with each day, and, as the scientists warn of irreversibility (a dreaded word!).  But it may be helpful for you to know that the models for how to solve the emergency of your time may well lie in studying how my generation met with the emergency of its time.  It was in the period of the Home Front mobilization (1941-1945) that, under Franklin Roosevelt, we formed ourselves into the great Arsenal of Democracy which produced (in Richmond) a workforce of 98,000 unskilled Americans -- and built and launched 747 ships in 3 years and 8 months led by the visionary industrialist, Henry J. Kaiser, who had never built a ship.  Together, despite having to do so under the badly flawed social system that ruled our lives at that time; we helped to save the world from the brutality of Fascist domination.  We know it can be done because my generation did it.  There is little doubt that yours can, too, given a more enlightened nation achieved through many decades of continuing social change, and unimagined technological advancement at your command.  How can you not?

Had it been possible to choose the era in which to spend my time on planet earth -- even with the often bitter challenges it presented -- I would choose my own, 1921 to whatever time of exit.  It's been a great run.  I wouldn't have missed it for anything.

And in the words of the great Stephen Sondheim and his muse, the much-beloved and celebrated Broadway diva, Elaine Stritch ...