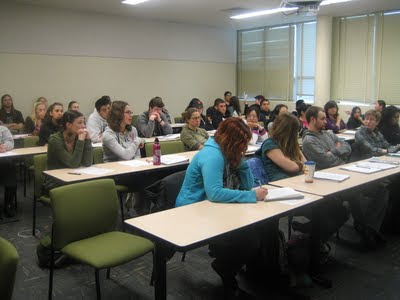 22.  How has knowing a living relative who experienced slavery firsthand affected your personal identity?

Answer:  Mammá's persona was present throughout my childhood by virtue of the fact that the relatives with whom we lived most of my younger life had all grown up in her little house along the levee in St. James Parish in Louisiana.  Papa George, her eldest son and my grandfather; my mother, aunt, and 3 uncles who were her grandchildren, plus many cousins, made up my world until I was about twelve.  Upon arrival in California in 1927, (with the exception of the cousins) we all lived under one roof in Oakland for a time.

There was a constant stream of stories that gave form and personality to my great-grandmother long before I met her for the first time as a teenager.

Strange.  I can't recall ever hearing stories about how slavery affected her life, or for that matter, slavery as a subject never came up at all until I began to learn about it in high school while studying the Civil War era.   The shame of it must have been unspeakable; visceral.   The pain of it must have been equally so, and denial may have been the key to survival.

Even then, I can't remember having made the connections with my own family's experience.  Those facts may indicate how little even some African American families have processed that history.  That white families have not done so should not be surprising.  It is a shameful chapter in our national story, and one that needs to be exorcised in order for the much-needed healing of the national psyche to begin.

23.  In an interview you gave regarding your role as a park ranger, you said you felt it was your job to promote important conversations.  What types of conversations were you referring to and are there any topics that you believe to be as important that maybe you do not have the chance to cover as a ranger?


Answer:  I find that -- if I allow myself the freedom to express whatever rises in the course of the telling, either on a bus tour or on a walking tour of the Rosie the Riveter Memorial -- there is a connection between me and those who are in my charge at the moment.  There are variations that rise up each time, and, though the truths have been long-hidden and sometimes troubling -- I'm always aware of the distance we've all come over the past 67 years on this journey toward eventual freedom and greater equality.  Each experience I've had over the years has brought me further along the path toward a deeper understanding of myself and of those with whom I interact as an interpretive ranger.

Since my work doesn't make up my total life experience, what other "important   conversations" occur fall into other areas of a very complex daily existence.

24. In a video you mentioned not listening to the voice inside you.  What was the voice telling you and why did  you ignore it?


Answer:  Probably different things at different times.  I would have ignored it depending upon how vulnerable I may have felt at the time, and whether I felt strong enough to listen and be guided by it.

25.  What specific experiences led you to advocate for women's rights?


Answer:  I've never seen myself as an activist in the feminist movement, nor have I ever advocated for women's rights, specifically.  I've often found myself marching for human rights -- in which women's rights are incorporated -- or for peace and justice, or against the death penalty, but rarely have I been drawn to the cause of women in particular.  Not sure why that is, but it is.

26.  When African American women were admitted to work in the shipyards, was their work different or more difficult than the work being assigned to white women?  Taking racial segregation into consideration, what was the difference in treatment of black and white women while performing industrial work?

27.  I'm sure that she will continue her research in genealogy of the history her family, but as she wrote in her blog post the other day that she's "so afraid that it will remain unfinished even as this amazing American family saga continues to unfold ...".  Should this occur, have there been any family members or other relatives who have expressed interest in continuing or helping her out with this?  Has she thought of compiling her blogs of research into a book or some sort of keepsake?


Answer:  By now younger members of the family (both a son and a younger cousin) have been drawn into continuing the work.  As they age, as happened to me, the importance of keeping it current and involving others yet to be identified will  surely maintain it for future generations.  I believe that no one is indispensable, and I trust that others will step in as the needs arise, if only out of enlightened self-interest.

I'm considering having my blog published in annual volumes by one of the online publishers soon (miracles of miracles!), so that the "keepsake" will be fulfilled for my family.

28.  Even though women were asked to join the work force in helping to build ships and planes during WWII, was there any animosity from men not at war but working in the factories toward the women workers?


Answer:  Of course.  Though I had no experience in the workforce except as a clerk in a somewhat distant small office, the times and the social climate would indicate that the rapid changing of the traditional role of woman as caretaker and domestic helpmate to "Rosie the Riveter" or "Wendy the Welder" would have been threatening to the men who were surely uncomfortable by their presence on the job in what was seen until then as belonging exclusively to males.

That the women proved to be capable and in many respects expert at the non-traditional jobs they held proved to be more than some men could tolerate, and they acted out accordingly by being disrespectful.  By the end of the war an uneasy truce was in place, but upon the return of the veterans -- and the need for them to re-enter the workforce, women were unceremoniously dismissed to two decades of watching Donna Reed and June Cleaver in aprons and high heels on television as models of society's expectations of the "weaker" sex.