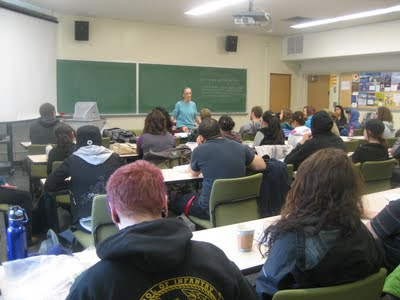 A conversation across the generations continues ... .

15.  Your blogging experience has evolved over the past seven years from speaking about the past and passing on to current events.  Now your blogging is about day-to-day thoughts.  What has influenced your stories?

Answer:  I can't recall when it happened, but at some point my contemporary life became more colorful and interesting to me than my past life experience.  From there the transition followed seamlessly.

16.  Betty, in several of your online interviews our class has watched, you use the word "story(s)" a lot.  This is the main theme of our class -- to examine the dominant narrative, and understand why the non-dominant narratives are so far and few between.  When did you first become aware of  your own family story and did you ever consider it a "non-dominant" (narrative) story?

Answer:  I'm not sure that I have a clear understanding of the terms dominant and non-dominant narrative, so my answer may prove wide of the mark.  Were I to guess at the meaning, I'd probably say that there was a time when my interest in family history was keen -- sparked by an upcoming family reunion during the Nineties -- and at that point it was surely the "dominant" narrative.  That experience provided a context for my life and times that placed me squarely in the continuum of that history. I've since seen my life develop countless "sub-plots", each with a resonance of its own, but always -- in the background are those newly discovered ancestors who provide a sense of rootedness that serves to keep me grounded in the present.

17.  Was there one specific event that made you choose to get into work with the Park Service, or was there a culmination of events that led to your employment there?


Answer:  At the time that I became involved with the Park Service I was employed by the State of California as a field representative for a member of the State Assembly.  As such, my work placed me right in the middle of the beginning processes that resulted in  the creation of Rosie the Riveter WWII/Home Front Historical National Park.  One of the scattered sites which forms the park (the Ford Building) had been built in 1931 upon air rights over state-owned land.  This meant that there was a state interest involved.  The park was legislated into being in Richmond, one of the 5 cities of West Contra Costa County which lay in the 14th Assembly District where I served as field representative to Assemblywoman Dion Aroner, and subsequently, for Senator Loni Hancock.

Over time, during another election cycle, my work with the State ended -- and by that time my connections to the park had grown into a position as a private contractor.  This allowed for a chance to continue to help in the shaping of a brand new national park -- an opportunity not to be ignored.  In the years since, my accumulated knowledge through research and the re-awakening of my own history of the era have made me a "first source asset," a rarity of significant value in these early days of park development.  Since that time I've become an interpretive park ranger.

18.  In the Story of Assata, written by Assata Shakur, she writes about a memory from childhood where her mother got her into a segregated amusement park by speaking Spanish to the people selling tickets.  Assata's mother said that they were from a Spanish-speaking country and just visiting, and that they should be let in because they weren't black.


Answer:  Then as now, parents tended to use whatever they needed to in order to gain access for their children.  Mine were no exception.  If it took the speaking of a foreign language to gain entry, they would not have hesitated for a moment.

19.  You said in one of your blog pieces that your mother wanted you to learn Spanish instead of French because you may be able to pass as Hispanic and get a better job.

Answer:  At that time this didn't seem the least bit strange to me, simply the reality that we lived.  Then, as now, opportunity was often dependent upon one's physical appearance. Creole people were exotic racial mixtures and often took advantage of the ambiguity of appearance in order to move more freely in the society than those who were more clearly racially identifiable as being of African descent.  It is with a great sigh of relief that this is much less true in our time, and mixed-race people tend to feel less compelled to identify as anything other than what they are; an amalgam of all there is, and a forerunner of a world to come.

Answer:  Growing up I wouldn't have been aware of such issues; it was such a different world then.  The immigrants whose lives touched mine would have been largely Irish, Portuguese, and Italian.  Mexicans, Central or South Americans, and Asians were rare in my schools or neighborhood.  My childhood friend's parents were suffering the same financial hardships as mine (we grew up during the Great Depression), and were being served by the same welfare agencies and county health clinics.

In later years I've been troubled by the lag in my own acceptance of illegal immigration as a means of entry, and it remains a sensitive issue for me.

This coincided with the draconian legislation that ended welfare for all purposes, leaving the unskilled black labor force unemployed -- even for these menial jobs -- without a safety net, and largely dependent upon an underground economy fueled by the illegal drug trade.

While I was working for the State of California I tried hard to encourage conversations about the displaced service workers but was invariably frustrated by the fact that -- almost without exception -- those discussions disintegrated into talk about the problems being faced by a growing immigrant population who were entering the country illegally often at the risk of their lives -- for a better chance at life than was available to them and their families at home; or escaping real day-to-day peril from political unrest.  I felt guilty for even bringing up the subject at times, and gradually gave up trying to call attention to what I saw as an unexploded time bomb that would grow over the years and spread disunity among those who could least afford it.

The question remains unresolved.  Rather than turning their eyes toward the industries that were taking advantage of these marginalized groups, they were being made to feel competitive among themselves; to wrestle over inadequate wages, and to invite continuing abuse by not understanding and/or exercising their basic rights, and by allowing dissension to form where unity would have better served the interests of all.

Obviously, I've not worked this through, and am still chewing on the fact that I watched helplessly as the nursing home where my mother spent her last days replace their staff of black nurses' aides with a host of workers from the Philippines over the course of 3 months.  I often wondered what became of those displaced black workers.  And, I wonder at times, if I might be the only person who did?

21.  Does this separation between marginalized groups like immigrants, African Americans, and women deteriorate the activism from being affective or make it more affective in your experience?

Answer:  "Women and minorities."  I'm uncomfortable when "women" are separated out as a distinct class from "minorities," which makes the woman as subject a white woman, since at least half the other classes of people mentioned (minorities) are also female.  This suggests that the white woman is the generic and that all others are exotic.  This may be where the problems begin.  How we use language can and often does predict attitudes and outcomes.

(continued)
Posted by Betty Reid Soskin at 9:06 AM