Yesterday the group of teachers from across the nation gathered in San Francisco in an extended seminar. They're working with something called "Expeditionary Learning" (and, sorry, but I have no idea what that means). A part of their seminar consisted of a day in Richmond visiting the Rosie National Park, the archives, a trip to the memorial, and a Q&A with resident "expert" (on what I'm not sure), moi.

It rained all morning but they doggedly maintained their schedule of activities despite all. They'd arrived in three busloads to the Harbormaster's Buildings at the shoreline where they were to have their bag lunches and rendevous for the visit to the NPS Reception Center. I met them there.

Turned out to be easy and fun to do. There were about 40 teachers from as far away as Chattanooga and Maine. We met in City Council Chambers where I gave a short presentation to the entire group -- followed by a Question & Answer session. They were then taken to the archives to examine letters and artifacts that have been donated by former Rosies over the past two years. They entered the archives in small groups of six while the balance of the group remained in the Q&A where I got to learn something about their work and their hopes for the kids they're working with (all ages).

The sharing has become easier now, and relatively painless in terms of what it dredges up for me. Having put much of those times to word here now, means that I've probably discharged much of the destructive energy and they're lost their power to harm.

Today I have an appointment with the city photographer to be posed standing beside one of the new markers for the Bay Trail and the new national park. Worked over the past year as an advisor with the development agency's planning staff, the result of which are striking 18' markers in the shape of the prow of a ship -- lean and graceful and no more than 18 inches wide - with a permanent large plaque in full color attached at eye level -- telling the story of the war years. They're wonderful! There are 8 of them spread out along the edges of the park boundaries at the shoreline. Today I will be joined by Antonio Medrano, a Latino retired highschool teacher, who also served as an advisor with the planning group. Both Antonio and I have had the honor of having our words used in two of the plaques -- describing aspects of the state of civil rights and civil liberties at that time. Together, these graceful sculptures tell the story of the homefront struggles. Today's photos will be used in the weekend papers to announce the dedication ceremonies being held on Wednesday, November 17, at the site of the installations.

Yesterday I experienced a few seconds of discomfort when a newsman from the El Cerrito newspaper announced his presence in the room at the beginning of our plenary session -- but the feeling left quickly. In fact, it is only in this moment that I recall his image there in the third row ... .

As I've become fond of saying of late, "I had no idea that I'd live long enough to be black history!" but that seems to be what's happened. Even being a reluctant Rosie has its rewards. My directness and non-confrontational style may serve to release others to tell how it really was, before we paper over the truth of those times with platitudes and genericism and lose this opportunity to re-visit the ugly parts of our national past and make the necessary adjustments for the sake of future generations.

Meeting those young educators yesterday was a reminder that we've always had those who were working hard to "get it right" and that we still do. Maybe we will prevail after all, even when the shadows grow long for some while others are stepping up into the light and leading the way. It has always been so, or so it seems this day... .
Posted by Betty Reid Soskin at 9:49 AM No comments: 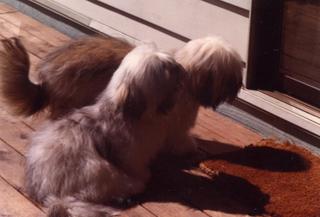 Have written a couple of blogs only to have them go "pouff!"

into cyberspace as I hit the Publish Post button. Didn't have the heart to try to rewrite. The words only make sense when they flow naturally. Guess that's why I'd never have been able to do any serious writing. The re-write would have lost meaning for me; another metaphor from my "music" self; ashes and embers ... .

I remember one evening long ago when Bill was downstairs in the library working on a grant proposal. I was alone upstairs -- sitting with my guitar before a crackling fire in the grate -- strumming and feeling warm and cozy and pleasantly idle. In the flickering half-light from the fireplace that kind of meditative mindset forms and a song started to shape under my fingers and in my head. In a few moments I was singing the "newest most beautiful song in the world" and it had to be shared. It was always this way.

As the last notes sounded and I knew it was saying "truth," I picked myself up -- almost tripped over Sang-Sang (one of our two Lhasa Apsos) and invaded the library. "Hold that thought and listen," I called out to Bill on the way down the stairs. He smiled. I jumped onto the back of the sofa, bare feet tucked into the pillows, and got ready to sing. Bill gave the platen on the typewriter a gentle thrust at the end of the line and, obediently answered the call.

It was a song about us. It was lovely. He listened intently (or with feigned interest, I wasn't sure) and as I struck the last chord and sang the last note he clapped with delight. His next words I've never forgotten:

"That is so lovely, dear, and think of how wonderful it will be when it's finished!" I was crushed. It was finished. There was nothing more to say. The little song was my truth for the moment. I could add nothing. He could see my obvious disappointment but understood little, so continued. "I'm been meaning to tell you, Hon, that I'd like to request that the university allow you to enter the music department as a special student. It will be so wonderful for you to learn to go deeper -- to fashion just the right word or phrase -- to have the joy of composition that is so enriching to real composers -- the polishing and refining of words and phrases in a lyric... ."

I fell silent. He was puzzled. How could I explain to him that my song was what it was. Complete and unchanging. If I tried to alter a word it would become something else. He would never understand that these were momentary little explosions of "truth," ephemeral and mercurial and always only related to now. The next moment would include this moment, with the resulting subtle but important shades of difference. I could say that now, but at that time I lacked the confidence to hold my own in the company of one with advanced degrees in the academy.

I believe that this was the last song I ever wrote. Unlike the legendary composers to whom Bill must have been referring -- I'd never thought of myself as anything more than quite simply a "song maker-upper." I'd done it all my life, I suppose, with none of the self-consciousness of "composing." It had been my way of taking the rich material from inside and moving it outside where I might better understand it -- whatever it was. "Making up songs" had never required any more from me. It was truly a gift. Hearing the music in my head and having the ability to translate it through my instrument and voice to better tell others what it meant to be me, I suppose, was enough.

And you know what? I've always suspected that those "legendary composers" with whom Bill would have placed me were probably less free than I, and though I knew next to nothing about the rules of harmony, I was nonetheless applying them or it would not have produced music. Strange; but quite awe-inspiring when you think about it.


In the wake of the disastrous election results and the fears they've generated, why on earth am I thinking such thoughts now? Don't really know. Though it all probably fits with the ease with which I slipped into thoughts weeks ago about music and refreshing my technique on the guitar and clipping my nails (as if to get ready for what?) and the trip to Tupper & Reed for a new music book...do you suppose?

Is it that "using information before it arrives" phenomenon?

Haven't my creative urges generally come in times of trouble?

Does this mean truly difficult times ahead?

Or, am I simply looking for a way of escape; some exit strategy?

Photo: Tuptin and SangSang were a beautiful pair of Lhasa Apsos; a gift from Tarthang Tulku, Rinpoche, Bill's guru at Padma Ling Tibetan Center in Berkeley. The first week they arrived the chewed up the entire bottom shelf of books in the downstairs library! We loved 'em anyway.
Posted by Betty Reid Soskin at 3:51 PM No comments: