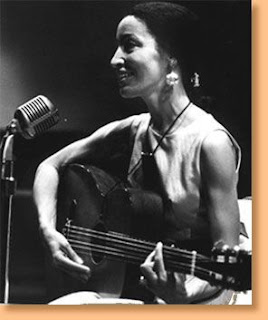 But at the top of the list is a very surprising email message received a few days ago from a publishing house in Chicago, the head of which -- in a few sentences -- informed me that he'd been looking for me for a very long long time, and he then shared a few words from a song I'd written and performed many years ago -- maybe 50?

At first I thought there must be some mistake, and responded with my doubts, yet, the song was clearly one I'd written long ago ... .

It was quite lovely.  Wind Song was written during one of our annual trips to Asilomar for Stebbins Institute of the Unitarian Universalist Association.  The kids and I looked forward to sharing that mid-August week with other UU families each year, building friendships that have lasted our entire lives.

The song was later picked up by a filmmaker, Charles Peterson, and used in Farallon Light, a documentary about the impending removal of the centuries-old beacon that had served on the island  to warn seafarers of hazards -- but also to serve as protection for shorebirds along the Pacific flyway --  instead of automated surveillance that could not provide enough of the necessary protection along the usually fogbound coastal shoreline.  I believe this prize-winning film influenced the decision to maintain a small team on the island supervised by the Audabon Society.

Wind Song came out of that rich yet personally painful period, but had been buried deep in the suburbs as our lives moved us in and out of one marriage and into another; the kids grew into their own lives; and I gave up my secret life of singer/composer of art songs in favor of a multitude of new edges to live out of into the next decades.  I'd truly moved past young Betty and deeper into the political activist/merchant/ranger Betty of today over those many years. 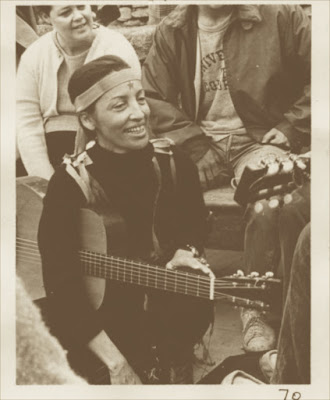 Shipley is seeking to include it in a compilation album along with other as-yet undiscovered artists of the 50s, 60s. and 70s.  How he ever found this obscure recording so many miles from its place of origin is a mystery I'll never understand.  About 3 years ago, another collector contacted me to announce that he'd turned up another of my songs ... once "out there," art seems to never die, I guess.  I marveled at the miracle and allowed the interest to return to the past without revelation.

You can imagine how Ken Shipley's message would reawaken those long-forgotten embers by breathing oxygen over them at a time when -- only last week I'd given a disk on which 7 original songs were etched -- for consideration for including in a documentary about our family; a work now in production.  After more years than I can count, here was my music stubbornly coming to life again in unpredictable ways, and having to be dealt with. This time I would pay attention.  This time there was a context in which it might live again.

Shipley included in his email the link to the little song.  Someone had taken a recording of my quite lovely little voice singing to my own barely adequate guitar accompaniment -- added a bass and flute -- and, Voila!, young Betty sounds quite professional, and with all those intervening years now past, I can now listen to her without ego or passing judgment, as if in the third person, and find myself responding to her as "audience."  Amazing!

Can you imagine having your younger self emerging into a suddenly-exploding life of "the nation's oldest park ranger," at a time when your older self is being caught in a flurry of floodlights and peering into camera lenses and speaking into microphones, giving interviews to Der Spiegel, the BBC, CNN, ABC, CBS, etc., none of whom has ever heard of young Betty the singer/composer!  She snuck up on all of us, and I'm not certain what to do with her at this point.

I will be leaving in 3 weeks for Washington, D.C., to serve on a panel before the Congressional Black Caucus Conference,  then to New York mid-week for another commitment, and then back to Washington for the grand opening of the new African American Museum on the Capitol Mall.

Surviving a home intrusion burglary may have been easy compared to trying to juggle September on the East Coast where my 95th birthday will be spent along with everything else, and now young Betty turns up at this late date -- opening yet another door into a fast-fading and very fragile future ... .
Posted by Betty Reid Soskin at 4:25 PM No comments: