I'm puzzled at how touched I am by the passing of Senator Ted Kennedy ...

...almost as though he were a beloved friend -- someone with whom I'd shared life experiences. Strange. All the more strange because the feelings bubbled up from a place inside about which I was unaware; a place where resistance to his magic had been locked over many years.

I was in his presence only once. Some years ago I attended a Congressional Black Caucus weekend in Washington, D.C., where then president, Jimmy Carter, addressed the crowd at the Hilton Hotel gala. Carter was a simple and unassuming man who appeared comfortable in this African America crowd and his few words of welcome were less impressive than the fact of his being there. I remember feeling the thrill of simply being in the presence of a president of the United States.

Just before he arrived other dignitaries greeted the crowd. I can remember feeling more than a little put off by Teddy Kennedy who seemed to push his way through the crowd to get to the mike, and who greeted us brashly with a feigned southern drawl overlaying his thick Boston accent that was condescending -- insulting. I remember coming away with very mixed feelings, including the suspicion that he might be drunk. The table where we were seated was too far away from the podium to be certain. I can't recall ever speaking of those feelings with anyone since. Maybe I wanted to give him the benefit of the doubt, or, maybe there was some hint of greatness to come. I truly don't know. But, for whatever reason, those old unexplored feelings were nowhere in sight as I listened to the eulogies of those close to him. The incident surely came to mind, but it was now in context. This was a part of who this giant teddy-bear of a man was. Maybe taking on the idiom and cadence of blacks to the extent that he could was simply a part of his reaching out. And ... maybe it was no more than an embarrassing display of bad taste. Perhaps it was an example of a man desperately wanting to relate. While listening to his wife, his children, nieces and nephews, those with whom he's worked over the past 47 years to improve life for the least of us, I felt the resistance melt away. In its place came the tears, and a willingness to believe that many have been inspired to carry on in his wake and that "the dream will never die."

There are those who have walked among us who touched lives far beyond their reach, times, or exalted stations in life. Is this what we've come to recognize as immortality? Few reach that level of eminence, but surely this man did, and he did it -- not by becoming godlike -- but by retaining his humanness to the end.

Could it have been because he was obviously flawed, mortal, vulnerable? Perhaps.

Watching and listening to his humanness as described by countless friends and those with whom he sparred politically over time has been so revealing -- as much about something within ourselves as about this imperfect man who grew into his greatness without leaving the essential "Teddy" behind.

Even from this great distance, the contagion of the Kennedy Dream may live on through those who will succeed him.

And maybe -- at least for this weekend, we're all Kennedys.
Posted by Betty Reid Soskin at 12:20 PM No comments: 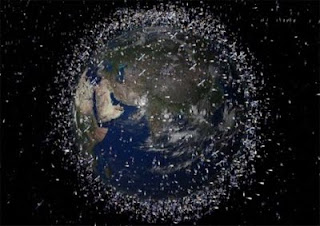 Okay; so now that I've dug in with fingernails (no easy feat with balled fists!) to climb back on the planet ...

where do we go from here?

Surely it was the contrasts lived out over the past couple of weeks that knocked me off kilter ... hitting the stratosphere with Rosie's Girls one week then plummeting without warning to the depths as the sirens screamed relentlessly on mean streets and talk radio pundits smirked their hypocrisy hour after endless hour reminding me that it is sheer madness to pay cable for the privilege of allowing them into my home to corrupt my sense of well-being by creating the illusion that what is local is universal and that the whole world is aflame ... .

Fortunately, most of life is not lived at those extreme edges, but somewhere in the middle -- and today it appears that I've regained my equilibrium and -- if I stretch tall enough -- I can again peer over the countertops of life. Trauma is known to reduce even the apparently invincible to 6 year-old status, and that's about where I wound up last night. A good high-volume unrestrained sobbing session combined with a hot cup of Swiss chocolate with or without marshmallows does the trick if backed up by enough years of good psychotherapy, reminders of a loving family, good friends, and meaningful work to fill the days.

Resilience, thy name is Betty.
Posted by Betty Reid Soskin at 1:52 PM No comments: