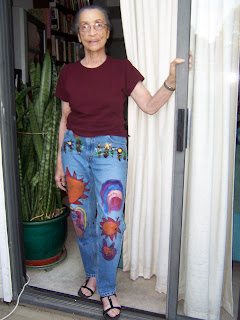 The day after my trip north I returned to a very special gift of Dorian-designed happy blue jeans... .

And boy-oh-boy was her mom in desperate need of some genuine happy blue jeans!

One of her instructors, Andres, at NIAD (Nat'l Institute for Artists and Disabilities) led her through the process of painting on textiles -- little different from painting on canvas, I suppose. And how beautiful they are -- and how impossible it is to carry around sorrow and pain while wearing your happiness on your bod!

I have rainbows, flowers that were never wilter, cats and dogs, suns-of-power-to-transform-feelings, and besides all that there is a giggle packed lovingly into each pocket. 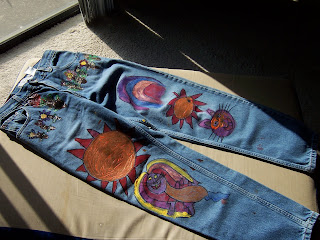 I'm planning to light up the very next out-of-uniform event. It wouldn't surprise me one whit to discover that they glow in the dark!

Such finery makes up for an awful lot of stored up misery.

(And, yes, I'm splendid in both directions. The back is gorgeous, too!) 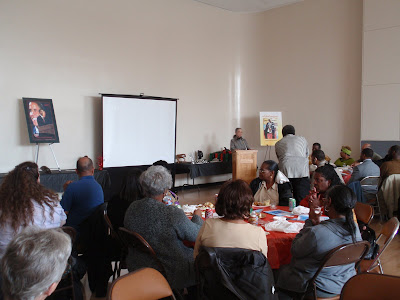 Black History Month has come and gone ... will it one day be folded in with American history?

Might just as well. As the great Dick Gregory used to say, "...they gave us the month with two days missing, anyway!"

Perhaps that will take a bit longer to achieve, but we're working on it.

This year it was easier -- less of the generic to deal with -- with the great Inaugural events to report on; the trip to Washington, D.C., and sharing thoughts about what it all means.

The city employees hosted their annual luncheon with speeches and great food and so much to celebrate. I'm doing a bit better at the celebrity thing, but it's still not quite "me."

Sad note: I hope you've read the obituary published today at the death of John Hope Franklin at the age of 94. What an impressive man -- and what an exceptional life he lived. The grandson of a slave who rose to great heights as an educator. Black History Month was his brain child. Please take the time to do so if you've haven't.
Posted by Betty Reid Soskin at 8:33 PM No comments: 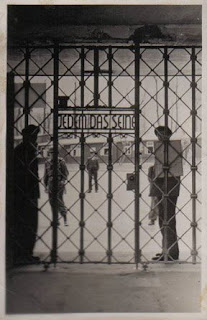 Another argument for transparency ...

I've been unable to shake the disturbing flood of feelings upturned over the past few days; feelings that grew out of the visit with friends from the past. In thinking back to Thursday evening I realized that -- though many years have passed since our last visit -- the ability to enter into intimate conversation was so powerful and so fast that it was less than an hour into our visit that I began to learn things about Don that had gone unspoken over many years of friendship. It provided further evidence of just how natural is this sense of urgency that is now a part of my everyday being. Talk among peers is rarely "small" anymore.

He is no longer the young husband of my friend, Jewell, and the father of 3 lovely little girls. He is now 86 and a veteran of WWII who landed on Normandy Beach just one day after D-Day. Perhaps it was the fact that we've reached the apex of our lives and are now re-tracing our steps ... I don't know. For whatever reason, he rose and went to his room to bring back recent writings which he wanted to share with me. (He'd mentioned that he was leading a creative writing class for men at his church.)

Don settled back into his chair and searched through a sheaf of papers and came up with a most moving piece of writing. It was his account (read in the calmest of voices) of having visited Buchenwald on the second day after it was liberated. It was brief; little more than a scant half-page; typical of my friend -- New England terse. It was stunning in its restraint -- leaving room for the imagination to soar through the giant empty spaces left between words and the moments of brief hesitation as he read. Time had not softened the impact of the unspeakable images on the mind of this kind and loving man sitting now in this built-with-his-own-hands beautiful home deep in the redwoods. He'd wordlessly communicated to me (his old friend), "this I need you to know." The silence, when his voice stopped, was weighted with the not yet spoken.

Don had been in the room during my presentation at the college that afternoon -- which obviously cast him back to the era of WWII. The presentation placed us both in that history; a walk back through time that we'd avoided over all the years.

I drove home yesterday with a 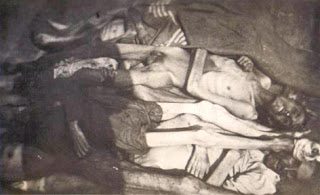 copy of my shy friend's account of the holocaust tucked into my bag -- never ever having guessed that he'd been carrying around those images since they were seared onto his brain long ago. Small wonder that his chosen career was one of compassion -- that of a social worker. Or that he would have been so actively involved in trying to save the world from its self-inflicted wounds. He was as motivated by the horror he'd witnessed as I am by my own family's history -- so deeply grounded in slavery.

Long after the Fords had gone to bed I found myself tossing sleeplessly on the sofa bed in their living room; wondering what kinds of secrets we all are holding to our detriment? Blogging has saved me from taking mine to the grave, but what about others close to me? After Don's revelation I suddenly felt an urgency to know -- to scream to elders around me to please speak their truths to one another. Find someone, anyone, with whom some of the awfulness and (perhaps more importantly) the wonders that we've lived can be shared and lifted from the entrapment of our minds. Which brought up the certainty that dementia is surely one mechanism created by the brain to withstand the pain of remembering the unthinkable.

Is it possible that my generation is as often as not slipping quietly into our graves taking those critical lessons learned with us? Are we bleeding away the power to learn and change, progress, and evolve by silently clutching desperately to the most horrific of life experiences instead of shouting out the warnings and leaving visible markers for succeeding generations to follow?

It was only moments later when Don read a second piece consisting of a short poem: It described in a few words how -- when he was 12 years-old -- while on a family outing, he a 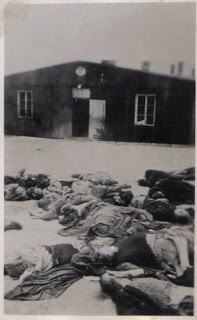 nd his brother had walked into a stream on a dare and only he had returned. He spoke of no one in his family ever taking the time to talk with him about his younger brother's death by drowning. I felt a huge responsibility to react in a way worthy of his trust in me -- but the trauma in the listening outweighed any attempt to find a response fitting to the moment. All I could muster was a timid completely inadequate, "thanks, Don."

It was this double-whammy that set off the depression that followed me the next morning up Highway 101, through from Cloverdale, Yorkville, Boonville, Philo, Navarro, the redwoods, up the Coast Highway past the historic town of Mendocino to Tom's and the intended brief respite at the ocean's edge.

It was impossible to chat idly over dinner that night -- about bank bailouts, presidential appearances on Leno, credit default swaps & derivatives, the First Lady's upper arms, White House victory gardens, etc., and there was simply no place to tuck away the new awareness of the kinds of pain so many of us are squirreling away into the back recesses of our minds day after day as we age into oblivion.

Small wonder I'm having such a hard time climbing out of this emotional abyss this Sunday morning ... .


Yet -- tomorrow will bring another day of increasingly important work and another opportunity to help to shape a park that holds the power to help us to better understand that period of unprecedented social change. A chance to influence the way we examine that history -- placing the bottom low enough to capture the worse of what we've been as a country and a world -- in order to understand (when measuring against today's reality) just how huge is our capacity to grow and change.

What a challenge, and how on earth do I have the audacity to imagine in my wildest dreams that I have the power to do that? I don't. But we do. I know because we've already done it. And I've lived long enough to know that -- to have a real sense of just how that story is ending -- if,


Note: See Cbreaux Annex (under my photo above the archives), click to read Don's writings.
Posted by Betty Reid Soskin at 11:45 AM No comments: