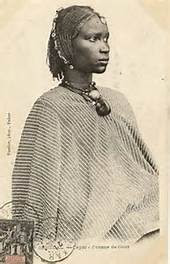 In a much shorter time than might have been anticipated, total recovery appears to be at hand.

Not certain how to explain it, except to say that within the first hour of my work day, yesterday, the chance to talk about the disaster of my last theater talk came within the first hour.  Together, about 3 friends and I  huddled around a small space heater, knee-to-knee, at the front desk before the arrival of the day's first visitors to try to analyze what had happened that had upended my sense of self as an "interpreter" last Tuesday.   This allowed me to talk it through.

"Fear, itself" was threatening my sense of security before growing audiences that resulted from the new public exposure of the PBS national tree-lighting specials repeated several times over the holidays.

Apparently, this was all that was needed to begin to regain the confidence in my work because two 1-hour talks that included a 15-minute film separated by a 1-hour break went off as smoothly as it had before that trip up the Yellow Brick Road.  Taking control of my space; sitting at the front of our little theater on my plain wooden stool as visitors filed into the little theater, played an important role (as I'd suspected it might), and I was completely in control again.

And, yes, it was that simple.

The small theater was filled to capacity twice, and it was magical -- as before.  Adding a second presentation eliminated the pressure of a lobby filled with lines of ticket-seekers which had resulted in disappointed people being turned away from that less than successful event of last week.  The pressure had simply not been allowed to build; pressure that I'd apparently picked up at some subliminal level that may have caused the disconcerting sense of the loss of control.

I'm a very good Betty, but not a particularly good celebrity, I think.  That may take skills that I don't come by naturally; skills that I just don't have the time, the patience, or even the wish to develop.

That may be only for the young and ambitious, and neither applies to me.

Lately I've come to view myself less as an Interpreter than as a Griot, the legendary carrier of the oral histories of African peoples.  Somehow that puts the emphasis on what my work consists of as I define it to be -- and less as an outer-defined discipline/career path with specific learned practices, procedures, and goals.

It's as a Griot that I'm effective, and only I can recognize when and if I'm being successful in the role. This ancient tradition may have been transformed into something now called Interpretation -- and  today will be recognized as such in the world of the National Park Service.

My generation is centuries beyond the traditions and cultures of the Continent of Africa.  Why I would so strongly identify with that history defies any reasonable explanation.  That the strength of those influences would overwhelm my completely western upbringing may well be a testament to the power of the ancient ways of humanity.

But it suffices to say that I'm now comfortable in my own skin again, and all things Griot have returned as before, and the magic is again at hand.
Posted by Betty Reid Soskin at 4:30 PM No comments: