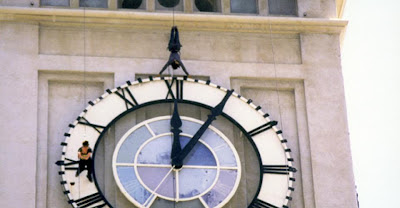 "Between me & the Other World" and the unrelenting passage of time ...

Choreographer/Historian Joanna Haigood's brilliant work combined with the artistry of the amazing dancer, Robert Henry Johnson, has served to completely unsettle my world over the past 24 hours.  Yesterday's experience evoked so much more than was apparent during and after the performance.  But, I hasten to add -- that didn't prevent me from speaking up during the Q&A that followed the presentation.  I suppose I had to speak if only to relieve the tension that arose in me at the performance's stunningly dramatic ending.

Since this was a workshop production of a work-in-progress, it was performed sans stage sets or costumes, and was done before an "insider" audience of good friends, patrons, board members, potential funders, members of Zaccho Dance Theater company and staff, and some I recognize as performers from the theater world of San Francisco.  I caught a glimpse of many I've either known or been audience to over the decades.

Johnson's solo performance was rich in imagery, mood, and culturally "black" in a way that I've rarely had access to over the recent past.  From the media in all its forms, black culture is delivered through white "derivatives" who have perfected their delivery of the genre so successfully that we tend to forget that the source lies at the very root of our being, and that -- like "painting by numbers," a kind of faux black culture -- not dependent upon skin color, race, or life experience -- has been universally expropriated by others and cast into the mainstream; a place we've only recently been allowed full access to.

In that lull just before sleep, I tossed and turned restlessly.  I wondered why the tears midway through the performance?  In fact, I was brimming several times on the drive home, and it was evident that my Q&A responses had not been nearly deep enough to dislodge the emotional blockage causing the tears. 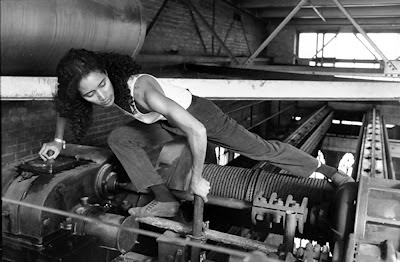 I'd told (again) the story of my great-grandmother, Leontine's having been born into slavery in 1846 and of my having therefore known my enslaved ancestor since she lived to be 102, passing on when I was a 27 year-old mother of two. The piece had ended with a depiction of a caged almost bare Robert Henry's glistening agile brown dancer's body crouched and straining helplessly against the bars of a restrictive metal enclosure.  It was an image that immediately brought to mind slavery and of Mamma, and (I thought) brought the tears.

Much later I realized that the hurtful response was more closely related to the dance movements that had taken us through a vast array of feelings and emotions, high points and low, all in the vernacular of what I recognized as "blackness."  The dance was accompanied by images projected against scrims and videotapes and a selection of music that was as evocative as the movements -- but it was the message in the sequencing of the work that had been so devastating!  And therein lies the problem. The opening of the piece saw a well-identified confident young black man, strutting, strolling, ambling, with images interspersed with well-defined characterizations of mood and color; and grace.

All of that life of victory and pain we were taken on over the course of the piece ended in disaster!  My life's trajectory appears to have been in a straight line that starts with enslavement (Mamma) but ends in victory over circumstances that at times lie beyond me.  Here the choreography reversed the process, and -- though I would agree that the battles have surely not all been won, in these final years -- I'm feeling so vindicated; so fulfilled, so respected, that when I was forced into that cage with the dance; it was painfully disturbing, so much so that I couldn't allow the "defeat" that I was feeling to be voiced, but gave it other words of explanation -- the story of my Mamma.  But make no mistakes -- it was I in that cage with Robert Henry.  The generational destruction has reached into my life, and haunts me still, as surely as it has in all those around me who have lived the black experience.

Just before sleep, I realized that I'd been fooling myself for far too long.  That I'd been convincing myself that my fate had been shared by all others of my race -- and that we'd all moved so much further along the journey toward equality than is true in fact.  That artists like Joanna Haigood and Robert Henry Johnson are cautioning us to not opt out of the struggle so quickly as to lose one another and leave our cultural legacy behind by either error or arrogance.  I've always suspected that -- while some of us were trying to get into the "front of the bus" during the Black Revolution," Dubois's "talented tenth" were trying to get into the country club! Haigood's work is a constant reminder that either we all reach the Promised Land, together, or, none of us can.  And that, should we reach it stripped of our culture, we may be lost among those devoid of that which makes us human.

I will need to re-read DuBois's The Souls of Black Folks once more.  Then I will wait for the next staging  of this important work-in-progress to see just how far we have gotten on the road to better understanding our gifts as well as our legacy.

Writing this has been therapeutic.  I can feel that lump in my throat quietly dissolving.  The dry sobs that woke me in the night have gone away.  This may not make sense to anyone else, but it does to me.

Note:  Something has happened to time in this; surely my tenth and final decade. Time has collapsed in on itself.  As future diminishes, both past and present have begun to merge in a kind of simultaneity that is strange and new.  The distances between generations are disappearing, so that only the affect remains.   Human history is becoming my history.  Wish I understood more about the phenomenon, but it's relatively new, but if luck holds out against the ravages of its passage -- watching the aging process as it occurs may be as exciting as living it has been, and the approaching ending of my time more natural and less terrifying.

Posted by Betty Reid Soskin at 8:42 PM No comments: 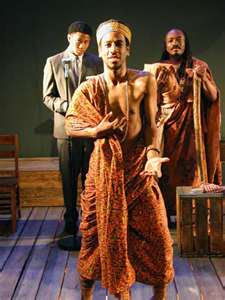 Experienced a visit to an earlier time yesterday afternoon (echoes of the Nu Upper Room) ... .

The show had been advertised through an email received a few days ago announcing this event at one of the small theaters in the old Mission district of San Francisco; a work in progress from the studios of noted choreographer/historian, Joanna Haigood, whose artistry has played out in the back of my mind as a theater experience I've wanted to see shared ever more broadly -- one of the uncompleted projects on my life's agenda. Haigood's "Invisible Wings" was performed some years ago under the auspices of the Golden Gate National Recreation Area (GGNRA) of the National Park Service, so this isn't so far-fetched as one might think at first blush.  After several attempts -- the cost of production and lack of budget has kept that particular dream from being considered in any serious way.  But it still haunts me from time to time.


If you've been reading this blog for a while (or if you'll enter Joanna's name into that little search bar above the banner to bring up earlier posts) you'll know that I've entertained visions of having her dance company, Zaccho, performing on the SS Red Oak Victory -- high up in the rigging -- for what seems an eternity of changing park staff personnel and budgetary cutbacks. 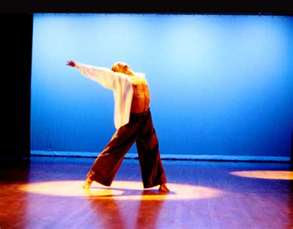 Lately I've been finding that vision rising to the surface again, and there is a real possibility that there may be another opportunity to bring it out again for consideration, and I've been taking informal steps to re-start the conversation.  This time it might be as the centerpiece of a future Home Front Festival.


It was because of this renewed interest in that project that I called my friend, Jennifer, to arrange to attend an emotional and somewhat disturbing afternoon of Joanna's deeply-moving new work-in-progress based on W.E.B. Dubois's book, "The Soul of Black Folks."

"It is a peculiar sensation, this double-consciousness, this sense of always looking at one's self through the eyes of others, of measuring one's soul by the tape of a world that looks on in amused contempt and pity.  One ever feels his two-ness -- an American, a Negro, two souls, two thoughts, two unreconciled strivings; two warring ideals in one dark body, whose dogged strength alone keeps it from being torn asunder."

The title given to yesterday's workshop production is "Between me and the other World." It will probably be at least a year in development, and if that experience was a forerunner of its power in a more completed form, this important piece should place solo artist, Robert Henry Johnson, among the dance world's most celebrated masters.
Posted by Betty Reid Soskin at 1:04 PM No comments: