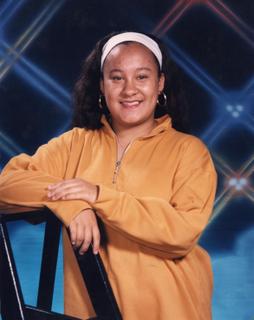 This has been a week for feeling old ...

and there's something quite appropriate about that, isn't there? The reminder from Miss Ginglehopper momentarily pulled me out of the "peer" status that I enjoy so much of the time with those far younger than I, especially in the workplace. It served as reminder that -- if I'm to remain truly centered -- I must not allow myself the illusion that the world I'm moving around in so comfortably much of the time is my own. It belongs to another generation that formed just a few decades behind me, and many decades behind the world of my grandchildren. The power is now in the hands of those in their midyears -- 40 to 65 -- and since that's the world of our president, I'm finding that leadership pretty disconcerting.

I wonder what the world looks like to a generation of twenty-somethings whose advantages have been so sharply curtailed by a nation that is obviously in decline on so many fronts? The choices open to my grandchildren are limited by a nation at war, an incomprehensible national deficit, a time of crumbling institutions, and a dizzying rate of change.

Simultaneously, it is a time of unprecedented technological achievement; the promise of the elimination of fatal diseases through stem cell research and application; and the growing public reaction to the need for reform of our justice system. And -- just possibly -- the world's growing determination to be at peace will overtake the efforts of the warmongers in her time.

Thought a lot about that in those productive moments just before sleep last night.

I'm not all that sure that we've learned a lot over the years. When I was Miss Ginglehopper's age, my world, too, was at war. We saw the dropping of the atom bomb that many saw as ending World War II and thereby saving many lives. I remember the horror that I felt for what our "civilized" nation had inflicted upon the world -- and the fear that consumed my life for many years -- fear of the day when some country would see us as the scourge upon the earth, a role we at that time assigned to Germany and Japan. Would some country one day remember the Enola Gay and the destruction of Hiroshima -- and obliterate us from the planet in retaliation for what we had done? As a person of color, I wondered why the Japanese were bombed and not the Germans? Were they expendable because they were not white, therefore less than fully-human? Was it possible to be black and not wonder? Was it likely that we who lived in a racially-segregated country would ever see it differently? I still don't know the answer to that question.

All of those questions come alive again for me as I watch the horrors of Guantanamo, Abu Graib, and the ruined lives of 2 million American prisoners (mostly of color) rotting away in a metastacized prison system, only 1% of whom are considered violent and/or incorrigible.


I find myself wondering now why (during the Sixties) I'd so gullibly assumed that racial integration would solve all of our problems. It hasn't. The list of African Americans who are now counted among the corporate and governmental elite is significant, yet I can find few among that illustrious bunch with whom I could have a reasonable conversation, or in whose opinions and policies I would find of any comfort or agreement.

And that isn't all that soured on the racial integration front. (And to think how hard I worked and marched and protested and petitioned for that cause over many years.) Something precious was lost in that process -- but I'm not sure how we might have done it all differently.

Is it possible that we placed too much emphasis on blackness and not enough on the black agenda? The list of people of all races and skin colors who worked sacrificially for the black agenda is long and filled with names of the selfless; those clearly recognized as people who were able and willing to bear the pain of our growth at a time when that was the greatest gift they could have given. It was rough at times, for us all, but we've made it. We're making up the constituency of the Progressive movements (Progressive Democratic Caucus, MoveOn.org, People for the American Way, Code Pink, NAACP, ACLU, the Urban League, etc.)

What I hadn't expected for myself is that -- as I moved ever more deeply into the political mainstream, my black identity became more and more important to me. Integration as a way to lose myself in the diversity of a changing country just didn't work. Instead, in later years (after the political and social gains had been at least partially-achieved), the African American story rose in prominence in my own life. My race may have been a problem to others, but it certainly was less and less of a problem to me. As my pride and comfort level rose with maturity, my confidence grew as well. The older I became the more solid my pride in my racial background and a family history that reaches back to a time that precedes the Revolutionary War and the establishment of the nation by at least 100 years.

I'm not sure how old one has to become, or just what experiences one needs to go through to find this place upon which I now stand so arrogantly, but I hope Miss Ginglehopper can find some shortcuts. Maybe the accelerated rate of change will work in her favor and by the time another five years has elapsed, she'll begin to find the ground just a little firmer beneath her feet.

It's at such times as this that I'd love to feel that I might hang around just long enough to see her safely launched.

... then there's always the chance that she's already taken her first steps in that process and that it won't be necessary to worry her home ... . 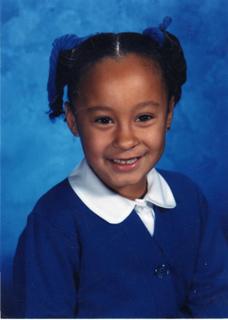 I've sometimes wondered how I would feel the day that my grandchildren discovered my writings. Though this has been a journal always intended as a gift to them someday when I am no longer around, there has always been the risk that one of them would happen upon these stories one day. It's happened.

Arrived home from my weekend in Mendocino to find a message among the spam that had collected that started with the words ... "was reading your blog and ..." which meant that someone was writing in response to my blog. The user name was not familiar. The signature jogged my memory and I grinned to myself as I saw but a few loving words,

She'd found me. This was my twenty-something granddaughter. I remembered that when she was a very little girl I'd sent her a note (or a birthday card, maybe?) that was addressed to

She was such a little girl. How on earth could she have remembered? Yet she had. And here we are a grandmother looking at 84 this year and a mature young woman in her twenties. And even these many years later, this bit of whimsey was still at work making magic. We never know what will be retained, do we? I don't believe that we ever spoke of that card or that silly little name game, but it had been tucked away in that place where children place such things -- to be brought out lo these many decades later to serve as a deep love connection that has defied time.

And these pages will serve to introduce her to a woman she's rarely been allowed to see. And she will now become a part of my story, with little fear that I will invade her privacy. I'm afraid that I know as little about her life as she's been allowed to know about mine. That's the life process, and follows the pattern that kept my mother's life a mystery to me, except for that which bled through the distance between us.

There is so little that I've lived that will hold any relevance to the world that she will grow into. The rate of change has speeded up to the point that "Miss Ginglehopper" will inherit one that I struggle very hard to read. But through it all, there may be a word or phrase here and there that may provide some landmarks that will help her better read her own.

I so love you, Sweetie! Welcome to these pages, and I sincerely hope that you'll find yourself here somewhere. You've surely been one of the souls to whom I've been speaking since these pages were started a few years ago.

Hope that I've made the case for what it means to be me ...

That's an awesome thought, isn't it?

And finally we have an instance where that overused word does not overstate the point.

Posted by Betty Reid Soskin at 8:57 PM No comments: