For Director Heather Hiett's accounting of the Sea Shadow caper ... .

This is the link that will take you there.

(click to enlarge)
Posted by Betty Reid Soskin at 8:10 AM No comments: 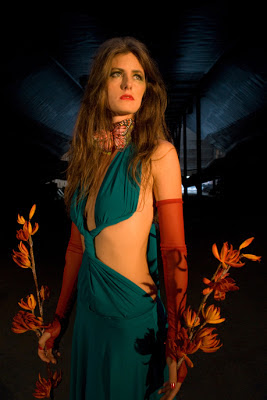 Let it be a dance!


Maybe words are not really needed  ...


True beauty speaks with eloquence enough to command attention without the spoken or written word ... .

Maybe its name is Faith.


It was less dance than simply movement  -- from somewhere deep within.  It felt wonderful to be
responding spontaneously to the exotic sounds filling that cavernous space after decades of voluntary wall-flowering.  I'd forgotten what it was like, and found that just yielding to the rhythms was sensual, heady, intoxicating.  How long has it been since I'd allowed myself to simply surrender my body to the moment?  The only thing that mattered was now!

How my Big Sur poet friend, the late Ric Masten, would have enjoyed this scene!  I fell asleep last night with a fragment of one of his songs, "Let it be a dance!" playing against the night:


... everybody turn and spin

Let your body learn to bend
And like a willow with the wind
Let it be a dance.
A child is born, the old must die
A time for joy, a time to cry
So take it as it passes by
And let it be a dance ... !

Ric would have so loved this scene.


Photos by Heather Hiett
Posted by Betty Reid Soskin at 10:30 PM No comments: 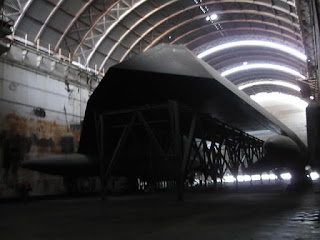 ... as if I didn't live life in a constant state of surprise ... there was still the unanticipated, totally out-of-the-blue and spectacular introduction of this bizarre chapter in the ongoing saga called "... So You Think You've Seen It All!"

It was an ordinary afternoon of rangering at the Visitors Center when my cellphone vibrated in my pocket.  Surely this was another of the frequent calls from Dorian -- calls that I've had a lifetime of having to accept.  My daughter is incapable of understanding that there are hours in the day when Mom is inaccessible -- and Heaven knows this time it just could be that emergency that is always in the wings waiting to happen ... but it was my niece, Gail, calling from the Out Back,  a little dress shop where she works part time -- and that is the informal Point Richmond gathering place for some of the community's most interesting women. 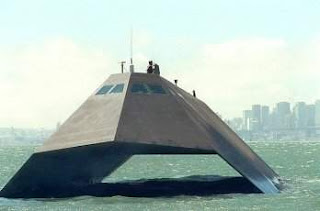 "How would you like to be a fairy-spirit in a filming to be done day after tomorrow?"  Just my kind of madness, and before she added the rest of the story I was already on board for another adventure.  I stopped by the shop later in the afternoon where I met Heather Hiett, photographer/surfer/exciting artist and director of the project; was outfitted with the suitable gown and jewelry for the shoot; and given the details that were head-spinningly exciting!

Leslie, one of the Out Back patrons and her husband had recently purchased at auction, the Sea Shadow.  This is a secret ship developed by the CIA at Lockheed during the Seventies.  It is currently housed in the humungous hangar-type Howard Hughes-built structure in which it was constructed, and that now sits on a great barge moored at Treasure Island in San Francisco Bay.  Intrigued?  So was I.

The condition of purchase was that whoever acquired the vessel would have to dismantle it within two weeks -- and into pieces no larger than 5 feet.  (Now why would anyone want to do that remains a mystery.)  However, while it remains intact, a group of photographer/artists would have a last chance to use it as a setting for concept pieces that would exist beyond its life.  The 4-hour afternoon event would be videotaped, simultaneously, from many angles for a variety of projects -- that I'm assuming -- will be designed in the editing process.  The finished projects will be posted on YouTube.com; become podcasts, still photographs, etc.

We gathered last Wednesday at the site; Faith, a statuesque and stunningly beautiful model and her little daughter, 6 year-old Athena; Leslie, who -- with her husband -- is the current owner of the ship; Dori, the beautiful District Attorney of Marin County; and Betty, the ridiculously late-blooming author of this blog!  Dori and Leslie were wearing masks and wings, but my mask was my own, and my wings were the white scarf that would allow me to feel airborne -- and it did.

It was early evening, and we were being filmed underneath the Sea Shadow with the Oakland skyline behind us through the opening of the HMB-1 superstructure that held us all.  As a tape of exotic music played and under glaring lights, we (the spirit-fairies), would emerge from the shadows and dance toward the cameras.  It took only a few minutes to accomplish, but -- in my "fashion-forward" chiffon garb with a filmy scarf I emulated a kind of ectoplasmic ethereal Theodora Dumbkin spirit.  What a wondrous experience!  It felt great to be dancing after years of wall-flowering!  I may be the only 91 year-old fairy you'll ever see, but let me tell you -- it was absolutely magical!