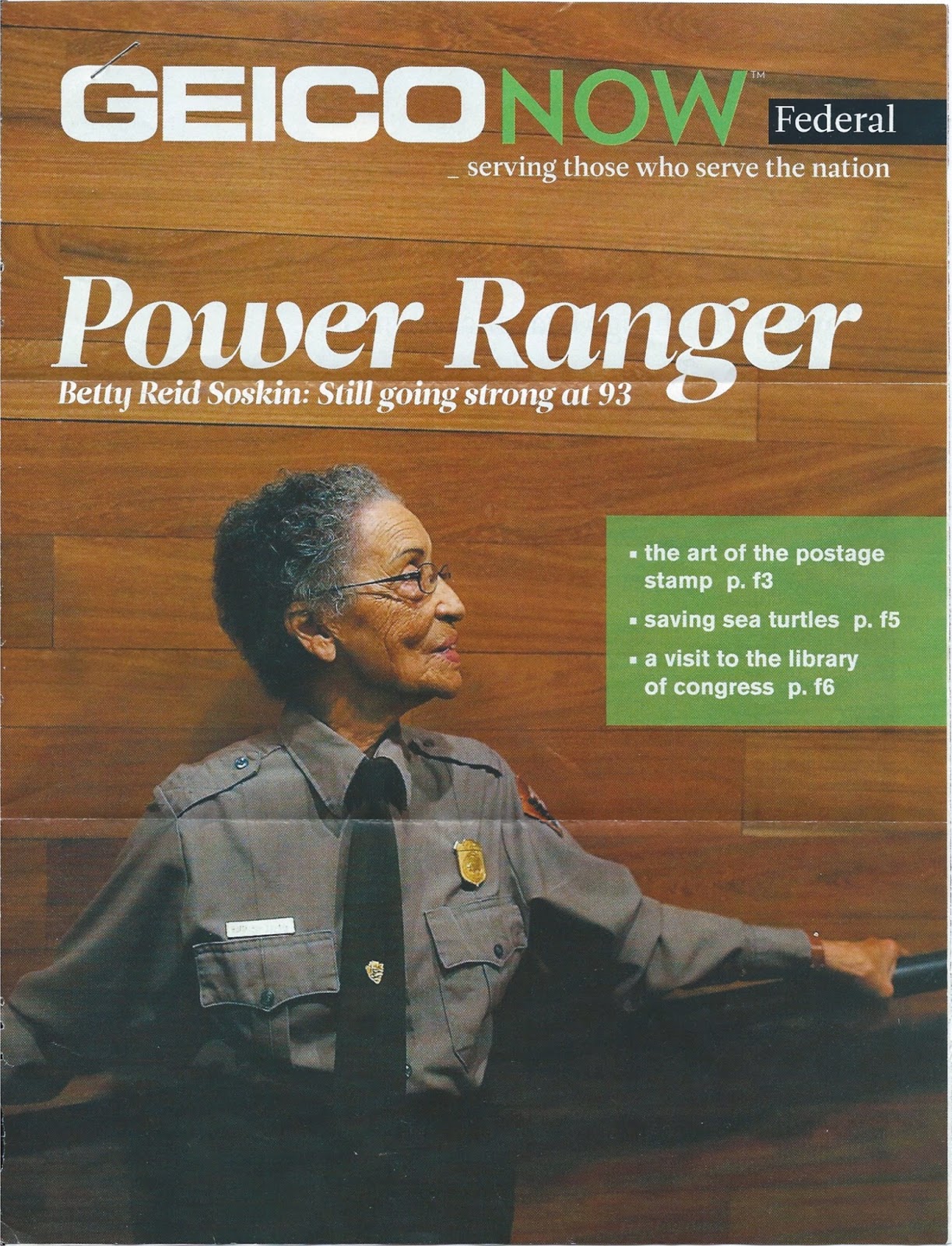 
Posted by Betty Reid Soskin at 9:20 AM No comments: 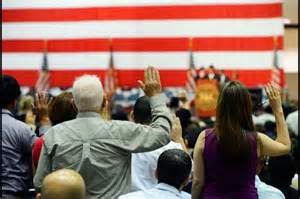 Black History Month has now faded into the past, and it's on to Women's History ...

... but before we do that there's March 3rd, Naturalization Day, to get through, and at the invitation of the Department of Homeland Security, I'm to give the address welcoming new citizens and their families and friends on Tuesday in the Craneway Pavilion of the historic Ford Assembly Plant.  This important national event is co-sponsored by the National Park Service, and is staged at many national parks throughout the nation.

It's an honor to have been asked to do so again this year.  I gave the speech two years ago, and those upturned faces -- so filled with emotion -- as I looked down from the platform ... I wonder if anyone remembers a word of it?

I know that the feelings in me as I delivered my words were almost overwhelming.

I'd spent days before trying to justify being the deliverer of those words of welcome.  How could I possibly be asked to give assurance to these new arrivals that the land they were entering would live up to their hopes and expectations?  Especially since my personal history contained generations of pain and anguish of those enslaved in a political system still struggling to overcome its violent past. To have survived into the present under decades of Jim Crow and broken promises offered little comfort.  Could I do this without yielding to hypocrisy and denial?  Was this what my great-grandmother, Leontine Breaux Allen, would have wished were she alive today? Would she have preferred retribution?  Could I do this while remaining true to myself? 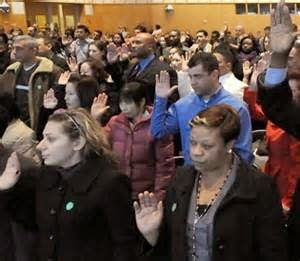 The answers arrived at two years ago came about after many hours of tossing and turning, doubts, and sometimes tentative and temporary affirmations.  Those few words that found their way to the paper were arrived at after days of slash and burn editing and tears of frustration. I'd assumed that this would be a one time experience, and that, ultimately, the act of thinking through my position on such an important subject could serve to reinforce a commitment to my work as a federal employee operating inside the circle.

In the end, the speech evolved into a simple but honest statement of my beliefs and a believable declaration of my patriotism.  My sincerity had been sorely tested.

Several weeks ago -- when the request came to be the keynoter for this year's program, my immediate response was, "oh NO!"  I could not go through that again.  No one should ask that of me.

... then it dawned that this would be a totally different audience of new Americans, and that the agonizing is now in the past.  I'd lived through this test of my patriotism; no one was asking that of me.  I remembered that I'd posted that speech on my blog at the time, and that all that was needed now would be to copy and paste it into readable (double-spaced text), and we were good to go!

(Go to the search bar -- top of the left side of the screen, above my picture and the banner, enter Naturalization Day and the speech will pop up after scrolling down.)


Posted by Betty Reid Soskin at 1:26 PM No comments: