If David inherited his father's talent for promoting events and a dedication to hard work ...

our eldest son, Bob's, legacy appears to have been the artist's side of his mother's.  His passion for expressing himself through music and teaching have been with him since childhood.  Fortunately, he has been able to pursue his love of the arts throughout life by a dogged determination to define life on his own terms, and along the way was able to meet and work with his idol, Pete Seeger, who modeled that same lifestyle magnificently.  Bob had the opportunity to participate in the Clearwater Hudson River Cruises on several occasions.  To have known the Seegers over the years on numerous visits, provided  a grounding in his youth that probably could not have happened any other way, and helped to shape the wonderful way he moves in the world. 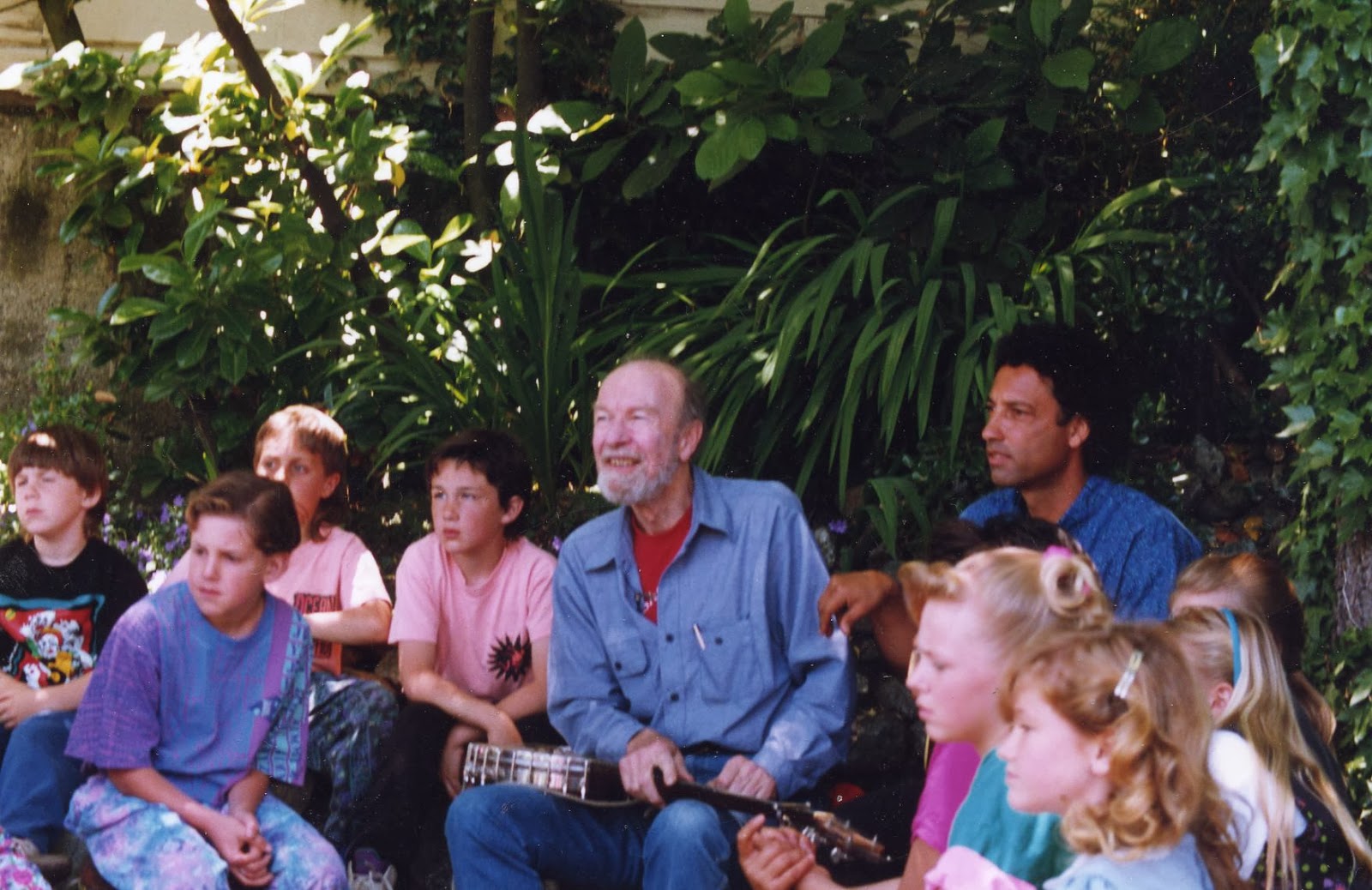 Pete's life will be memorialized by a Bob Reid solo concert at the Kuumbwa Jazz  Center in Santa Cruz, 320-2 Cedar Street, and I wouldn't miss it for the world.


My sons have grown up to be men whom I greatly admire.  In these later years each has grown to be friends I cannot imagine not having had in my life.


If you're not busy, let's meet in Santa Cruz and pay homage to the universally-loved Pete Seeger with his greatest fan, my Bob.

Posted by Betty Reid Soskin at 6:34 PM No comments:

This article appeared in the East Bay Express in 1988 ...

It provides some background to the history of Reids Records.

You'll need to double click on it to enlarge print, or use the Zoom feature from the menu. 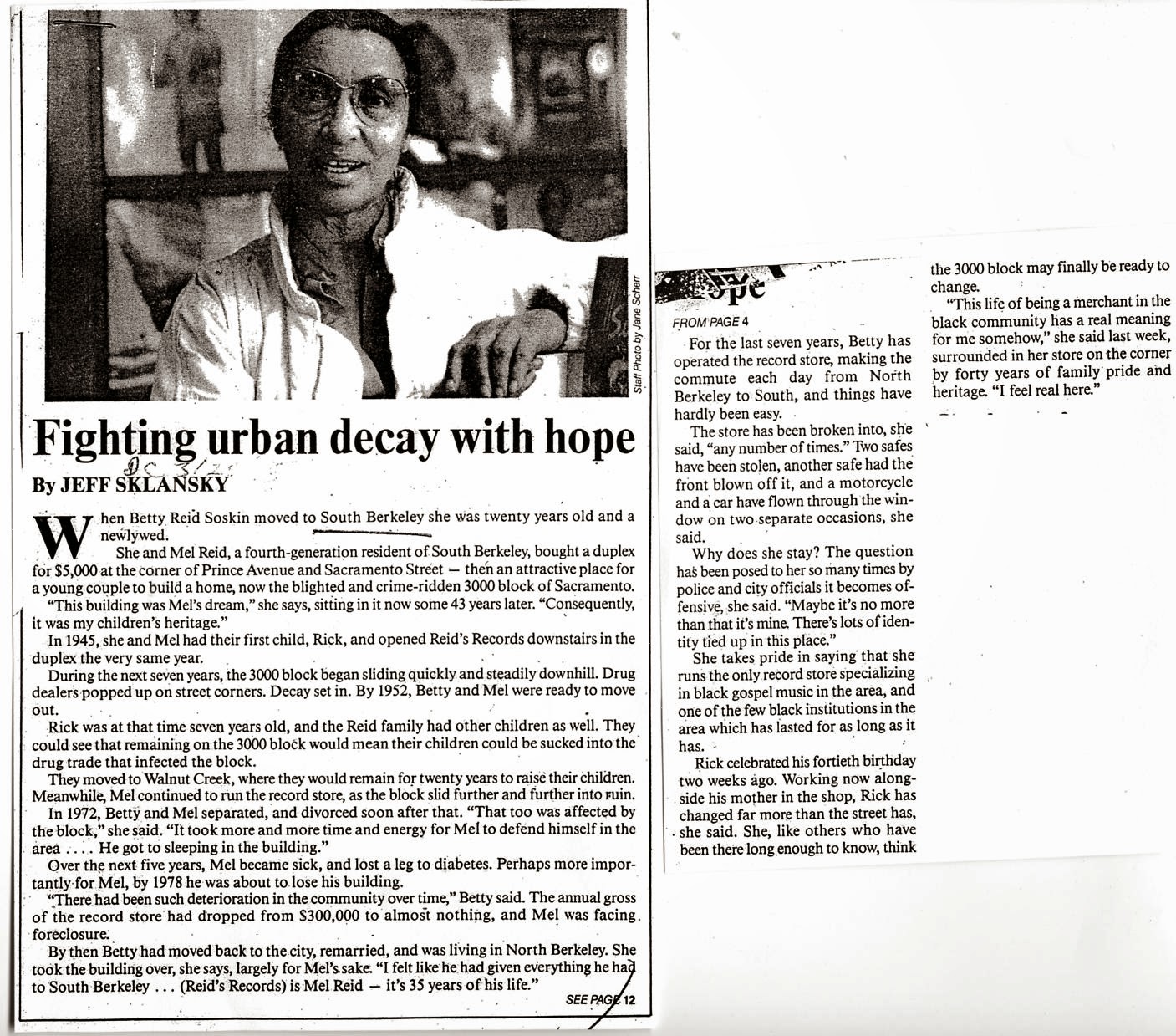 Posted by Betty Reid Soskin at 9:18 PM No comments: 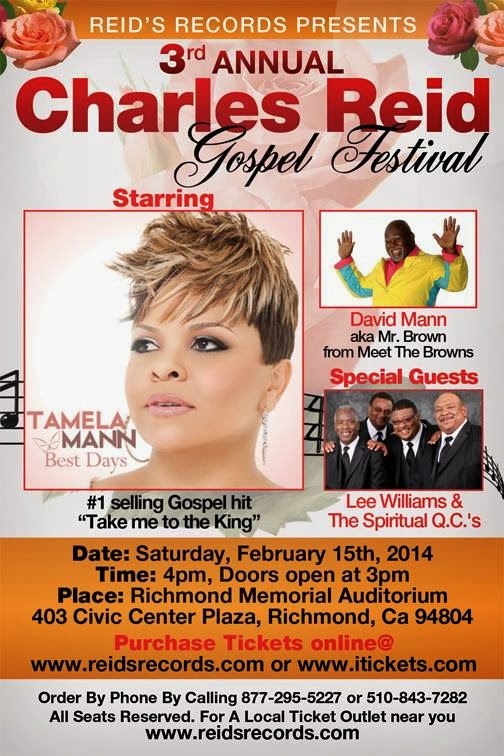 Posted by Betty Reid Soskin at 5:33 PM No comments:

Posted by Betty Reid Soskin at 5:07 PM No comments:

It was a busy week at the Visitors Education Center ...

The production team from the Naval Media Center at Ft. Meade, Maryland, arrived for a week of shooting for the profile they're developing as content for the Armed Forces.  The team is led by a wonderful young African American woman, Ms. Princess Hester, Senior Producer/Project Director,  who was certainly on top of her subject, and so easy to relate to.  Her competence and mastery of her craft were clearly evident, and in addition she was warm and comfortable to be with.

We met at the Visitors Center on Tuesday for the filming of "B Roll" footage (I haven't the least idea of what that means), to fill in gaps in the material they'd gathered earlier in December on their first trip to Richmond when we'd done an hour-long interview.

They caught me at a point where I was still coming down from Saturday's personal encounter at Daly City, and (unfortunately) I didn't really feel up to the task at hand.  I lost control in the middle of the interview, and stopped long enough to explain tearfully the "why" of it, and the work ended rather abruptly.  I have no idea whether or not the camera people were still filming or whether the cameras were turned off, but having not spoken of the incident until that moment; having only written about it here as a way of processing what had happened -- this was the first time I'd given voice to those feelings.  It left me with a feeling of having failed to fulfill expectations, and they'd come so far ... .

The team was going to be filming at the WWII Naval Refueling Station at Point Molate on Wednesday, and I had planned to join them there but had forgotten that I had a 2 and a half-hour bus tour scheduled until noon, so couldn't do so.

I was aware that one of their goals was to research the naval presence connected with our national park, and had tried to support that work by searching out that history behind the scenes.  I remained in touch with the producer by phone, but due to a full work schedule, I was unable to rejoin them.

I'm curious to learn how their visit to the site of the tragic explosion at Port Chicago on July 17, 1944 went.  They were accompanied by another ranger from our staff, and he and I have not been in contact (that was on Friday) since then, so I'm out of the loop at this point.

Meanwhile, the article from reporter Jan Sluizer of the Voice of America was published on the Internet and aired on radio worldwide midweek.  The interview turned out well.  Can't figure out how to move it into my blog, but will do so as soon as that mystery is solved.

Now I'm needing to dig into Liberty Village, a nearby 100-unit housing development built by the Navy in 1942 -- and Admiral Emory S. Land, the person who enabled Henry Kaiser's historic shipbuilding under an emergency contract, is a new character -- and one who played a major role in what occurred here in Richmond.

From October 1, 1932 until April 1, 1937, Land was Chief of the Bureau of Construction and Repair. In this position, he played a major role in submarine development leading to the highly successful fleet boats of World War II.
Land retired in 1937, but on February 18, 1938 he became Chairman of the U.S. Maritime Commission, overseeing the design and construction of the more than 4,000 Liberty ships and Victory ships that flew the U.S. flag during World War II. Land concurrently served as Administrator of the War Shipping Administration (WSA), established by Executive Order 9054 on February 7, 1942.[2] Thus Admiral Land exercised authority over both construction and allocation of non-combatant maritime assets to Army, Navy and commerce.
Admiral Land was also instrumental in overseeing the establishment of the United States Merchant Marine Academy, located in Kings Point, New York as a commissioning source for officers entering the Merchant Marine and Naval Reserve in World War II.


This history is still in the process of being revealed, and I'm positioned to help to shape its interpretation.

What a time to be alive and still able to contribute meaningfully ... by remaining engaged.
Posted by Betty Reid Soskin at 1:19 PM No comments: