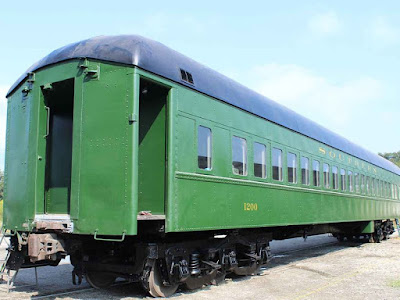 I can barely see my computer through eyes tear-swollen from hours on end of sobbing ...

This day, like so many others of late, are filled with seemingly disconnected yet book-ended vignettes brought to life by events I'd never before seen as related ... .

It was the massacre at El Paso:

Upon watching the awfulness of the weekend's horrific killings I fell further and further into a deep depression without recognition of what was happening.  And it wasn't what was the unbelievably dreadful scenes on the screen, no, not at all.  Instead, the mind images were quite different -- giving me a feeling of being out of control -- out of touch!  I'd been here before.  There was a familiarity about this phenomenon; it was at this point that the convulsive sobbing began:


The year was 1935.  I was fourteen, and traveling to New Orleans as the West Coast family's delegate to the celebration of Mamma´s birthday in St. James Parish.  I distinctly remember my mother's telling me (as she pinned my ticket to my coat lapel at Oakland's beautiful 16th Street railroad station) to be sure to watch for the Pullman porter when we reached El Paso because that was where we'd cross the Mason Dixon Line and would officially enter the South.  That he would let me know what to do.

I would have had no reason to know that the Mason Dixon Line was that place where the Free States were separated from where the Slave States began,  and that it was at El Paso that this historic line was crossed.  I'd grown up in California and, though much of family lore involved stories of Southern bigotry, it was balanced off by a home life rich in Creole cultural traditions. 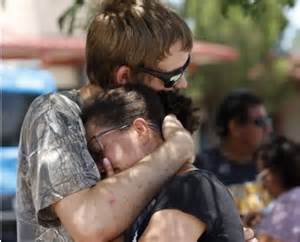 We'd been traveling for many hours, days, over a barren arid landscape of sagebrush and sameness hour after-hour, when the train noisily expelling steam lurched into the station at El Paso, Texas.  I'd gathered up my things and readied myself to watch for the porter without knowing just what would happen ... so it was with adolescent excitement, and little fear.

As I watched the porter approach in anticipation and eagerness for the next adventure, he paused at my seat, tapped me on the shoulder with the words (spoken quietly), "please follow me."  There were about a dozen Negroes of all ages lined up behind him in the aisle.   We were about 3 passenger cars back from our destination, and would continue adding to our numbers as we obediently followed.  We were being led to the Jim Crow car, a coach that was the closest to the engine, behind the mail and baggage cars, to where the smoke and noise would be greatest.

We, Negroes, were being marched past the "Privileged," the "Supremicists," to a separate space lest we contaminate, taint, those who were white-skinned.

I joined that little procession excited and expectant, but by the time we had walked through 3 cars of grinning, staring, or simply disinterested, white people, I'd gotten the message.  The lessons had been learned.  Shame and humility had been absorbed through every pore.  I would carry them the rest of my life after that long and awkward march of disembodied shame and inexplicable humility.  This would be the moment in history when my racial identity would be forever baked into my being; where my black identity would become irrevocably fixed.

It's interesting that what I took away from that experience was not that degrading and embarrassing lurching march through those passenger cars, but how wonderfully that trip came to life once we "colored folk" were together in that Jim Crow car; how the porters gave us extra pillows and blankets; how the waiters in secret plied us with the best from the diner (where we would not be allowed to enter through to the end of the trip); when those picnic baskets packed with fried chicken and sandwiches prepared lovingly by those southern folks who knew the drill and had come prepared for the sharing.  The warmth of the partying that went on, once the harmonicas and a battered guitar surfaced, is with me still. I remember no sign of resistance, no comment on what had just happened to us, I even recall the thought that -- if those white folks learned of how much fun we were having, they'd put a stop to it!  But we were bound together in a silent acceptance of "God's Will," or of whatever this was, but even at 14 I was made aware by that experience that I was part of a larger family, at least temporarily.  I believe that this is what sustained me through the Sixties, that feeling of an unbreakable relatedness to that greater cause.

This was the "We" of Me, and it was born in that Jim Crow railroad car just a few miles outside the City of El Paso, by benevolent Pullman porters, and that little band of "Strangers of Color", who shared enough love to take this pretty little stranger across the North/South barrier, the infamous Mason/Dixon Line.  A girl who was living proof of what white nationalist's fear most of all.  In my racial ambiguity -- my lightly caramelized skin color,  I was that mongrel that happens if you let those little white and black kids go to school together; if we don't keep 'em separated in every way, they might love one another! 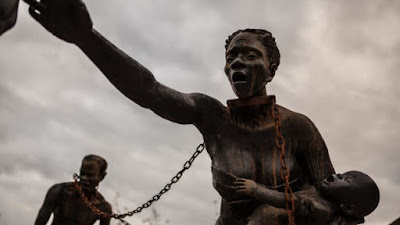 I do remember several hours of paralyzing fear when two uniformed armed guards boarded the train in the middle of the night and entered our car with two manacled and ankle-chained convicts (white).  They were obviously being transferred to a prison somewhere along the run.  The four were seated behind a makeshift partition, but were clearly within sight of those of us not yet asleep.  Strange. Ironic.  As I recall, they were only with us for a few hours, but the fears ran deep, and to this day add insult of a kind that eats away at a young girl's fragile sense of worth.

That walk in that little procession of shame was tucked away for over a long lifetime in that mind space wherever we stow that which is impossible to understand or process.  Until a time in life when one has found enough strength to face the pain of the experience. Until now.  Until it explodes from within ... .


But there were also lessons learned by those we marched past in those three train cars,  lessons affirming the rights of white supremacy and privilege -- lessons that were/are so deeply embedded in our nation's DNA -- lessons that are false, deceptive -- lethal, lessons that have this day in August of the year 2019 robbed 22 Texans of their lives, and 9 Ohio-ans as well, and thousands and thousands of other innocent citizens across the centuries, plus 4000 black souls who were brutally lynched in the years following a never processed and still being fought, Civil War.  Six million Jews whose lives were lost in the ovens of Hitler's Germany.  Lives lost in endless wars against Terrorism.  Lives sacrificed upon the Altar of Racial Purity! Lives lost in the futile quest for White Supremacy.

It is the children and grandchildren of those passengers, and others like them, who are now dying in a hail of bullets as suicide killers in these mass murders.

How long must we live this horror?


Only through these tears do I begin to fully understand that young Betty who returned to California, and -- a year or two later -- would respond to the drama teacher's admonition after the moving reading of Maxwell Anderson's Winterset, Mariamne's love scene to a hushed audience of other teens, when, after class, she would say, "... we know you read that part very well, Betty, but you do know that we can't possibly cast you in that part?  You're playing a scene with Eddie Baptiste who is white, and his parents would simply not be pleased.  I'm so sorry."  My response (that I remember to this day but never quite understood until this moment) was, "Of course. Whatever was I thinking?"  That I would passively drop that class and join the public speaking class being taught by Mr. Bill McLaughlin, making myself complicit in the madness.  Shame and humility ... .

This Winterset story remains so deeply embedded that it was included in my book, Sign my name to Freedom.

That sense of shame and humility was shed long ago, as these pages surely show.

So why can I not stop crying?

Posted by Betty Reid Soskin at 6:04 PM No comments: