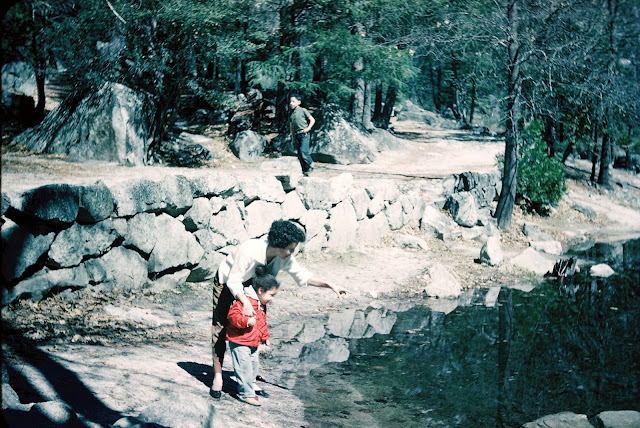 
Posted by Betty Reid Soskin at 7:40 PM No comments:

I'm not certain what I expected on Sunday -- as I waited to be picked up by a volunteer driver from Indivisible Berkeley.  I'd watched the gatherings being staged earlier in the day at Civic Center Park, and admit to some apprehension while watching the violence that began to mount, the arrests, the multiple units of  police from not only Berkeley, but borrowed from surrounding cities.  This was going to be momentous.  Berkeley, the home of the Free Speech Movement of the Sixties, was now the center of this latest onset of the Alt-Right, KKK, the Militia Men, madness, and I was as caught up in the anxiety it produced as anyone else.

What on earth could I say at this Indivisible Berkeley gathering?  I knew that the mid-day events would be where the greatest actions would happen, and for that I was quietly grateful.  Even my track shoes -- when you're approaching 96 years -- are no guarantee of safety!  I'd done all this back in the Sixties and Seventies, and was far more fit then, though at 116 pounds dripping wet, I can pretty well hold my own, even now.  But our event was being held in a church from 5:00 'til 9:00.  I figured everyone would be pretty much heading home by then and there was little need to worry.

Upon arrival I was ushered into a large meeting room where there were many whom I recognized from an earlier time of political actions.  They were greyed and maybe a bit  more rotund now, but these were the stalwarts who'd spent the past years since we last met sending out thousands of postcards, stamping envelopes, scanning lists and completing thousands of phone calls related to various elections cycles, they were still here, still working hard to bring justice and equality to this nation.

I was assigned to a front row seat reserved for speakers and it was only a few minutes before it all seemed all too familiar.  The faces.  The subject.  The potluck dinner laid out in disposable aluminum trays on long tables out in the hallway.  All of it now a blast from the past!  It was hard to smother the grin that kept threatening to spread inappropriately over my attempting-to-be sober face at the thought that any moment now we would all burst into Kumbyah and I would find myself once again among like-minded folks like me, all feeling righteously placed together in the here and now.  Even the subject  - unclear until this very moment -- which remained unclear as my name was announced and I joined a youngish Rabbi (openly Gay) with a cause of his own,  but who seemed willing to ad lib whatever might be required of us, as was I.  Together we approached the platform to begin our panel. The surprise for me was that I'd been here before.  There was really nothing new here.  I'd lived all of it long ago.  I've lived long enough to have entered re-runs!

Not one vile thing being shouted over past weeks by the Alt-Right was new for me.  The thing that changed was that the last time I'd seen this kind of poison being spewed publicly was back in 1953 at a time when I dared to confront the ugliness full-faced and found myself in a situation where I was defending a young black couple who were trying to move into a housing development in Pleasant Hill, California, and attended a meeting of the Improvement Association -- sat among them for an interminable period of time as they spewed bile that was so vicious -- all because they hadn't recognized me as one of the "undesirables" (niggers) they were attempting to keep out because my skin color is ambiguous.  Just two miles away, my family had been living under threat for two years as "... those niggers on the corner of Warren Road and Boulevard Way, yet here I was not recognized.  I was there (in my innocence) to tell them that I understood their feelings, but that this would soon pass and they could not prevent those two young people from assuming their civil rights.

I interrupted one of the most vile statements I'd ever heard, "... if we can't get them out any other way, we can use the health department on the basis of the filthy diseases they will bring in!"  It was at that point that I stood up and walked to the front of the room, seized the microphone, and spoke for about ten minutes before breaking into tears  and running out to the parking lot to my car.

I've written that experience here in this blog (available if you'll type in that little white search bar at the top left corner, Pleasant Hill.  It should pop up.

The major difference between then and now is the fact that -- like many other brave young black families across the country we were paying a heavy price for daring to defy the naysayers and cross those barriers, exposing our children to what was then the "Alt-Right" of our times.  We were doing this, each alone and isolated, finding our way painfully but with determination toward an America that we knew underneath it all, existed, and was changeable.  And we are no long alone and isolated.  Our numbers have increased immeasurably, and growing with each day.

Social change was happening so fast in the Bay Area that the same community that forced our little family to live under threat of life and limb, 20 years later sent me to represent them as a McGovern delegate to the Democratic Convention in Miami in 1972.

The only thing that was different on Sunday was the fact that those awful words are now being heard throughout the country through social media, and everyone is now able to hear them  There's nothing new for us stalwarts who survived through those painful years.  Nothing could be more damaging to the body politic than for us to drive those voices back underground.  They must stay out in the open where they can be confronted with Truth.

The issue is less racial equality at this point for those of us who served as the vanguards for change, it is Freedom of Speech, which must be protected for us all.  We've moved past our personal struggles for basic human rights to this more abstract level of principle.  Those marchers in our streets are of every race and ethnicity known to man. That's a kind of progress we don't seem to have recognized yet. I want those dreadful words to get wide coverage so that everyone can, experientially, gain the knowledge that only a few of us were struggling through over that painful past.

We are paying for the mis-education of white folks who truly believe in white supremacy, and have never been more threatened than in these times when such beliefs are almost impossible to defend.  The numbers of the enlightened have grown so far and so fast while their numbers are diminishing -- the fears must be devastating!

I say, not only allow those voices to be heard, but attend -- silently -- listen to them attentively (as I did in the Fifties) then -- when you can no longer endure it, walk out with your back to the awfulness back into the light.

I'm strongly considering the possibility of attending the upcoming Ann Coulter gathering on the UC Campus.  I suspect that I was inoculated against her kind of corrupted thinking long ago.

On Sunday it all became clear for me.  My generation did it's best with much to celebrate, but what we failed  to do was to leave a clear pathway to the future we were wanting to see.  We left a void that Antifa has begun to fill in.  Those young people's hearts are in the right place, but the only way to counter this particular brand of poison is with more speech, not violence.  Violence is always counterproductive.  We don't need it.

The work must go on.

Wish I could convince them that there were lessons learned, and that the changes we've been working so hard for have already happened.  And, yes, even after that long and traumatic struggle to overcome without losing my soul, this I still believe.

Look around you!
Posted by Betty Reid Soskin at 7:25 PM No comments: