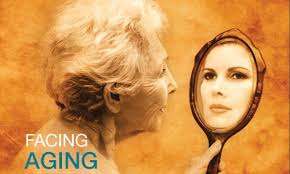 A request to participate October 4th in a one-on-one interview in New York for the Atlantic has stirred up some random,  though not very focused, thoughts about the need to face the fact that -- despite the lateness of the hour -- I may need to begin to plan the next phase of being Betty.

Since I'm in the uncharted waters of Life, I don't think I can be blamed for not seeing this need before now.  The maps with which to navigate these next few years do not exist.  Facing the fact that there are so few of us left to carve out the pathway forward is sobering.  I'm quite literally living into times where there are few models, and those that do exist are as limited in their outlook as I am in mine since we really don't have much to go on, much less to plan for.

Everyone around me seems to be surprised that I'm not only still here, but am still functioning at an acceptable level, with few signs of diminishing capacities.

I've been figuring on just staying on until I'd outgrown my usefulness to the Parks -- assuming that I'd recognize that state when it arrived -- and then go straight to the cemetery.  That seemed a workable plan as long as all on board were in agreement, and there are still no signs that I've reached a maximum level of productivity, and our audiences are still filling the little theater for each of my talks.  Little  need for much thought about the inevitable.  Time would surely take care of that.

However, there has been a growing change in requests for my involvement, and it's quite specific:  While I'm still sought out for off-site presentations around interpretation, history, environmentalism, etc., there is another issue creeping into the mix; aging as an important issue in a time where that surge of Boomers are approaching these later years, and may be seeking an alternative to the Adoration of Youth model of aging.

Those of us -- and there are an increasing number -- who have somehow found ways to continue active lives with a purpose; have perhaps escaped the lure of plastic surgery; have pretty well embraced these years without fear and as natural to be enjoyed for what they uniquely bring; a period of summation and completion. 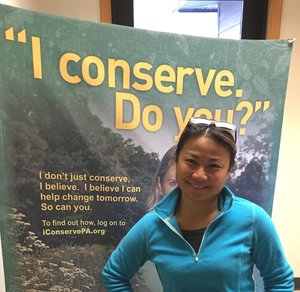 Perhaps, without intent, I've become a model for that alternative, or for something like it, and requests for public appearances are becoming less related to my National Park role as to that of being a representative of my generation, a generation now reaching into their mid-Nineties.

Do you suppose I'm needing to begin to look into that more closely?

Has the time arrived when I should be leaving the park service for this new role in these final years, as an Ambassador for Old?  That book that I've finally written will be published in February, and I'm guessing that it will push me closer to that new career as spokeswoman for the PolyGrip Crowd!


Did I just hear someone utter that word that I've rarely allowed into my consciousness until now?

Maybe not that, but a more fitting word -- Transition.

Now to figure out how to blend roles: 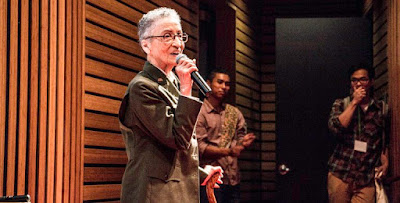 Speaking last week at the David Brower Center in Berkeley for PGN-ONE (People of the Global Majority), to about 200 young People of Color at their second annual national conference -- young adults of every conceivable racial mixture; people like me.  I was looking into the future; contrasting their world with that of my generation in a ten minute talk that brought enough excitement to me as anything I've ever done through all my years with the Park Service!  They've finally sorted themselves out from the rest of the world, and identified themselves as"Other", and proudly!  These were my peers, if age were not a consideration.  Here was the WE of ME!

Given the power of unprecedented communication, unlimited ability to travel, the Internet, technology, mobility in general, this is what the world's population will look like in the not too distant future.  And any notion that miscegenation befouls the human gene pool proves to be totally absurd.  We may even enhance it!  It was a moment that resembled my presentation on  the Google campus in Silicon Valley last spring when I was privileged to have a chance to step into our technological future for an afternoon.  This was the equivalence in world demographics, and through my work I get to be a willing witness to and participant in -- all of it!

Lots to think about, right?