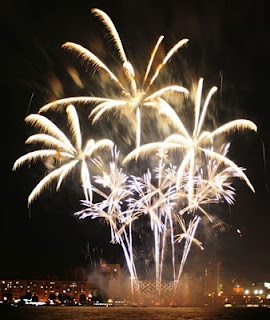 Writing that last entry brought musings on mortality and new inevitabilities to ponder... and every indication that I'm still processing Lottie's death ... .


Yesterday I found myself jotting the first requests in my calendar for public appearances for next year; for January and March.  I'm certainly aware of commencement ceremonies at California College of the Arts the week of May 14th; and that my term with the National Park Service is due to end in July of 2011, unless extended.  It will all pass so quickly -- with little sense of control -- unless care is taken now to gain some sense of order over what time is remaining.  (That's time as in a years, decades, and nearly a century of a lifetime.)


Which brings me to the need to begin to plan -- and I'd love to include visits to other park sites in that planning.  There is so much still that I'd love to experience before too much more precious time has passed.  In the course of my work I can still do that, I believe, even in my role in the NPS, maybe as an extension of that work.


With my sister's death a few weeks ago, I'm reminded that I was so grateful -- even in grief -- that she didn't have a long period of lingering half alive and suffering in unmitigated agony.  Though I have no idea how long she knew that the end was near or what fears she endured; the family had little warning before she slipped into eternity.


I remember in 1987 while lying at the foot of my father's hospital bed as we shared his last hours (at the age of 93) -- during a blinding flash of insight -- that it may be just an illusion that medical science has extended human life.  To me it seems more likely that what has been extended is death. His death process claimed the last ten years of his previously productive life.  My proud father spent his final decade blind and bedridden and totally dependent upon those around him.


Since I have another birthday in 3 weeks (yes!).  After 70 they come every 6 weeks.  Time is becoming more of a constant presence in my life.  I'm considering giving it a name, and issuing it a serial number!  How that which remains is spent is critically important if only to me; not to be squandered.


... and .. after due consideration (of at least the last ten minutes) ... I see little reason to not proceed on the trajectory that has brought me thus far into the 21st Century!


How's that for a simple declaration of intentions?

Posted by Betty Reid Soskin at 4:45 PM No comments: 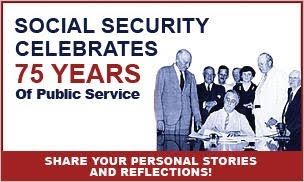 Strangest thoughts keep rising to the top ... as I push back as if to confine them to some "crazy" corner of my mind ... still ...


They might be accounted for by the weird life of contrasts I've lived over the past 10 months since Dorian's accident.  On the one hand I'm embraced by a world of the young by day in the service of the national parks system, with exciting challenges, always.  But that world comes sharply to a close at four each day on my return home with senses tuned down to Dorian's intellectual capacity by some magical process that is activated between the gathering of the mail and the turning of the key in the lock -- as I trade my place in the world of a park ranger for my place in the scaled-down dimension that her mental deficits confine her to.  After sharing supper, the choice is either to sit at my desk and commune with my MAC, or, lie down beside her on the bed and watch the Disney Channel through our feet -- all in the interest of not having to hold a conversation.  Mind-numbing describes life over the past traumatic year of daily hospital visits, wheel chairs, endless paperwork, unanticipated changes; a way of life that is now coming to an end.


Lately -- in order to minimize the need for mindless chat, and the effort to better understand a developing phenomenon -- I've been watching the oral history tapes received from the Bancroft Library.   I'm trying to learn more about what it is that "the World" is seeing in me that brings such attention and recognition so late in life and is so far beyond the way I see myself.


It happened last week when I was the keynote speaker for the employees of the Regional Office of the Social Security Administration.  It was the kick-off day of the agency's annual Diversity Week-long observance, and perhaps 200-plus of the 1400 who work in that huge facility gathered in the state of the art auditorium for the talk.  As always, when introduced I rose to the lectern and - without notes -- gave my now-familiar account of the great home front mobilization story as it unfolded during the WWII years from 1941-1945. The story is never the same, since different parts of it rise to the surface as I look out over any audience.  Were that not so I don't believe I could give these talks, since the words and thoughts need to hold at least some semblance of freshness in order for them to continue to excite me in the telling.

It is certainly immodest to admit that I know that I'm an effective speaker.  I could hardly be unaware of that while looking out over the audience from the dais and seeing heads nod, faces looking as though each is in a private conversation with me.  I've even imagined that I can hear them exhaling in unison at the end of expressed thoughts.  Strange and powerful. The experience is still so new that I've not had the luxury of comparing notes with others who experience this regularly.  But then I'm not sure that I know anyone like that, anyway; anyone whose life in any way compares with the one I'm living.


At the end of my  talk the audience rose as one in a standing ovation!  That, I was not prepared for.


As always, I tucked the experience away on return to our offices -- and then delicately drew it out of its "crazy corner" (to savor) last night just before falling asleep.


It may be outrageous to type these words; but do you suppose -- due to living with (mentally retarded) Dorian which places my intellect on stand-by for half my days and all of my weekends --  meaning that -- when I am out of Dorrie range I'm compelled to speak only words of meaning and power as though to compensate for that half when my intellect is set on hold? Is this the power that is there on tap until called upon?


I watch myself on tape and am struck by the fact that I am an effective storyteller.   It's when I become self-conscious about being taken for an historian or a public speaker in a formal sense that confusion reigns.  As long as the goal is to share my personal experiences of life as I can recall -- in context -- then I believe that I'm capable of making a truly valuable contribution to those seeking to better understand what has gone before and its effects upon those years of unprecedented and enduring social change that followed.


Perhaps it is this compensatory asset that is Dorian's gift to me.


This will end soon. After almost a year she's ready to move into a great studio apartment within ten minutes of my condo.  She will have services that will maximize her ability to survive on her own now.  Her fractured legs have healed sufficiently so that even her dependence on a walker is becoming less and less essential, though her sense of balance is seriously compromised.  There is a significant permanent glitch in her mobility, but now that she's back in the arts programs at NIAD 3 days-a-week -- she's ready for launching back into her now more limited independent living program.

Wonder if I'll see a diminishing of my public speaking effectiveness in a few weeks of not having to dumb down for 12 hours of each 24?  Will that reservoir of creative oratory power disappear when she's no longer with me?

Posted by Betty Reid Soskin at 11:58 AM No comments: