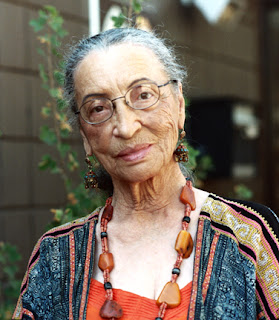 I don't believe that -- since starting this journal -- I've ever allowed so much time between entries ...

Fear not for my prevailing good health; but just know that an overwhelming amount of activity has been covered (yes, even more than is ordinarily true), that has not allowed for much introspection.

Will catch up over the next few days, but meanwhile:
Our four-park consortium which includes Port Chicago at the Weapons Station in Concord, Eugene O'Neill Historic Site in Danville, John Muir National Historic Site in Martinez, and our own at Rosie the Riveter in Richmond has enjoyed a tripling of staff at all levels over the past year, and is still expecting more.  For some perspective, I've only been with the parks (for some years as a consultant and the past 3 and-a-half as a full-fledged park ranger) since 2003.  All four parks fall under one management team.  There is only one other staff member who exceeds my seniority by mere months.  This should indicate just how dynamic these sites are, and of how steep the learning curve.  All of the new staff members are seasoned in their fields, but have gained their earlier experience at other parks in the system.  Many come from the wilderness parks, and are having their first urban park experience -- and learning the lore -- the history of their new assignments.  They bring newness and enthusiasm and a curiosity to the work that enlivens our days and challenges stereotypes.

But I'm finding that my continuing value to the work is my maturity -- having survived the historic times commemorated by this park and lived into the "Now" places a heavy responsibility to try to recover those lost conversations and untold stories in order that those years and all that pain and anguish of the war years will not be lost to those who are trying to "get it right" in these years of continuing and enduring social change.  So far I seem to have fulfilled that goal; at least in my own mind.  Now the challenge will be to remain cognizant enough to know when it's time to leave ... .

Who could have ever believed that I'd live to see the day when age and maturity would be an asset of inestimable value, and even into one's 89th year?

Just a thought:  This morning as I was waking from a deep sleep my bedside radio was reporting on  Condoleeza Rice's newly-published autobiography.  What I heard was that the subtitle is "Extraordinary Ordinary People."  Suddenly I was wide awake.  This was a phrase that I created to describe the heroic generation of those that produced those 747 victory ships in 3 years and 8 months during WWII.  I wrote about it here.  I spoke the phrase in my interview online with renowned muralist Prof. Judy Baca of UCLA, and she (I believe), may have chosen it as a theme for a city-commissioned public art project that will be created some time in the next year.  It hardly seems likely, but do you suppose that Secretary Rice borrowed those words from this blog, or, that two minds might simply have chosen them by chance?  If so, this might be the only thing upon which we might agree, but it's nice to think that at least -- as two sisters of color so-to-speak -- this might be true.   And it only took a minute or two for my ego to shrink back to normal and for reality to set in.  It's like all that music by all those millions of artists -- that are derived from an 8-note scale.  Nothing strange about it at all, really.  But for a minute there I felt a kinship and maybe a little competitiveness with one who has played on the world stage.

... and, maybe as one of those extraordinary ordinary people, I'm entitled.

Photo:  Can you imagine my surprise upon attending the grand-opening of the exhibit for the De Anza Trail in the historic adobe at John Muir National Historic Site in Martinez and finding this photo of myself in the exhibit?  I recall being requested to meet a photographer at that site about a year ago, and being asked that I be in plain clothes.  So often these requests come in the course of my work, and I think nothing more of the incident.  Here my poly-racial appearance is used to indicate the demographics of the times that Juan Bautista de Anza's party settled in what would eventually become the State of California, but at that time was northern Mexico.  There were black people in the Anza party, mastizos, in addition to those of Spanish descent, so there is a basis for using this image.  I felt honored to have my likeness used in this way. My Creole ancestors would have been proud.  My paternal great-grandparents, Islenos, who were Spanish and originally from the Canary Islands, would have been ecstatic.  Photo by NPS photogrpher, Tony Gleaton.
Posted by Betty Reid Soskin at 10:50 AM No comments: