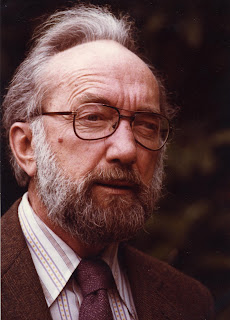 Being in the connecting-of-the-dots period in life ... .

...brought together people and thoughts that became bookends this weekend:

One late summer evening a disheveled unshaven man appeared at the doorway of our Grizzly Peak home.  Bill was down the hill attending a seminar at Padma Ling where he was doggedly pursuing his studies of Tibetan Bhuddism after seeing patients all day.  The man asked for Bill, and not for Dr. Soskin, so -- despite his appearance -- I assumed he was a friend from the university and feared him not.  Explaining that Bill was "down the hill" and was expected to return within the hour, led him down to the library to wait among the books and returned to whatever I'd been doing before the interruption.

I was later to learn that I'd welcomed Dr. Lawrence Kohlberg, the eminent Harvard social scientist and that he was seeking Bill's counsel at a troubled period in his life.  This would be the first of several extended visits from his campus home in Boston to our guest room in the Berkeley hills, and the beginning of a period of inquiry that has fascinated me throughout life.  It is the Kohlberg theory of the Six Stages of Social Development.  There were memorable conversations over the breakfast table where 3 long time friends, Len Duhl,  Bill's best friend (and the best man at our marriage), psychiatrist and at that time serving as head of UC Berkeley's Department of Public Health, Bill, and the man I would come to know as Larry Kohlberg would stretch my always open and inquiring mind to its limits and beyond.

Why does this come to mind now?

I was reminded by what was happening throughout the country as the result of our president's controversial response to the social protests of athletes, coaches, and owners of football franchises nationwide.

(How can I avoid punishment?)

3. Interpersonal accord and conformity

5. Social contract orientation
6. Universal ethical principles
Number 6 refers to the act of Civil Disobedience, the concept that describes one's willingness to act on principle without reference to existing laws or regulations, but willingly accepting whatever penalties one incurs in the process.
Under Kohlberg's theory, Number 6 is the highest order of social development. 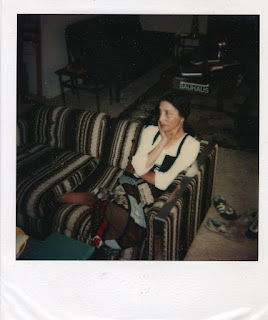 Maybe reading more about Kohlberg's theories -- which were built upon Piaget's earlier work -- might help us to understand what happened over the weekend, and the extent to which the capacity for each side of the debate to hear beyond that of the other may be nearly  impossible.
Funny how such things remain with us over a lifetime, isn't it?  Spent hours last night on the Internet pouring over Larry Kohlberg's teachings and found them still instructive and clarifying.

Kohlberg's life ended tragically a few years later, but I've never forgotten that initial encounter at a time of self-discovery and change.

Posted by Betty Reid Soskin at 10:26 AM No comments: