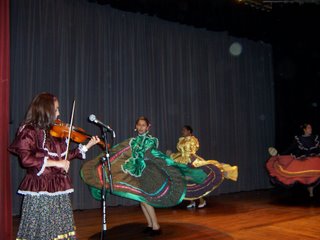 I'm having such a difficult time these days; losing the ability to separate myself from the conversatives on the issue of illegal immigration. It's really terribly uncomfortable, sitting here watching CSPAN coverage of the senate debates on the immigration bill. I simply cannot imagine how on earth I manage to find myself nodding in silent agreement with the obviously racist tirades on the need to seal the southern borders against the invasion of illegals; poor people simply seeking better lives for themselves and for their families.

It's far easier to hear my own arguments reflected in the comments of CNN's Lou Dobbs because he, at least, applies some reason to the debate -- and his arguments sound a lot like my "wrong conversation" thesis. But there's a thin line there somewhere, one that I seem to have crossed -- where it all falls apart and I'm increasingly disturbed by how really close I'm coming to thoughts I once detested when applied to me and to those I love. Why is this different? Why does my American self bristle at the sight of Mexican flags being proudly paraded through our streets? Why am I so angry with President Fox when he seals his own southern border then comes to my state to ask more freedoms and acceptance for his citizens whose rights he should be championing at home? What's wrong with all this? Is what is not being said the culprit in all this? And ...why do I feel so guilty when people I trust and respect are over there on the other side asking for my understanding (Senator Barrack Obama, Attorney Van Jones, Rep. Maxine Waters, etc.)? What am I missing?

At the end of the day I still find myself resentful of having the debate framed by bigots who are usurping the language and tactics of the Civil Rights Movement. It's like Ward Connerly's anti-Affirmative Action arguments that are shaped in the same way -- using Dr. King's model as his own and therefore feeding the fires of discrimination unwittingly and creating supportive arguments for the opposition to all that I believe in. It's all so convoluted ... confused -- and why do I feel so defensive?

Why does only Lou Dobbs suggest that industrial, corporate, and agricultural interests be held to paying a livable wage so that those "jobs no American wants to do" would be filled by our own citizens who cannot live or support families on what illegals are paid? Why can't we talk about the millions of displaced service workers (black) abandoned to poverty and the streets because there is no way to support families and move into the mainstream when not even those "jobs no American wants to do" are available to them at a wage that will pay the bills and educate the young?

The unspoken beneficiaries of the current lack of a coherent policy are illegal laborers who are able to send back to Mexico billions of dollars to aid that economy, and corporate farms, hotels, hospitals, and large contractors whose profit margin is bloated by exploitative cost estimates that distort our own economy and overload our social systems.

Many newly-arrived illegals from below the border unwittingly benefit from white racism and have little reason to not take advantage of this fatal flaw in this nation's never-quite-attained self-portrait of the ideal democracy.

Are my feelings of today colored by those years when I worked in support of Cesar Chavez and the cause of the United Farmworkers? Those marches are still vivid in my mind. I remember how hard he worked against the guest worker "Bracero" program designed and executed by the owners of large farms in the Salinas Valley and was a thinly-veiled strategy to import scab labor designed to kill the farmworker's crusade to gain a living wage and humane working conditions. What's different now? Why am I still stuck there -- with the vision of feisty delegate, Dolores Huerta, at the '72 Democratic Convention where we combined the lettuce boycott with the business of the convention and won both? There was little indication of black/brown tensions at that time. I recall sitting two rows behind her waving my "boycott lettuce!" sign while the Alabama delegates in their straw hats and red/white/and blue outfits sat happily and defiantly chewing on lettuce leaves just one aisle over. Those were the bigots! We were all progressives seeking economic justice for all. What has changed?

And why does it feel as if the entire country has shifted far to the right, leaving me out here on the far left, alone, without having been aware of the changes that led to where I now find myself? I distinctly remember always thinking of myself as a political moderate. What happened to that? And, as a Liberal, why do I feel abandoned?

Is it true, then, that if the political extremes get too far out on their own paths -- that these eventually collapse into one indistinguishable whole, unrecognizable by either side?

Wish I could hear from you ... there are so rarely any comments from those who are reading here ... even when my words are truly controversial. Am I the only one with such questions? Am I the only one who hasn't gotten all this figured out yet? I'm both confused and deeply troubled ... .

Photo: Traditional Mexican dance performed by students of the East Bay Center for the Performing Arts -- where children come to learn through their own cultures and through those of others. The West African dance and Mexican dance classes are among the most popular. Most of these children are from very low income families and attend through a generous largely grant-funded scholarship program. The EBCPA is in its 39th year of operation in the heart of Richmond's historic downtown. I'm working to build strong ties between that institution and the park for which I'm responsible for community outreach.
Posted by Betty Reid Soskin at 10:31 AM 1 comment: 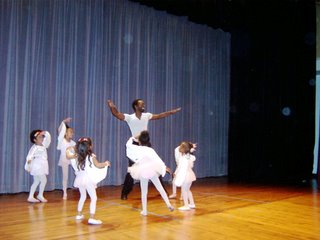 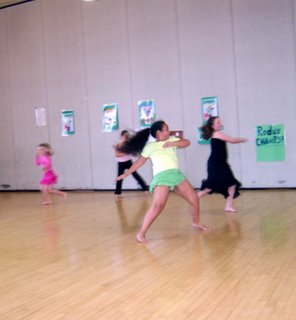 Spring's officially arrived ... and nothing announces it more clearly than the East Bay Center for the Performing Arts ...

Yesterday we experienced another of those signs of a climate change. While other areas of the world are seeing typhoons and torrential rains -- here in the Bay Area we're experiencing a rare rainy season that has reached all the way into late May. Until recent years these were the deliciously hot days that promised summers that wouldn't truly arrive until around the last week of August. Sandwiched in between June and all of July are those cold and damp fogbound days that include a usually miserable Fourth of July.

I can remember my dad's younger brother, Louis Charbonnet, on a visit from New Orleans and an avid baseball fan, being taken to a game in San Francisco where people were sipping hot soup! He could hardly conceal his good-natured contempt for such a practice. Baseball season was the time of beer and soft drinks (preferably red). He could not stop laughing at the silliness of it all!

Having lived my entire life on the west side of the hills in the Oakland-Berkeley area of the East Bay, I had no idea as a youngster that one could simply drive through the Caldecott Tunnel, drive inland about 5 miles and there it would be -- summer! The temperature might never reach 45 degrees on one side of those hills that served to block the fog drawn in by the valley heat -- while only ten miles away in the valley people were sweltering around their swimming pools in 90-100 degrees under blue skies.

Yesterday Alyana and Tamaya were dancing and grandma was duty bound to be in the audience. I have an almost perfect record of attendance over the years. This week was a bonanza, Alyana (fourth grader) and her afterschool dance program made for a very special Wednesday afternoon. I watched her dance with a chair most imaginatively. Yesterday she performed with her West African dance group in a piece I've now seen so many times that I could probably do it myself, but it might take a martini or two. The two little ones are now 8 and 10 and are in their fifth year of dance lessons. Tamaya started when she was not quite three.

Lest you're fooled into thinking that this busy soul's entire life is made up of world-saving, be advised that I also do a fairly good job of grandmothering, too.

This was a very full week. The fourth in a series of Leadership Tours (on Friday) was resoundingly successful. It lived up to expectations and it appears that we will continue them into the foreseeable future. I was expecting to end the series in July, but they are building in importance and interest and the wait list is already approaching its limit of 28 "tourists" with the next outing still weeks away.

But that's for tomorrow's entry ...

Left photo: The instructor with his class of 3-6 year-olds in Saturday's beginning ballet performance. There's nothing lovelier, except maybe the standing ovations received from proud young parents. Interesting to note that this audience -- largely African American, Latino, and young -- responded to this formal European dance form much as we do in the call-and-response tradition of the black church; "... you go baby!" and, "you got it," and shouted proudly mid-performance, "...that's mah baby!" This was probably not what Degas would have seen fit to paint, but was more in the spirit of, "...it ain't all Hip Hop, we can do this stuff, too." (Click to enlarge to full size.)

Posted by Betty Reid Soskin at 9:55 AM No comments: