Under the heading that reads Invincible, there has always been, "of course" ... .

... but then that was at a time when the days, weeks, and months were not yet measured, and all things still possible.  In this final decade the traffic is horrendous as items such as End of Life Issues are bumping up against a still vibrant and active everyday life of park rangering, giving interviews for podcasts and publications in faraway places.  This week it's a 43-minute piece to be aired in Germany by host Richard Dion who is on my schedule by phone on Thursday afternoon at 12:30 (PDT).  Also am the subject of one half-hour film based on my life as a ranger and another 90-minute documentary on our family leading up to those 85 years that came before.  The longer film is planned for a PBS airing in February of 2018; or at least that's the goal of our young filmmaker.

There is some irony in the fact that I lived in obscurity for such a long time before the world discovered that I was here doing all the ordinary minuscule acts of normalcy that everyone does just to keep the world's sanity in check, and weighing in on those things where my small life touched with the lives of others in meaningful ways.  I've never known that all those scattered moments of passion, joy, sadness, and rage acted upon, represented history, and that I was creating the nation's narrative along with the rest of humanity whose lives coincided with mine.

Two filmmakers, Bryan Gibel and Carl Bidleman, and their teams have been at work on documenting that history for over a year now, and in the process have created work samples to support their grant funding applications that have exposed segments of my life long forgotten while hidden away in storage boxes and moved from place to place as life demanded, never anticipating ever surfacing into my re-created life as Betty the Ranger.

There was, for instance, a box holding 30 large reels of audio tapes, contents unknown.  The hardware on which to play them had long since disappeared. The entire collection is in the process of being digitized and archived.  That means that 50 years of my life will soon be ready to be scrutinized at a time when it brings me in direct confrontation with a far younger self.  It's mind-boggling!

The long-hidden artist Betty has sprung back into existence and with an unexpected older Betty now in charge. 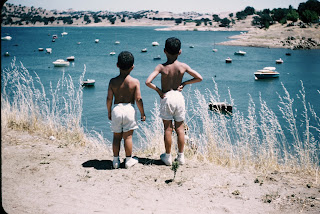 For a few days now I've been watching a few minutes of a fragment of young Betty singing 3 original songs while being videotaped by a team of at least 3 cameras.  It's a work of art -- and I'm watching that performance in the third person -- free of ego -- and able to see and hear the undeniably great talent of that youthful self.  There is no audience; no sound beyond my own voice, obviously performing for cameras in a professional studio somewhere -- but there is no memory of the experience.  Only of the dress that I'm wearing, and the strong memory of feeling pretty in it.  I have no idea who created this piece, or why it was done, or for what purpose? I wonder why the smiles when watching and listening, and the conscious checking and wiping my face of expression each time I play the tape, even though I'm alone and unseen ... .

What an experience ... .  Strange!  I'd 50 years ago slammed the door on any possibility of emerging into the world as an entertainer, only to have this younger Betty rise up now ready to re-enter the world in this final decade.  Of course this is happening when any possibility of being swept up in that world has been eliminated by age.  Maybe it's safe now.  It almost feels too unlikely to be true, yet it is, and I'm no longer running away.  It's no longer necessary. It's the final blending of all of the women I've ever been through my music, and this time it feels right.

The documentary will feature an unknown number of original songs written and performed in the 60s and 70s, and that collection of music will form the sound track for the film.  There is a proposal for an album to be released with the film.

The music carries an accurate record of those historic decades, documenting all of the drama that we were living through as We the People changed the nation -- the  Civil Rights struggles of the late 50s through the 60s; Mississippi Freedom Summer 1964, the Vietnam War Peace Movement, the birth of "Black is Beautiful," and the beginnings of the feminist movement; all still relevant and still largely unresolved.  In listening to those songs I'm so aware that they could well have been written yesterday or last week.  The content is relevant to today's headlines.  The sad truth is that so much remains unaddressed.  The songs are 40-50 years old, but remain as fresh and as poignant as tomorrow morning.

Hay House, NY, will publish my memoir for a February release with their Black History Month listings.  Jesse Douglas Allen-Taylor is editing the book from this blog, so the writing has all been done.

Young Betty was left in the suburbs when I returned to urban life in the early 70s.  Given the eucalyptus curtain that exists between those places -- separated by the Oakland hills -- as well as by the social policies and strategies that created and maintained the division between the haves and have nots; it was easier to leave than one might imagine.  To some extent it had been like decades of life in a kind of Disneyland with mortgages!

Returning to the east side of those hills was easy once I realized that life in the suburbs was truly and tragically culturally-deprived, though the truth of that is still not realized by most.  It was increasingly obvious that my kids had grown up with a distorted system of values -- that the nation was slowly but surely waking up to that fact, and that the glitz and glamour of the "burbs" needed to be balanced by some of the urban grittiness and harsher realities in order to grow into the grownups they needed to be in a fast-changing country.  We were ready for the change, painful though it proved to be.

Rick, now 21, was living on his own in an apartment in Berkeley.  Bob was hitch-hiking his way across Canada (with my permission) on the return trip from a Unitarian-Universalist annual conference we'd attended together.   We'd moved David to live with our dear friends, Jean and Roger Moss, to complete high school in Berkeley.  Dorian was safely enrolled in St. Vincent's Academy in Santa Barbara, and Mom was now a free woman about to start a new career as an administrative assistant on a research project at the University of California, upon return from the Democratic Convention at Miami as a delegate.  It was a year of major life changes in the lives of each of us; a year that began with that critical and long-delayed divorce decision. 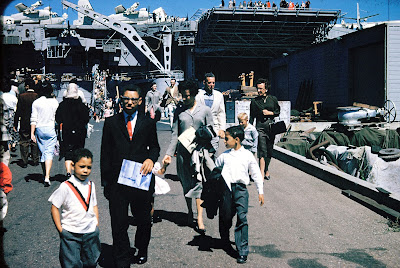 I'd rejected any notion of a career in the entertainment industry due to the primary responsibility to continue to provide a safe place for my 4 children at a time when my marriage was crumbling.  Dorian's intellectual deficits were not going to ever allow her to have a full life, and our eldest son was struggling with gender issues complicated by problems generated by racial prejudices he'd had to endure throughout his young life.  I've always believed that it was Rick who paid the price of his well-meaning young parent's attempts at declaring full freedoms for their children, and that his death from alcoholism that brought on the fatal cirrhosis will haunt me through the rest of my days.

I chose to move back into the city when my boys had weathered adolescence and Dorrie was in the care of those progressive and loving nuns at St. Vincent's where she spent the following 4 years of the critical training that would prepare her for as much independence as would be possible, given her limitations.

For me, it was time to develop new edges to grow from.  Fortunately, there were enough of those to make possible a completely new life.

... nor did I ever regret those decisions.

Young Betty has re-entered my life just in time to provide -- through generous advances and royalties from these almost forgotten works -- the potential capacity to sustain Dorian's life without interruption into a future without me.  How's that for love's power to reach back even from the grave?  Her Dad, Mel, died in 1987.

From now on we will co-exist, young Betty and me, and quite comfortably, finally.

How poetic is that?


Posted by Betty Reid Soskin at 2:42 PM No comments: