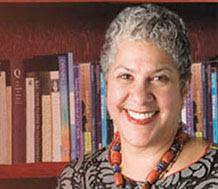 This Is Us! Betty Soskin

Posted by Betty Reid Soskin at 7:58 PM No comments: 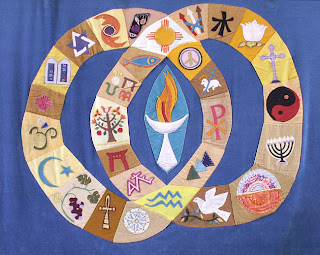 ... an organization about which I knew nothing until recently, but I'd been invited  to make a presentation on my work with the National Park Service before the group at a national conference hosted yesterday by the 1st UU Church in downtown Oakland. I'd accepted since there is this little understood lack of visitation by People of Color in our national parks,  and that this might be a way to reach into this community for some answers.

Because I'm never presenting from prepared notes and depending upon memory, passion, and whatever arises from the audience, I arrived on Saturday to spend an hour or so trying to get a "feel" of the group that I would appear before on Sunday afternoon.

It felt good.  Home.  Comfortable.  I'd long ago lost the need to "belong" in connection with organized religion.  It happened while I wasn't noticing.  It must have been then that I released my spiritual "training wheels" and struck out on my own individual search for answers to Life's great questions.  This work was far too important to entrust to any priest, lama, minister, rabbi, or shaman as intercessors, but needed to be individually confronted in a random universe.  I didn't notice when that happened; and am aware of the change only in retrospect. I recall no spiritual/intellectual coming-of-age; just a drifting away into new territory that more resembled astrophysics then religion -- but that provided no more answers than before -- when I was looking over my husband, Bill's, shoulder at the Tibetan Buddhist disciplines and practices. 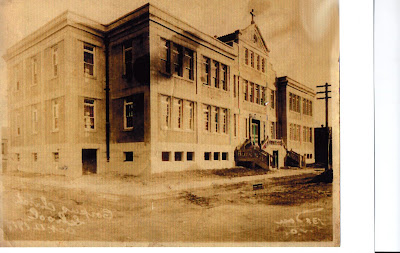 My youngest son, David, raised UU, but eventually returning to the Faith of Our Fathers, Catholicism, was among those in yesterday's audience.  In a way, after a long absence he was returning to the humanist environment of Liberal religion.  That felt good.  At the end of my talk -- during the Q&A he spoke to the arc of his spiritual life and -- contrary to what might have been expected, I felt complete success as his spiritual guide through childhood in that he had chosen for himself as an adult, the faith of our centuries-old paternal line, the Charbonnet, when he opted for legacy over denominational definition.  The Creole Charbonnet men had been builders of Catholic Churches in New Orleans since the early-1900s, when my grandfather, Louis Charbonnet, designed and constructed the Convent of the Holy Family Sisters - the first religious Order for African American nuns in the country; as well as the historic Corpus Christi Church in the Tremé.  Among our family treasures is this fading photograph of Corpus Christi High School, one of the earliest constructed for children of color; also a Charbonnet site.

Besides, I was almost certain that the God in whom David believes as all-powerful and all-loving would understand David's mother's atheism and credit her with having gotten the love message and executed it well throughout life.  Crazy?  Maybe.  But my children were guided toward finding their own answers to great questions -- then joined me in later life in the search for meaning, and had arrived at their own answers without losing respect for the individual choices of their parents and siblings.  This speaks well for UUism.

Another discovery was that somewhere along the way it appears that I've outlived my rage.  I truly believe that  anger has served me well over a lifetime, but that at some point over the past decade or so, it has been transformed into something other -- yet leaving behind the associated passion.  Maybe this is what has empowered my work.  There is something operating that feels new and which provides an edge -- I can see it in the faces of my audiences.  I'm left with an inexplicable feeling of awe at the close of each talk -- almost tearful.  I've not figured this out, nor do I know how one consciously creates such moments, but oh how I wish they'd come at some earlier time of life.

But then I do dimly recall knowing such moments while singing ... when even this Atheist experiences the touching of souls -- even while doubting the very concept of "the soul."  That's when the need for suspension of judgment kicks in -- and one consigns those things which one cannot touch, hear, or see -- but which one knows are there-- to be cast out onto that illusive dimension called "The Ineffable."
Posted by Betty Reid Soskin at 1:08 PM No comments: