I love this priceless image of my Dorian's face as she listens to the themes from House of Cards by Oakland composer, James Beale, as played by Conductor Michael Morgan and the Oakland Symphony.   We were there with over 4000 members of the community last night for the 7th annual celebration of July 4th.

Sousa's grand marches were played as the ".. bombs burst-ed in air."  But the traditional 4000-voice family rendition of the music from the Sound of Music was the high point, and Dorian knew every word of the score despite a struggle with some of the notes -- but her enthusiasm made up for the dissonance.  She was loudly out of tune at times, but who cared?  No one, apparently.

... and what an exciting fireworks display there was at the end of the evening to the delight of the many children in the audience!

This is the face of my child-woman enraptured with music which needs no intellectual support but goes straight through the emotions -- to the heart.


Happy Fourth of July, everyone!

Posted by Betty Reid Soskin at 9:40 AM No comments: 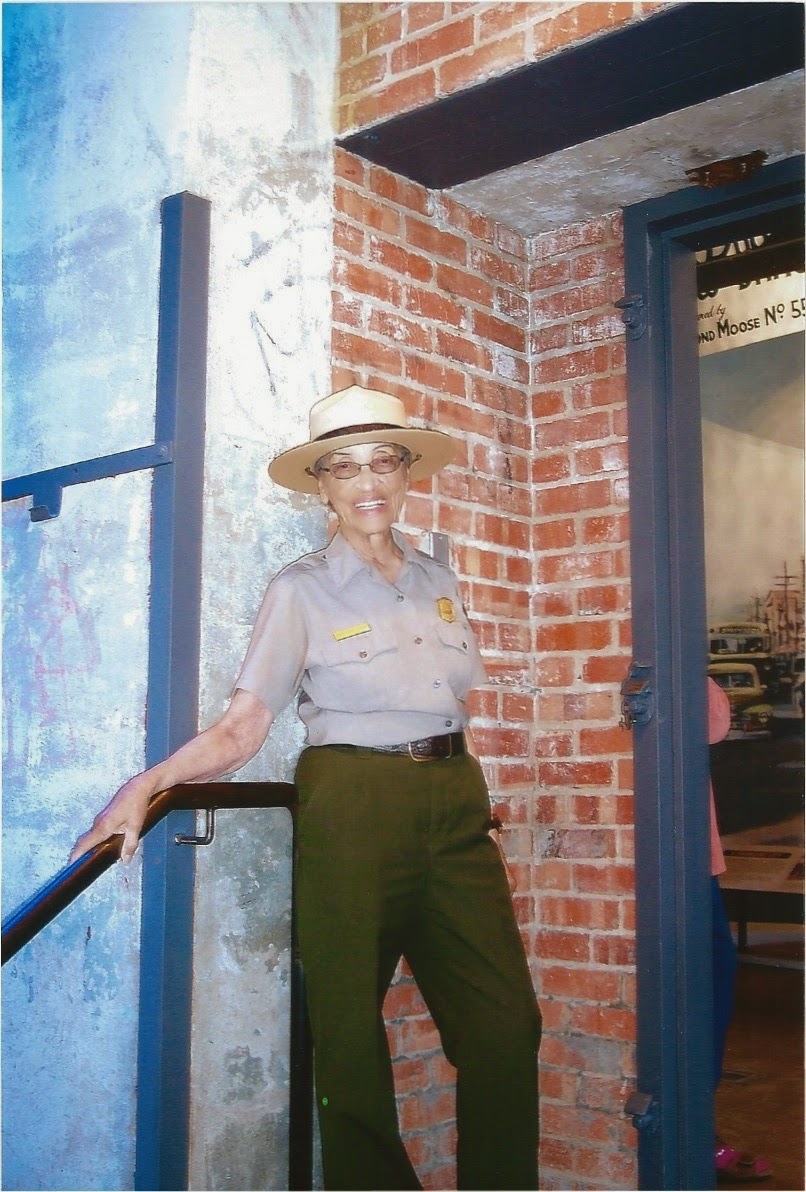 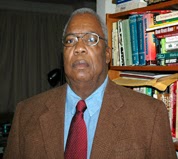 Maybe it's time to remind myself of one of the songs I wrote during that period ...

It was in the creation and performing of those original songs that became my way of processing and making sense of the terrifying history that we were living through at that time.  And, no, I didn't publish anything that I wrote; but all of those songs are still alive and ready to be called up at a moment's notice.   The voice?  Not so much. The intensity of that process remains as if lived only yesterday.

The song was based on letters 18 year-old college student Susan Sanford wrote home to her family, and that were shared with me occasionally.

She'd traveled to the deep South from her comfortable suburban home in California to participate in Freedom Summer by attempting to register voters and to teach in a Freedom School in Canton, Mississippi.  She was living with one of the host black families who'd risked life and limb to enable change to occur.   Being reminded of Susan and the fact that she was wearing my pearls under her tee shirts allowed me to feel a part of that change; at times it simply increased my sense of helplessness:

Song (written in the voice of the woman who shared her home with SNCC students):

Monday mornin'  ... streets are bare ...
seems as how dey don' want me nowhere
since ah went to the Courthouse and sign mah name to freedom.

Churches burned -- deacon dead
still ah know it's like daughta said
ain't no turnin' back now --
Got to sign mah name to freedom.


Note:  During that period 37 black churches in Mississippi were destroyed by fire.
Posted by Betty Reid Soskin at 12:46 PM No comments:

Yesterday -- for the first time I fell into tears before an audience ...

The evening before I'd crawled into bed early to watch the PBS Special that had aired earlier in the week, "Freedom Summer 1964."  I'd waited until then since I knew it would be archived on the website and available through streaming.  I'd felt no urgent need to view it before then since I knew that history so well that it would be simply a review of the past and little else; or so I thought.

At the end of the hour I was bunched up in a foetal position under the blankets sobbing until there was nothing left to feel.  Over the years I'd screened out so much -- I suppose for the protection of my own psyche.   The rage that I'd been touting in my talks -- that which I'd "outlived without losing my passion" had only been suppressed, and burst through the walls of protection so carefully built over those decades, until I'd convinced myself that the storm was over.  Not so.  The explosion of re-awakened feelings of utter fury and fear left me limp and unable to sleep until nearly dawn. 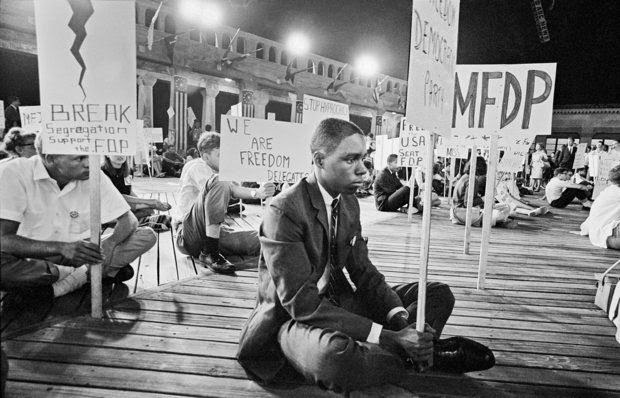 Those powerful feelings had enabled me to come through the Sixties civil rights revolution relatively unscathed -- though I did suffer a mental break at one point .  It now exploded back to life again.  I'd clearly forgotten the duplicitous role played by Lyndon Johnson in the attempted seating of the Mississippi Freedom Party; the sheer eloquence of Fanny Lou Hamer -- and all I'd remembered until watching the footage was that Johnson had ushered in the Voters Registration legislation and the War on Poverty, and all else was forgiven.

Yesterday I was scheduled to give my two o'clock ranger presentation twice, once at eleven o'clock for Rosie Daughters, an organization from the Women's Center in San Francisco, and then again for my usual two o'clock ranger talk.  I got through the first without incident, before an appreciative audience of mostly women who brought with them an openness that was almost palpable.  When those audiences turn up -- the talk-- though repetitive -- becomes a "first time" experience for me  as well as for those before me.  It's a strange thing.

When my two o'clock program rolled around I walked down the stairs to the little theater fully prepared to give my all and with positive feelings that gave no warning of what was to come.

It may have been because it was later in the day and -- under the surface fatigue was setting in -- but for whatever reason, when I began to utter those familiar words, "over the past decade, I've found that I've outlived my rage without losing my passion", I fell apart.  I've said those words many times before, since they're an essential part of my truth.  But at that point the anger and pain of the night before rose to the surface and I began to feel my throat tighten as if to shut off air to my lungs -- and the tears brimmed!  That had never happened to me.  I wanted to run out of the theater!  I'd been hurtled back through time and it was 1964 again, and the pain and feelings of helplessness were overwhelming.  All I could do was abruptly walk to the side wall of the theater with an apology to my audience, quickly try to control my emotions by clinging to the handrail, then return to conclude my talk.  This time it was with the admission that those words were no longer true for me, and that my anger had merely been smothered into submission in order for life to go on at a time when insanity reigned.

Within about 30 minutes of returning upstairs to the galleries -- the tension that had been building under the surface all morning had subsided and I was back in my body.

If you haven't yet viewed this PBS American Experience  on this, the 50th anniversary of Freedom Summer 1964, you really must.

Meanwhile, I'll either plan to take a break from work soon -- maybe a week or two -- just to reduce the possibility of a complete cave-in.  Though I suspect that something fundamental has occurred, and that some lesson that is still unexpressed will surface within a day or so; maybe sooner.  But I'm aware of the depth of rage that still lingers, and of the cost of continuing to suppress it.  Somehow I'm aware that it has enabled me to continue the work; to deliver the message to others who might carry it on; but I don't think that I've appreciated what it was costing to my own well-being.

Note:  the caption on the photo above should read, "... we were all in this auditorium when we were told that 3 students were missing.  We all boarded the bus and headed for Mississippi anyway."  These are the words of Alabama-born Hardy Frye, who would come to U.C. Berkeley to complete his doctorate and become a professor of Black Studies.  This, while serving as Berkeley Mayor Gus Newport's Chief of Staff through two terms of office.

I was the Aide to City Councilman Don Jelinek at that time.  Don had been a successful Wall Street corporate attorney -- clearly on the track for a partnership in his Law firm -- who went to do volunteer work in Mississippi for the ACLU for 3 weeks in 1965, and stayed for 3 years defending SNCC workers and blacks needing help.  He was a part of Dr. King's legal team until the assassination at which time he came to Berkeley to practice family law and was elected to serve on Berkeley's City Council.  Hardy, Don,  Nancy Skinner,  and I, (among others) were together on the fifth floor of City Hall for several years.  Don would later return to New York with noted attorney, William Kuntsler to successfully defend the Attica prison rioters (his book, Attica Justice, is available on Amazon).  In 1969, for a period of 6 months he lived with the Native Americans who occupied Alcatraz in an unsuccessful attempt to reclaim the island from the federal government.