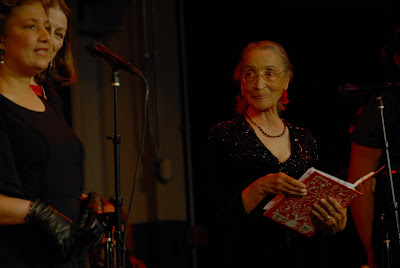 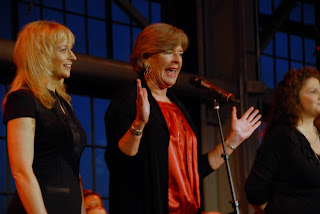 It was a remarkably sophisticated evening of theater in Richmond.  The house was full and the audience amazing coming together of women across lines of, race, ethnicity, and politics, and even generations -- now to find ways to further this experiment in civic engagement.   I'm not sure that the creators of the concept had this in mind when it developed the manual, but I believe we nailed it in our community.  Violence Against Women and the Rape Crisis Center were the beneficiaries, financially, but we cast members gained much that is simply not measurable. 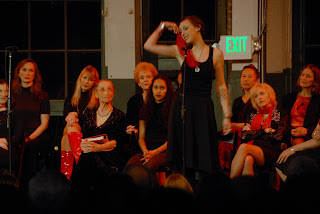 This was one of the adventures shared with my dear friend, Martha Lee, whose role demanded far more gumption than the reading assigned to me.  What a delight!

Thanks to Eve Ensler for her powerful script, and to Director Kathy McCarty for allowing us to believe that we were capable of giving it life.


Posted by Betty Reid Soskin at 5:05 PM No comments:

Posted by Betty Reid Soskin at 4:38 PM No comments: 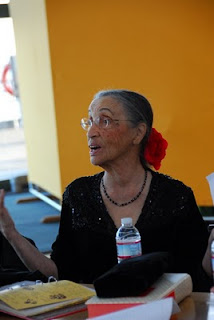 Photo:  Backstage at the recent production of Eve Ensler's Vagina Monologues.  Photo by Ellen Gailing.
Posted by Betty Reid Soskin at 9:15 AM No comments: