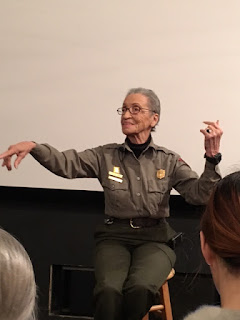 There's is a memoir in the works, and I'm beginning to become excited ...

It is being edited from this blog combined with my oral history that has been collected by the Bancroft Library at the University of California, Berkeley.  The publisher is Hay House out of New York.

Apparently, this collection of brief essays that started out rather aimlessly, has yielded several books over time, and I've now been assigned a fine editor, author J. Douglas Allen-Taylor, who is combing through for at least one such, and then pulling it all together for publication in September of this year.  In looking back, there's a lot of living chronicled here since September of 2003.

It had never occurred to me that there was anything here worth publishing.  The original goal of leaving a record of my life for my kids has always been the dominant theme, and these notes to myself -- mostly written stream-of-consciousness with a glass of milk and a few cookies at my elbow as I sit at my MAC at the end of the day in my pj's and well-worn slipper socks with the right foot big toe threatening exposure any moment -- who knew?

I had no idea that my hands had become tools -- that is -- until a member of my audience sent this photo (taken with his iPhone) about a week ago, and at first I cringed with embarrassment at what looks like a display of outrageous histrionics.  The more I lived with it though, the better I liked the image.  I have no idea at what point in my talk this occurred, but it is not posed, nor is it meaningless.  The point I was making naturally demanded emphasis, I guess, and old ladies have earned the right to be outrageous; if that's what it is.

Given what's happened over past months, weeks, and days, on the national level -- I'm going to need all the ego-strength I can muster.