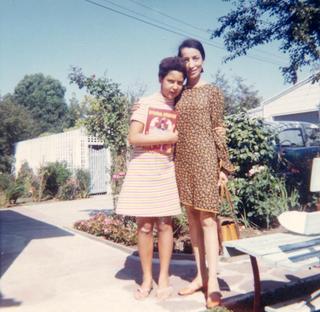 Women's Conference at Mills College in Oakland was great. I really must maintain these connections. For reasons I can't quite explain -- much of my time is spent at home or at work and rarely in the company of other women for the pure enjoyment of the experience. There is so much happening in this world of women -- so many fascinating women from the arts (writers), education, historians, the California president of NOW, political activists, a young African American army officer and poet; so many with so much to give and so willing to give it. Wish I hadn't waited until today to participate in the conference. This was the last day and my role was to serve as one of many panelists. I believe that it went well, but I never am a judge of that.

Lots of photos were taken and will post them when and if someone forwards them as promised. I brought along my digital camera but was too reticent to take it out of the car. Preferred to pretend that this wasn't terribly important in order to control the panic. It was. Would love to have one that was taken with Aileen Hernandez, one of my all-time idols.

My ad lib remarks were well-received. The words felt good leaving my tongue -- as truth always does. Discovered just how long 15 minutes can be -- and have no idea how close to time I was -- but the audience was listening closely and -- I recognized the end when it arrived. That's the most important thing, I suppose, particularly when there are six panelists.

Didn't hang around for the final workshops, closing reception, and evaluations. Felt pretty well used up, emotionally, and a call on my cell phone from Dorian -- wanting to talk about her Special Olympics soccer game earlier in the day gave a natural reason to head for home. Since she's moved into a group home, I find myself not willing to give up those times when she reaches out to share her life and small victories.

Remembered then just why it is that I've spent so little personal time with friends. Raising a handicapped daughter safely into adulthood is/was all-consuming. I was repeating as always - in these moments after my talk -- the pattern that I've held to all these years. Time is my own only so long as Dorian doesn't claim it.

Will spend some of the evening going over the cards that were slipped into my hand as I was leaving -- will check out some web sites -- learn more about the incredible women of history whose names I learned only today.

We've done far more than simply hold up our half of the sky, I think.

Posted by Betty Reid Soskin at 5:05 PM No comments: