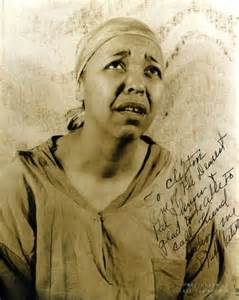 Just slipped into a dark place and am struggling to extricate myself from its grip ...

... not sure just why -- maybe because I'm feeling a bit under the weather, but for reasons unknown, have slipped into being lonely instead of alone, a usually comfortable state of being for me.  I found myself recalling the fact that the head scarf "Rosie" is famous for has always been disturbing -- not in any overt way -- but subliminally.  I was aware that -- in slave photos I've seen since childhood the women's hair was always wrapped in bandanas not unlike that of the peasant women in faraway lands, and surely for the same reason that Rosie of the Home Front was required to don such headgear; safety.  But it is only remembered as a positive symbol of women's emanciptation recently, and all memory of the connection with the slave era are long forgotten as I watch present day black women wrapping the brightly polka-dotted symbols in a gesture of honor to the period right along with everyone else.  I've always felt a nagging and unexpressed anger, irrationally, perhaps.

Today in my gloomy mood the picture that flashed before me was that it was the image of the late great Broadway stage and screen star, Ethel Waters, that I've never recovered from.  Then the whole scene rose to be reckoned with -- I'd written about this before.  It is in an October 21, 2007 post (just put the name Ethel Waters into the little white search bar on the left side of the screen above the banner, then scroll down).  It is a post written when I was dealing with an upsurge in incidents in which nooses were being displayed in recent news stories -- and, in isolation, I was trying to process this revival of an evil practiced by White Supremacists over time and into the present.

Thanks to stories I learned from my father's nephew, Armand Charbonnet, on my December 2012 trip to New Orleans, this practice surely effected his family's decision in 1918 to rush my father and his pregnant (with my sister) wife to live out of state for 5 years in Detroit, Michigan, where I was born 4 years later in 1921.  So I did not escape this awful southern practice of intimidation.  In that case southern tradition (as "noose") had risen to become life-threatening enough to displace our family into the North until it was safe to return at the time of my grandfather's death in 1924.  We would again be uprooted in 1927, 3 years later, at the time of the Great Flood of the Mississippi River which brought us to California when I was six.

Makes one wonder how much of the history of black folks gets buried, as surely as this story did, in the process of simply living a life -- and just how much must be repressed in order to just get through it all without crashing ... .

Maybe that's what's happening today.  Maybe I'm finally recognizing just how closely my life is tied to all those other black lives in the great American narrative -- the incomplete narrative that is yet being lived through and that I will surely not live long enough to see through to any kind of resolution ... .

... and that statement that I make so confidently during my Visitors Center commentaries -- and that I'll surely include in giving the keynote address at the Tradeswomen of California annual conference in Sacramento tomorrow -- that I've reached a place in life where I've outgrown my rage without losing my passion may be only half true.
Posted by Betty Reid Soskin at 2:13 PM No comments:

Our offices are moving from our present location on Macdonald Avenue to the Civic Center complex which will be our permanent home ...

... that means that -- as it is with most moves, one goes through the process of leafing through files and tossing all that stuff you didn't have the heart to trash at the time they were produced, but that you've never had occasion to ever need again.  I found myself re-reading letters, commentaries, invitations, copies of acceptances for speaking engagements -- remembering those occasions fondly, or not.

This one turned up and, though I have no idea why it was written 5 years ago, it seems heartfelt and important so I've filed it for additional life in my updated files, and am posting a copy of it here:

"Of Lost Conversations and Untold Stories"

Years ago -- it never dawned on me -- while dutifully filing change-of-address cards or taking dues payments in the small office of the racially segregated and powerless Boilersmakers A-36 union hall -- that I might live long enough to actually become black history, but so it seems.  Despite a dimming memory of working in that unassuming little office on Barrett Avenue in Richmond, and a strong reluctance to identify as the proverbial "Rosie the Riveter," life has placed a soapbox under my feet and here I am speaking publicly for a generation for whom my presence in the workforce was questionable at best.  As one of the female home front workers of WWII still standing, I often feel undeserving of the "Rosie" title.  I'm increasingly called upon to speak for a generation that helped to save the world from Fascist domination -- but I often feel that -- unlike my white counterparts, I'm fulfilling that role by default since so many of those voices have been silenced by time.  And since the equality we worked, fought, and in some cases, died for, has not yet been fully realized.

Due to working a considerable distance from the shipyards, and despite being a part of 98,000 home front workers who moved in and out of the Kaiser Permanente shipyards 24 hours-a-day and 7 days-a-week in one of the most intensive production efforts in human history, I never did see a ship under construction.  I never witnessed a launching.  Neither do I recall ever feeling the surge of patriotism that inspired the monumental achievement of completing 747 ships in 3 years and 8 months of the war.

Time tends to soften, alter, and revise history, and  the home front stories of WWII are no exception.  As a 20 year-old politically naive African America woman with little understanding of the war except for the disruption it brought to everyday life, confusion reigned as if some major fault line shifted under the weight of the unprecedented population explosion that changed the social fabric of the Bay Area, the West Coast, and the Nation for all time.

That confusion was driven by still raw memories of a nation that assigned 90% of black women to work in few categories --- agricultural, or as domestic servants, or restroom attendants.  To be allowed to do clerical work -- menial though such tasks might be in the scheme of things -- working in a Jim Crow union hall was a step up from making beds, caring for children, and mopping floors for white Americans.

Yet, in the wake of having become a full-time ranger for the National Park Service, I find myself invited to speak for that generation -- to share the stories of the times (and there are as many stories as there are workers who lived them) -- to many small groups and major organizations.  Over the past months I've been invited to participate in black history and women's history observances through the Greater Bay Area.  I've served as the representing "Rosie" as a member of a panel for the Oakland Museum docents program, the US Department of Agriculture; the Bay Area National Organization for Women, the Daughters of the American Revolution, and the Valley Baptist Church.  In the past I've appeared before the Social Security Administration, the Department of Forestry, before Berkeley's Arts Magnet schools' fifth grade classes, in a long distance interview with the Fruitvale Middle School school history classes in Bakersfield, California, and a long list of organizations now too numerous to mention.  Over the past month or two I'll be speaking at the Berkeley City Club for the University of California retirees and for the American Association of University Women, among others.

Does it feel real?  Have I learned to accept my new role as a spokesperson for a period in history which holds painful and often humiliating memories?  Oddly enough, the answer is yes.  I find that those I appear before are ready to explore that era with an openness that holds promise for continuing change that will insure that my granddaughters will benefit through my participation in this new national conversation.

The silence that worked against the change has given way to new possibilities for measuring progress toward a more equitable society, and Rosie the Riveter/World WarII Home Front National Historical Park is in a position to accelerate that movement through the "Lost Conversations and Untold Stores" we are able to provide in this new public role.

Perhaps the trajectory of my life from that young and confused disenfranchised union hall clerk to full-time national park ranger on a soapbox -- illustrates as much as today's campaigns for the presidency -- a women and an African American -- how far we've come in the on-going process of growing our democracy to the benefit of the world.


Posted by Betty Reid Soskin at 2:13 PM No comments: