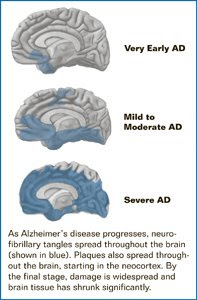 I was invited to be the guest speaker at a brown bag lunch at the National Park Service's regional offices in downtown Oakland. It was an honor to be appreciated, though I'm always a little uncertain about what's expected of me. For those who work from an acquired body of knowledge, one draws from accumulated academically-approved research. For me, it's a case of working from memory, and finding them shifting from time to time depending upon the stimulus that nudges them to the forefront. A song, a few lines from a poem, a photograph from some fading news clipping, all have the power to thrust me back in time -- and because of our growing collection of artifacts that lie within an arm's length of my desk -- I never know when something I pick up will trigger a flow of fresh memories that change my presentation significantly. So giving my talk is often like working from a moving target. That constant element of surprise leaves me feeling insecure at times when I most need confidence. It may have been this that set the trigger, but:

As I climbed into the car (all decked out in my ranger garb) with the fancy-schmancy arrowhead decals adorning the doors, I slipped the key into the ignition -- turning on the radio (tuned to NPR) and drove out of the parking lot. From the speakers came the voice of the interviewer in conversation with former Justice Sandra Day O'Connor. They were discussing her recent appointment to a seat on an important commission on Alzheimers disease. I was aware of the tragic story of her husband being stricken years ago and of the heart-breaking effects upon their marriage and her life. There followed a torrent of alarming calls from members of the listening audience describing their experiences with the caretaking of loved ones. These, unfortunately, included graphic descriptions of clinical symptoms that were truly frightening.

As I slipped easily into the freeway traffic I found myself glued to their conversations. During the 20-minute drive into an increasing traffic flow, the feelings of insecurity began to mount as I felt myself tightening up -- as my breathing became more shallow. My palms were now damp and began to slip ever-so-slightly on the steering wheel ... .

By the time I reached my destination and turned into the underground garage (headed for parking space 55 as directed), I had acquired the symptoms! I was in full-blown Alzheimers mode. Though a competent driver (quite good according to my race car driving mechanic), today I simply could not park the car. I inched back and forth between two cars, twisting and turning the wheels back and forth with no success, and finally becoming hopelessly wedged awkwardly "on the bias," until I finally got out of the car to walk to the security kiosk to ask the guard if he would please park it for me. He didn't offer to do so, but did come over to direct me into the space. By then I was completely unstrung! I'd spent about twelve minutes in the vain attempt and my composure was shot to hell!

Imagine my surprise upon entering the first floor to find the security person and the NPS staff member who was there to greet me -- looking at a computer screen at the reception desk trying to hide their laughter unsuccessfully. They'd been watching the crazy drama going on in the garage! Instantly I saw the insanity of the situation and staggered up to the desk giggling helplessly! Through the laughter I told them about my "alzheimers" attack -- and decided that I had the opening to today's luncheon talk.

It worked. I was able to relax into my presentation and decided to never again allow myself to be defined by external forces -- until next time.


Note: If you'll type Sedona into the search bar (small white strip above my photo on the far left side of the screen) you'll see that this curse of succumbing to definition by external forces has happened before. It will appear as if you've not accessed earlier posts because this entry will appear at the top because the word Sedona is mentioned -- so scroll down to the second post and those that follow.
Posted by Betty Reid Soskin at 5:15 PM No comments: 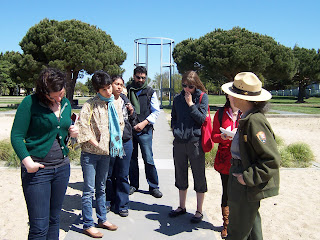 Meanwhile, it was lovely day that left me feeling well-used.
Posted by Betty Reid Soskin at 8:26 PM No comments: