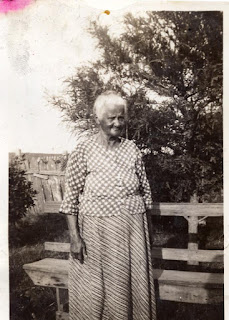 ... the emotional garbage that has been dredged up by the tragic situation at our southern borders.

It's all meshed together with the words that come at nearly the end of my Visitor Center talks -- those that refer to the fact that "... I don't believe that we've ever -- as a nation -- yet processed the Civil War."  It's where the talk winds down, just before closing:


"Though surely not created for the purpose, the National Park Service has evolved into a resource that enables the citizens of this country to re-visit almost any era in our history; the heroic places, the contemplative places, the scenic wonders, the shameful places -- and the painful places.  Revisit them in order to own that history; to process it, in order to make it possible for us to begin to forgive ourselves so that we may move into a more compassionate future, together."


I then add that I don't believe that we have ever -- as a nation -- processed the Civil War.


Tonight as I watched the CNN panels go over repeatedly the horror stories of those children crying uncontrollably for their missing parents -- from giant wire cages.  The pundits indignantly bewailing at the outrageousness of this atrocity.  The woman who heads the National Pediatric Association counting off the physical and emotional damages being inflicted upon these thousands of innocent children ... .

Suddenly the familiar words, "... but this is not who we ARE!" rang hollow.  Of course it's who we are! We've been here before.  This evil forced separation of parents and children was a practice for almost 300 years as children of color were sold on the block; families cruelly torn apart, and in many cases those children were being sold by their (slave master) fathers!  That horrendous history dooms us to relive it decade after painful decade because it's buried deep in our DNA and will be until it is faced and reconciled. 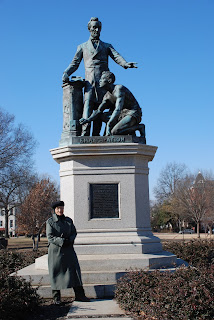 What about those who suffered such emotional and psychological scars for several generations -- and in a nation of profound denial?  Is that not what we're seeing even into the 21st Century -- in our inner cities and still-needful rural areas?

Why was it so disturbing to me -- when the panel was likening the shame of the treatment of these innocent children to that suffered by the incarcerated Japanese and Japanese-Americans during WWII, the awfulness of this nation's blunder -- the lapse into the depths of immorality -- and this was not preceded by references to the Era of Enslavement?

Not to mention the period in our history when Native America children were removed from their reservation family homes and placed in special schools so that they could be "de-Indianized" -- stripped of their native languages and culture.  This is not new, only lost to memory and to denial of convenience.

Are we doomed to re-live that history until we face it squarely and prove strong enough to process that awfulness?

When will we stop uttering those vacuous and self-deluding words, "... this is just not who we ARE", so that the upsurge of the toxic element that continues to poison our culture won't continue to find resonance in a population that allows white supremacy to remain a force in our country?  So that now it has reached into our institutions and agencies, and threatens to become systemically beyond control?

Until we process our true history, we will continue to repeat the awfulness.

... and the tragedy that -- through my great-grandmother, Leontine Breaux Allen, and those who shared her fate when our women were classified as field slaves, house slaves, and breeders,  I am a descendant of all of it!  My ancestors were among both the sinners and the sinned-against.  White and Black.

In these final years, I'm empowered by that history.

But I look at it all squarely in truth and remain hopeful despite all, but at a time like this, just barely.


Posted by Betty Reid Soskin at 8:37 PM No comments: