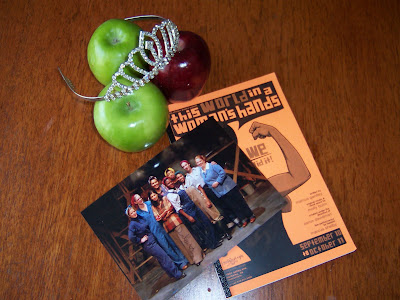 Just slid past another birthday -- or at least tried to ...

... but it was not to be. After 80, birthdays are not allowed to arrive unannounced; not while there are those around you who take such occasions more seriously than you do. And when you're the oldest person for at least 3 blocks around. Well! Say no more.

Since the big day was actually last Tuesday; and how does one deal with a Tuesday birthday anyway? There was Saturday when son, Bob and his Margaret arrived for a weekend visit. On Sunday morning granddaughter, Rosie, flew in from Southern California with luggage filled with "window treatments," to replace my awful came-with-the-condo plastic vertical blinds, while never mentioning the word "birthday." Then the Wednesday evening celebration with Tom and his family at a lovely restaurant on the Berkeley Marina, and the surprise staff gathering (Julio's email said, "staff meeting in the conference room at 2 o'clock," and I should have guessed but didn't) complete with 3 cakes and a respectable number of candles that didn't risk setting off the smoke alarms!

Tonight there will be time with son, David, and his family (they were in Los Angeles last weekend), and Dorian for dinner and the proper odes to Grandma. So I suppose the way to deal with Tuesday birthdays is to splinter them into a week-long event. It worked nicely, thank you.

Tomorrow will be the viewing of Grandma on the TeeVee in that PBS documentary which will be its own kind of celebration; then followed by "America's best idea" the blockbuster series by Ken Burns. Big weekend. (Actually, it's already up on the KTEH website accessible at http://www.kteh.org/video-audio/#, if you're interested. Click on "This is Us" then look to the right for Betty Reid Soskin's segment.)

But what I haven't yet mentioned is the lovely little quietly-presented gifts from the cast and crew of "This World in a Woman's Hands" that appeared out of the blue the night I attended the Ashby Stage (their home theater) performance. They consisted of a copy of the script, an autographed photo of the 9 cast members, and a rhinestone tiara! That makes me Queen of the Wisdom Tree and all things Worldly! And the little tiara was slipped quietly into my hand as I stood in line in the lobby waiting to enter the theater. No big deal. Just the way I'd wish that to happen. No fanfare.

The most special dream-come-true is that I learned yesterday that on the last performance of this run -- on October 11th -- the Shotgun Players have arranged for 92 school children of middle and high school ages to meet at the Nevin Center in the Iron Triangle to board 2 buses to travel to nearby Berkeley for the final performance of "This World." And all free of charge. The arrangements are being made by members of the community, inspired by this important work, and I and two other park rangers from Rosie the Riveter WWII/Home Front National Historical Park will serve as escorts so that we can participate in the preparations as well as the conversations on the trip back to Richmond after the performance. That's what interpreters do, right?

At no point in this experience with the theater group have I had any idea what path this would follow. It was so organic, even from the first contact with the playwright and artistic director 3 years ago. This must be what is named (after the fact) "civic engagement" but I'd never have known how to program for this outcome. In the end, the theater group, the park, the community, the civic leaders, the schools, and now the young people -- have come together around the history of an era long ignored and almost forgotten, and that is now being given life through this new national park, an inventive theater company, and a gifted young playwright.

And it is impossible for me to figure out just what my contribution to this remarkable venture actually was; but I cannot deny that -- though I could never find a word of mine in the script if my life depended on it-- and certainly not in the production -- my fingerprints are all over it! From the first moments sitting for that first read-through, to the performance on Labor Day in the Iron Triangle; to sitting in the second row seeing it fully staged with lights and sound and stage sets on opening night -- I've felt like a collaborator. It's strange and exciting! I'd never in a million years know how one replicates such an experience, but I'm sure that someone has figured out a way to document process and write out strategies for the "how to" of it all. But I suspect that when art presentation is created collectively, and as naturally as this was, there is some magical element that may or may not be present when the more contrived "how to's" are applied. In the end, all of these elements; cast and crew, community people, artists - both visual and performing, civic leaders, youngsters, and "the park" were guided by the magical power of the playwright and his words.

And, to participate as a chaperon for what will undoubtedly be the very first experience of live theater for kids who have been so deprived of so much for so long is such a privilege. And to be able to do so in one's 88th year is almost beyond belief.

Photo: Apples play an important role in the symbolism of the Wisdom Tree.
Posted by Betty Reid Soskin at 1:06 PM No comments: