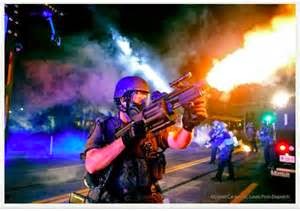 I am devastated by events in Ferguson ... and any attempt to write about them seems futile ...

Everything seems so obvious ... the pattern so clearly established by repetition ...

What's to be said?

Tonight I watched a high-level representative from the Ferguson police force; all decked out in riot gear standing beside a heavily armored military vehicle with more weaponry hanging on various straps and belts on his person than should be allowed in a civilized society.  With so much personal protective gear, why are they so in fear of our young black males?  In light of events, his words were incongruous!  In the background were the still-smoldering embers of some family's version of the American Dream.

"This violence must not be allowed to continue!" shouts he ... 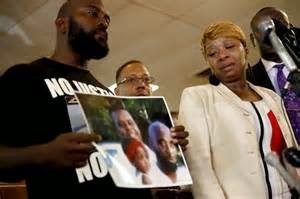 ... with little recognition that those words are precisely those used by the rightfully angry mobs in the streets seeking retribution and change through questionable acts borne of the original violence.  Why can no one see that it has become circular and predictive, and that it will take all of us to break out of this tragically destructive cycle?

... and the young mother who -- when interviewed on camera stated ironically;  tearfully,


Maybe the operative word in his sentence is "This", because the original violence occurred in the lives of black families as they've had to face the brutality of a justice system gone mad and the tragic loss of a young son, unarmed and vulnerable.  Shades of Trayvon Martin and Oscar Grant and a growing list of other young black men who were sacrificed to fear and ignorance in these times. 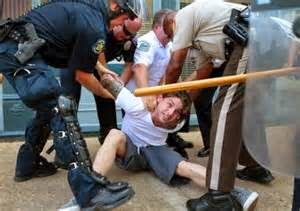 Maybe the only positive thing we can take away from the insanity is the fact that the protesters across the country are of every religion, age, race, and ethnicity.  Maybe that counts for something, but it's of little comfort in dark times like these.  These are not out-of-control black folks creating senseless havoc on these streets .  The outrage is shared by people of conscience across the barriers of their differences.


... and then came the news of the police killing of that 12 year-old youngster with the toy gun in a city park... .

... and it isn't over yet.  Just watched the video clip of the young African American minister  (Rev. Carleton Lee) reporting the fact that, his Flood Christan Church was burned down last night, a church to which Michael Brown's family belonged, and that stood on the other side of town from the rioting.  This, after receiving threats from White Supremicists who were offended by his standing up publicly for the Brown family in their hour of need.

Depression, thy name is Betty.

I'm feeling particularly old tonight, and old is more than just a stage in later life.

... maybe old is another name for unmitigated sadness ... .


(Note:  For donations:  http://www.thefloodchurch.org//#!giving/cd48 - to see his NBC interview go to his video - http://www.nbcnews.com/storyline/michael-brown-shooting/michael-brown-sr-s-church-burned-ferguson-n255961)

Maybe being validated by an eminent Kaiser Permanente historian will suffice ...

As my bi-monthly public bus "tourists" gathered at the entrance to the Visitor Education Center on Tuesday I noticed that recently-retired Kaiser historian Tom Debley and his companion were among them.  That was noticeable because they had both been along on our last tour only two weeks before.

I remembered that this had, at least momentarily, caused a few seconds of concern -- as I wondered briefly if my remembrances of the era of WWII would  stand up under his professional scrutiny of the period over the many years that he headed the Kaiser Heritage Department.  After all, I've come lately to the field, and -- though I don't pretend to be a formal "historian," I do speak with authority -- but only after using existing studies from scholars (Quivik, Litvak, Archibald, etc.)  who have published doctoral papers and masters theses -- combined with my own memory of those dramatic times.

I need not have worried.  Within the first half-mile of my interpretation, once we boarded, I'd completely lost the fleeting discomfort and was well into my presentation without losing the rhythm or my confidence. 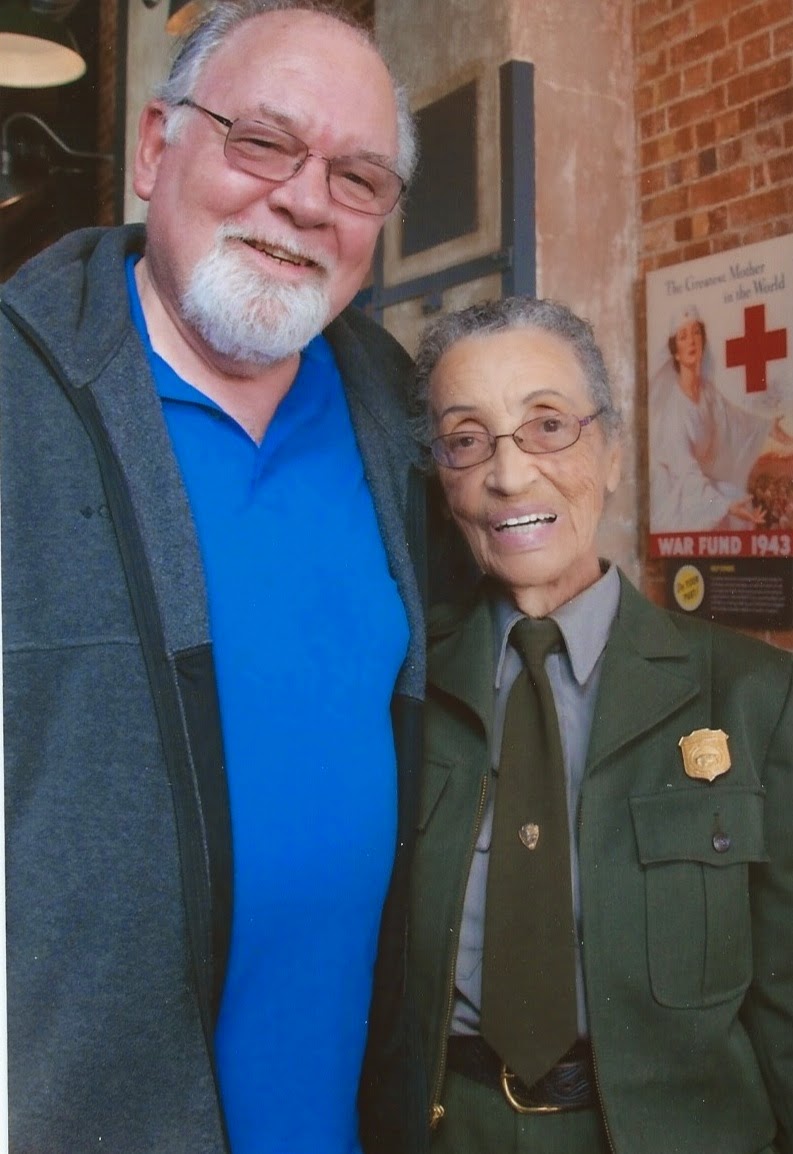 The tour takes roughly two-and-a-half hours to cover the many scattered sites that bear the history of  the Kaiser home front story with a running commentary that places me in context of the experience.

It ends with a return to the Visitor Center for a viewing of the 15-minute video that specifically tells the history of Richmond during those years.  It's entitled "Home Front Heroes," and fills in any gaps that may have been overlooked on our tour.  This is followed by a 15-minute commentary as I place my personal story in context and bring us into the present.

By this time I've forgotten that Tom and his companion were among the guests, and that this was his second tour in two weeks!  Had I thought of that the "willies" would have surely returned.

As my talk ended and the Q&A invited, Tom was the first to speak:

"Has anyone yet videotaped your talk, Betty?"

I allowed myself to fully appreciate the implications of his comment.  I savored his words. He was expressing his approval, and an appreciation of the fact that I am doing good work.

Posted by Betty Reid Soskin at 12:10 PM No comments: