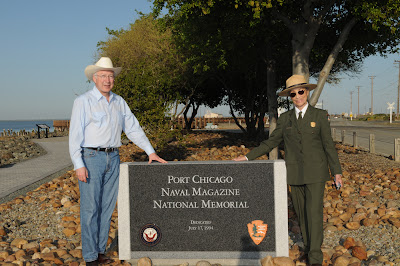 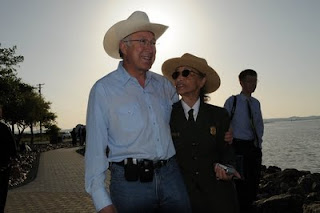 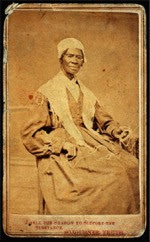 Another busy week, but a thoughtful week it was.

My mind has been spinning with new thoughts born of the visit to Humboldt State University, and exposure to information that was mind-bending in that I became more acutely aware that so many of my conclusions have been arrived at in intellectual isolation and with unguided reading and a haphazard system of self-education.   My natural intelligence has served me well, but how much more could I have accomplished had I had the advantage of attending such a university in my youth?  How I do envy those young woman of the sisterhood whose lives and achievements are being shared with a generation of the young leaders who will take us into the future.

On the long drive back (after I was beyond the snow line), I was reminded of something said in passing by my host, HSU Prof. Christina Accomando who has done extensive research on Truth:

"... Sojourner Truth's first language was Dutch.  She was born in New York where she was owned by a Dutch family.  Her legacy is oral and transcribed in some imagined southern slave dialects by various scribes whose work it was to record her words over many years."

I found myself harking back to those words that echo down through history from the Seneca Falls Conference, "Ain't I a woman?"

Those thoughts (from my undisciplined mind)  collided with  two unrelated others and the combination threatened to derail yesterday's bus tour during which I found myself expressing them aloud -- and before I'd gotten around to understanding them fully.  I'm still working it through so this post may undergo revision as I do so.

The first is that I have a persistent need to disassociate myself from the "Rosie the Riveter" story.  I've always considered that story a part of the myth of the emancipation of women into the work force -- and my contention has always been that this did not apply to women of color since we've been working outside the home since slavery. Given the fact that, until recent times, black men had been limited to the lowest-paying service sector jobs, so it had always taken two salaries to support black families.  My WWII job in Boilermakers A-36, a Jim Crow union created for blacks only, meant that I had never seen myself as the romantic Rosie of "We can do it" fame.

Yet I've become increasingly uncomfortable with my position.  It wasn't that I felt that it was untrue or unjustified, it's just that there is a legitimate white Rosie story that isn't being told, and that it needs to be.  And, that white women needed to be demanding more from that history than a catchy tune, red bandannas, posters, and belated kudos.

The equally compelling thought was of the tragic Triangle Shirtwaist Fire of 1911 in which 149 lives were lost; immigrant women working for $6 a week under such conditions that in the aftermath, the horrific conditions of the workplaces in the garment industry came under harsh scrutiny, and the movement for unionization was strengthened.

WWII did not bring American women into the workplace for the first time.  That's a myth.  Women have been working since time immemorial.  Only it was not called work until they were introduced to what had formerly been male occupations ("work").  What women did was always defined as their life roles -- to be ever in support of the men of the society.  We have always been secretaries, librarians, teachers, nurses; always supportive of men -- with few exceptions.  Women's work consisting of child care, general housekeeping, shopping, washing and ironing, budgeting, preparing meals, etc., were considered "what wives do"  until they were recruited into the work force to do welding, riveting, conducting orchestras, dispatching trucks, engineering, reading blueprints, ferrying aircraft into war zones, contracting, manufacturing munitions, assembling jeeps and tanks, etc.; all work, for the first time in history.

Despite the fact that Rosie was often a poor woman whose opportunities were limited before she entered the defense industry, the romanticized vision that endures was that she was a middle class white woman (played by Katherine Hepburn or Rosalind Russell) who called her hairdresser or manicurist to cancel her next appointments and headed for the shipyards and aircraft plants to sign on as replacements for our fighting men.  That those pioneer women who were widowed by the Civil War and WWI had not been workers -- though raising large families, alone, on farms they ran themselves -- were not workers???  That those immigrant women whose lives were lost in the Triangle fire were not workers and therefore not counted before WWII as such?  Were those migrant sweatshop workers even counted as women?

Elizabeth Cady Stanton and Lucretia Mott, and the rest of the Suffragettes might have fared better had they heard Sojourner Truth's words as "Ain't I a worker?"  Maybe the scribes got it wrong?  But then, what do I know?

Maybe, in time, some powerful gutsy white feminist -- whose passion for her story equals mine for my black story -- will appear out of the blue to guide walking tours at that great Rosie the Riveter Memorial on the Richmond Marina -- and make the feminist story come alive!  It's one of the multiple stories inscribed along the walkway that begs re-visiting, along with the story of Henry Kaiser, masterful industrialist who changed the workplace and revolutionized ship building;  the Port Chicago explosion that brought about the desegregation of the Armed Forces; the story of the internment of Japanese, 70,000 of whom were American citizens; the moving inscription that tells of the fact that WWII gave us 54.8 million casualties, worldwide; a number reflecting the last time we included civilian deaths, before the concept of "collateral damage" was introduced into the language of war; and the story of women in all its complexity -- because we were represented in all of those stories -- except that of Port Chicago -- and with little recognition -- until recent times.

I have a feeling that these thoughts may undergo revision.  I managed to get myself into a fairly lively debate with two of my male colleagues yesterday which, unfortunately, gave off more heat than light -- so I'm not yet comfortable with my conclusions -- but the very fact that this history is still raising passions may be proof enough that we're finally processing it.  Maybe we'll get around to processing the Civil War before I trade my ranger flat-hat for a French beret!
Posted by Betty Reid Soskin at 2:09 PM No comments: