Posted by Betty Reid Soskin at 2:56 PM No comments: 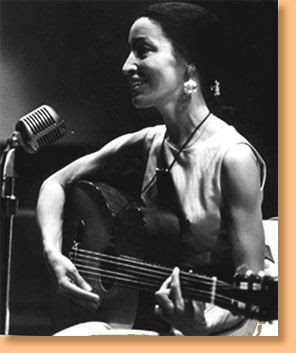 Calls have been coming in for days from friends asking about my upcoming 90th birthday celebration ... .

There was one from Kathy, the co-creator of the musical "Rivets" and the producer of the Vagina Monologues we appeared in a year or or so ago; from Joan, of Supervisor John Gioia's office, from our Chief of Interpretation, Morgan, from colleagues, Lucien and Elizabeth; and assorted other caring friends and family.  I just kept bobbing and weaving for reasons unknown.  I've known the day was on the horizon, but I've held the public's attention for some time now, and echoes of the commencement at the California College of the Arts are still ringing in my ears (I've not been able to watch the CD of that event to this day. I may never come down from that one).

Kathy provided a way to approach the occasion that may work:  She said, "think of something you'd really like to have happen; some benefit for a favorite cause ..."  and then I remembered my political friends who regularly hold birthday celebrations to retire campaign debts or to fund raise for the next election cycle.  Could there be something here?  And I found the answer was "yes"!  I drove to Michelle's Visitor's & Convention Bureau in Point Richmond to begin to commit before the impulse vanished in thin air.  She agreed to help, when she returns from Burning Man next week.

With September's calendar already bulging with commitments of the grand opening of the long-awaited Maritime Child Development Center and the unveiling of Mario Chiodo's brilliant sculpture, "Remember Them; Champions for Humanity,"  leading to the 4th annual Home Front Festival in October, there simply isn't time to even think of birthdays, even my own.  Besides, what I'm considering will take a good deal of planning.  Interwoven through those epic events is my participation in an evening at St. Marys College, and various guided tours and meetings in preparation for all of the above.

First, I'm creating a group to plan what will be Betty's "The Road Not Taken Concert."  How's that for hutzpah?  If you've been reading this blog for long, you're aware that there was a time when I flirted with a career as a singer/composer.  That I appeared from time to time as a kind of singing poet in institutional settings (colleges, churches, sometimes coffee houses) and that during that time I'd been "discovered" by a number of record companies but only once was tempted enough to fly east for an audition for Max Gordon of the Village Vanguard in NY.  I left my kids with Georgia Wiseman, our friend and housekeeper, for two weeks while I rehearsed with jazz pianist, Paul Neves, at a Hartford, Connecticut nightclub but opted to return home to my family abruptly -- the night before the scheduled audition.  My friend and sponsor, the late Henry Hampton of Blacksides Productions out of Boston (and also the creator of "Eyes on the Prize," the groundbreaking PBS series) was deeply disappointed, but understood eventually.  I'd left behind 4 children; 3 young sons and a special needs little girl -- and a failing marriage.  A career as an entertainer was simply not worth what it would mean to my family.

Over the years that followed I successfully stifled Betty the Artist and opted to live off my other "edges" and found them sufficient to satisfy my needs.  I moved out of the suburbs and, eventually, into a new marriage and left her pretty much behind.

So, all that is to say that I'd like to have my son, Bob Reid, who is an entertainer, along with his lady, Margaret Miles join me in my "Road Not Taken Concert" where I will sing publicly for the first time in about 40 years!  I'm sure there's not much voice left, but I know the beat is still pulsing away, and I can work with that. Besides, expectations could hardly be lower(!) than for one entering their tenth decade.  And, maybe we'll all be pleasantly surprised.  I'll locate a jazz guitarist and maybe an acoustic bass (rhythm section?) among my friends in that world, and begin to rehearse soon.  We will stage a benefit for NIAD (National Institute for Artists and Disabilities); Dorian's arts program.  We will present the NIAD performing artists in their new 10-minute original play based on a Japanese folk tale that is wonderful and must be viewed by the community as a part of the evening's offering.

Why is it important to do this?  I've thought about that and have come to the realization that by performing again I will be stating -- if only to myself -- that the life choices I've made were the right choices.  Look where they've taken me, maybe to that honorary doctorate I received last spring.  And that there was enough "Betty" to stretch over more life than one might possibly imagine.  That we all are capable of whatever is demanded of us.  And that the alternatives for each of us are limitless.
Posted by Betty Reid Soskin at 2:10 PM No comments:

MAC is out of the box and we're back in business ...

Not sure there has been a break of this length in blog entries since September of 2003 when all this started.  But the old faithful computer died and needed replacement -- and whaddyaknow -- a state tax refund check with almost enough to cover a new I-Mac arrived in the mails several days after a techie assessed the situation and sent it to the recycling bin.  It has served me well, and it was a surprise to learn that an eMac might be considered too ancient to be fixed when it seemed to me to be fairly new.  Has it really been years since Steve Jobs strode across the stage at Mosconi Convention Center in San Francisco to announce its birth?

But now that I'm back in business with 1000% more technology at my fingertips than I know what to do with, let's see where we are.  And -- once I've gotten over the wonder at this high-powered genie's ability to deliver such undreamed of magic, I'll get back to blogging.

This time I signed up for all of the bells and whistles and you just may find me standing at the Genius Bar at our local Apple Store along with all the teens of this millennium checking out how to use Garage Band and I-Movies  -- and am I really ready for Face Time?  (Caught sight of myself by accident last night and almost fell off my sea green ergonomic office chair!).

I may not just be the oldest park ranger in the National Park System, but that might extend to the Apple Genius Bar as well.

There was a moment when the "child" who was my salesperson was explaining that -- if I would bring my old Mac in with the new one they would do a data transfer free of charge -- but that this would take about 3 days.  I laughed and answered that at my age (90 in 3 weeks), time was one of the few things I didn't have much of, and that they'd have to do better than that.  I was flattered when he looked at me in disbelief, but he obviously paid attention because the very next morning (Sunday) there was a call to say that Mac was ready to be picked up.

Every night since it arrived -- instead of writing -- I've been sitting here slack-jawed in awe at the wonders that I've lived to see, and wondering what I could possibly write that is worthy of the art of the technological geniuses of these times?  Then I'm reminded of the geniuses who brought us television, and of what we've done with it over the past decade (arggghhh!).  Maybe my words, after all, are worthy -- and if not, at least might spark someone else to be, and who could ask for more?

Posted by Betty Reid Soskin at 10:23 AM No comments: