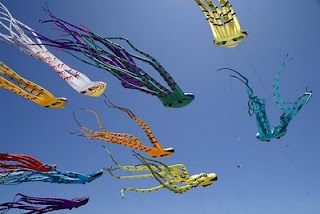 Today is all there really is, anyway, and that, my friends is more than enough, especially if there is even the hint of kites over the next horizon.
Posted by Betty Reid Soskin at 8:43 PM No comments: