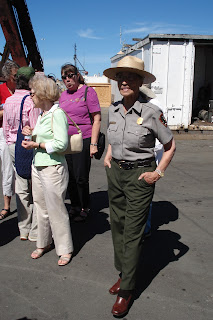 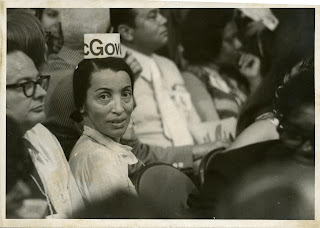 
Photo:  top was taken at the Home Front Festival in 2010 at Shipyard 3 in Richmond.
bottom -- 1972 Democratic Convention at Miami Beach, Florida where I was a McGovern  delegate.  This may have been where "private citizen" Betty was successfully launched.
Posted by Betty Reid Soskin at 4:07 PM No comments: