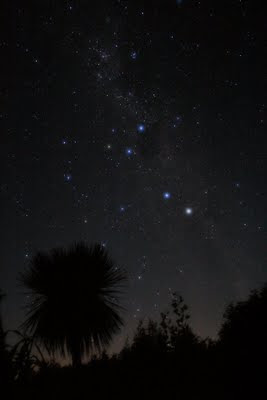 The stirring of the creative spirit upon return from the first of 3 National Black Caucus conferences held over the succeeding 3 years; this one in Chicago in February, 1968 ...

Verse:
As I lie 'neath the stars on this night of my day
playing the game that some poets play,
find synonyms for black, both poetic and good.
Sounds simple? You try. I do wish you would.
The world made the rules
and established the ante
proclaimed white as sinless,
and black straight from Dante ... .
Chorus:
Ebony, the night
Ebony, satin bright!
Star jewels held in black velvet hands
of Ebony, the night.

Onyx, set with a dream
that weaves through my mind 'til I seem
kiss warm and black born,
jet jazz of love.
Onyx, the dream.

Black image cries behind shuttered eyes
trying so hard to be good
glaciers and skies of ebony lies
I'd sing them away if I could.


These are the lyrics to a song written upon return from that life-altering Chicago conference; one of many inspired by the experience of moving into my black identity fully and completely and without apology or regret.

I am still grateful to those African American brothers and sisters with whom I shared those days of confusion, discovery, and dedication to an American experience far greater than we ever might have imagined. And to those UU's (especially those from my own church) who supported that fateful journey at a time when it truly mattered. I'm convinced that throughout the ages there has always been those who were trying their utmost to "get it right." Unfortunately, much of history has been written by those who thought otherwise.

Posted by Betty Reid Soskin at 2:27 PM No comments: 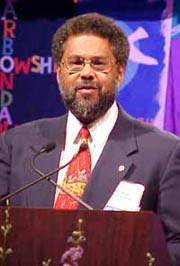 Received an email this morning from Dr. Mark Morrison-Reed, Unitarian Universalist professor at Meadville/Lombard Theological School, and a noted Canadian Unitarian author. (I can't recall that we ever actually met.) He was seeking permission to include in his new book something I wrote many years ago. I'd totally forgotten about this life-changing experience in Chicago at the dawning of the black intellectual response to the Civil Rights struggle then at its apex. I recall being totally awed by being in the presence of the widow of the poet, Countee Cullen; writer-publisher-historian, Lerone Bennett; "Eyes on the Prize" creator, Henry Hampton; young and ambitious Jesse Jackson, Alex Poinsett; poets and artists and progressive theologians and educators; all humanists. It was for me like being a part of a new "Harlem Renaissance". I came home completely committed to changing the nation and the world. I suppose this has been my obsession ever since that time; if passion is any measure.

Reading this excerpt taken from a much longer piece published at the time, I found myself weeping helplessly this morning, remembering the excitement of those days, and wondering about those with whom this experience was shared.

Following the formation of the Black Unitarian Universalist Caucus in October 1967, during the Emergency Conference on the UU Response to the Black Rebellion, the first National Conference of Black UUs was held in Chicago, IL in February 1968. Afterwards Unitarian Universalist Betty Reid Soskin (b.1921) a cultural anthropologist, writer and community activist who in 1995 was named“Woman of the Year” by the California State Legislature, who was a member of the Mount Diablo Unitarian Universalist Church in Walnut Creek, CA wrote the following in a letter which reflected upon what the gathering had been like for her.

February 1968
It has something to do with all of the people that I am.
My black. My woman. My mother. My person.
I arrived in Chicago pretty well integrated within my being.
Now: My black wants to fight!
I can feel the weight of the brick in my black hand
and black muscles straining to hurl it!
My woman, to love,
and to somehow bring about manhood through my womanhood.
My mother, to pick up my children and leave the country
to protect my young.
My person, my human, to bring all those I love
(black and non-black) together
and tell them that the me who lives behind my eyes,
the real me, and the you, behind yours,
are placing far too much emphasis
upon the housing we are encased in;
black, brown, and white.
That we're falling into the trap
which humankind has constructed for its own destruction.
Perhaps my fear has a great deal to do with this inner revolution
which is perhaps where the real battles are fought,
the outer revolution being only the physical manifestation of this.
I shall not forget
Mwalimu Imara and the “Requiem to a Black Prince.”
Val Gray Ward and letting myself get lost in her beauty in
“What Shall I Tell My Children?”...
The “Happening” of Gospel Singing for well over an hour
on Sunday morning which started timidly
and swelled in meaning until we were weeping
with the power of the old songs.
I shall not forget.
My perception, which is keen,
saw people bursting from the womb,
still wet and shining...
and BLACK!
What an awesome sight!
Night found me exhausted, unable to sleep,
crying with the sadness of the days which surely must follow
and the joy of witnessing the new birth of blackness...
for the sadness of the white liberal,
whose work in past years has allowed
the first stages of our blackness to emerge ...
and who are now being asked to bear the pain of our growth;
and the rejection of them now,
and the bewilderment ...
the fear, yes, the fear,
yet I sense the pride they feel at our release.
I cry for them.

This was written as a letter, but I found (as I was copying it this moment) that turning it into a poem may be more fitting.

I'd love to see the complete letter at some point. These were the opening lines, but I remember writing far more. I believe it was published by the magazine of the Layman's League or UU World. I'll ask to have it sent to me at some point. I do still have notes I made at that conference somewhere in my files, and perhaps they should be sent to the repository (I believe that's at Harvard University) to add to other works archived there.
Posted by Betty Reid Soskin at 12:23 PM No comments: 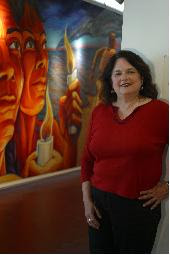 Posted by Betty Reid Soskin at 3:38 PM No comments: