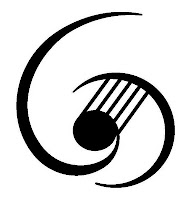 Lawrence was magnificent!  His rich and velvety baritone-bass filled the hall without amplification.  I heard the old spirituals as if for the first time; Deep River, There is a Balm in Gilead, Motherless Child, but also Summertime and Ol' Man River.  The audience was racially mixed and culturally diverse (one could tell that from the fact that those new to classical music applauded at the ends of movements while the seasoned concert goers waited until the final notes of the piece have sounded).  I now consider myself  "seasoned," but not enough to feel superior and annoyed at the novice theater-goers who aren't clued in to (formal) audience protocols.

It's that "call and response" thing I've talked about.  In my world we Black folk don't sit on our hands.  We let artists know that we appreciate them.  It's one of those cultural variations that will probably always remain.  It's like they clap on one and three to the music, and we clap on two and four (syncopation).  You can tell -- when you're sitting in a darkened theater -- that the audience is racially integrated when the rhythmic clapping falls on all four beats.  If you find yourself in an audience where you're the only one clapping on two and four -- you better look around!  (You may be in the wrong room.)

The city of Lafayette, California, has been given a giant leap forward in the race toward reconciliation through the Gold Coast Chamber Player's concert -- but that isn't all.  On Monday evening the Veterans Memorial Hall in Lafayette is the site of the NPR broadcast of the Commonwealth Club -- an evening panel discussion in which Rep. Barbara Lee and others will participate -- the second event in the city's month-long observance of Black History Month.  Would love to attend, but this is a busy week, and it's quite impossible to take the time.

If what is happening in the Diablo Valley is any indication, we need no longer ask if the Obama presidency has made a difference in national life.  We are quite ready and willing to have those long delayed conversations in order to process decades of forgotten and/or neglected history.

Today I accepted an invitation to appear on National Public Radio station KALW (SF) for an hour between 10 and 11 o'clock on Monday morning, 2/7.  The subject will be unsung heroes of the Home Front Era.  I believe it's a call-in show, but I'll know more about that tomorrow when the producer calls to fill in the details.  It will take little effort since they've suggested that I not come into the studio but do my part by telephone from my office (will wonders never cease?).  I'm not at all sure that would be preferable since I think I'd much prefer seeing the person I've speaking with.  Since
I'll be conducting two bus tours this week (2/3 and 2/5), there should be much to talk about.

And in the background of my mind there will be sounds of that deep, deep, rich baritone with those resonant low notes ...

Photo:  The logo of the Gold Coast Chamber Players.
Posted by Betty Reid Soskin at 8:44 PM No comments: