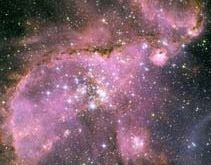 Regarding the lost inkiness of the night sky that you wrote of so thoughtfully on 11/2/07, I recalled an account of an old woman whose first reaction to a room lit up with an incandescent bulb was to exclaim “But what about the darkness?  Where has the darkness gone?”


Some might think she was trying to comprehend the science of artificial illumination.  But it struck me that she was really expressing a sense of loss.
She is not alone.

Every now and then souls touch, as may be the case in this exchange with an online reader who felt obliged to respond to something I'd written.  In this instance, it was musings long since forgotten -- written on November 2, 2007 about the visit to my granddaughter's fifth grade class at Arts Magnet School in Berkeley.  I was -- for the day, "Show and Tell."

This beautiful passage caused me to search the archives for the post referenced, and I found myself lost in space for the next hour or so; remembering those young faces and the feelings evoked by the experience of standing  before that class for the Q&A.  Those feelings were well-captured in the writing, and powerful enough to bring the experience into the present for an encore.

Rarely do I hear from readers, only a few times a year, and I tend to forget anyone is "out there."  Odd, because I sometimes have the feeling that I do leave openings for dialogue, but then maybe not.  I normally tend to be "uploading" into my own reality without any idea that anyone is listening.

Not so, apparently.  Diane was on the same wave length -- even crossing time -- which allowed me to revisit something truly meaningful.

Upon reading her message and re-reading my 11/2/2007 post, I recalled that I'd never shared those feelings with Tamaya -- who is entering high school this fall.

I will send her to this post.
Posted by Betty Reid Soskin at 11:34 AM No comments: 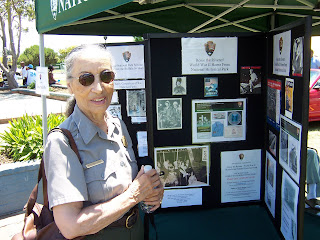 Learned last week that I've made the cut with Human Resources and am still in the running for an extension of my contract with the NPS.  This means that -- at the resumé level -- where only the facts are being dealt with in assessing one's qualifications for a position (nothing about age or race involved), I'm still competitive.  That, in itself, is a minor miracle.  Next steps will be for the local staff to determine which of the remaining applicants from the national pool will best serve the needs of our park.  One can only hope, but I've decided that I can live comfortably with whatever the final choice is.  If another applicant can match or surpass my resumé, and have the added advantage of youth -- then the choice is obvious. But my record is a formidable one to measure up to -- and I say that with full confidence in those making the decision to have taken experience into account.


Took a week off to come down from the high of commencement and the lows of anticipated legal actions having to do with Dorian's auto/pedestrian accident of 11/27/2009 (and, yes, the case is finally working its way through the legal system).  Our attorney has been working diligently on the case over the past months and, come July, Dorian has her first depositions with the examiners (orthopedic and psychiatric) to determine whether our claims are legitimate and just in a court of law.  Fortunately for us, the accident didn't involve an uninsured driver, but in this case she was struck by an auto operated by the police department of a neighboring city. 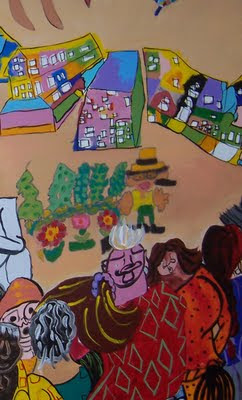 She has unquestionably sustained permanent physical injuries (both legs fractured and two rounds of surgery - 4 nursing homes then rehabilitation that is on-going).  The damages are more obvious with each day.  The psychological damage in terms of increasing dependence and regression on both our parts is almost impossible to assess at this point, and I'm not sure that we can ever make up for what has been lost.  And, after a lifetime of working toward leaving her equipped to live beyond my lifetime; those losses are devastating.

So, having meaningful work to do as this unfolds has been most important.  I'm not sure that I'd have made it this far without having this amazingly worthwhile career in the National Park Service in a position where I'm confident that I'm making a difference.  Helping to shape a new national park feels vitally important -- and to honestly believe that I'm performing a role that few people are as fit for as I -- well, that's about the best one can ever expect to achieve.  It may not be superior qualifications, but that I'm one of the few left with the experience, physical strength, and who can still tie her own shoes!  I've outlived all those whose memories differ from mine, so I've become an authority of sorts.  Who's to argue with a dinosaur?

So, I'm tossing papers and stopping to update photo albums and re-reading old letters and articles and vegetating gloriously!  But I wouldn't want too much of this idleness.  I've got a world to save and a park to create ... and that takes staying in the arena at least until something better turns up, or, until the National Park Service decides to send me to the dugout, or into retirement, and/or Lawrence Welk Land where old folks go to dance and play kazoos!


Bottom photo:  If there are no more days ahead, I'll always have the memory of being included in this mural by students at NIAD which hangs on the walls of the Chief of Police of Richmond, California, with that clearly identifiable park ranger right in the middle of it -- the one with the cigar extending from her left ear (that's my pony tail, actually).
Posted by Betty Reid Soskin at 3:10 PM No comments: