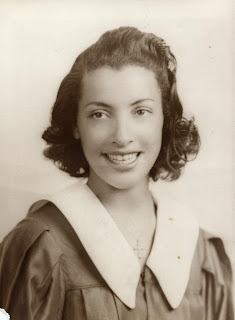 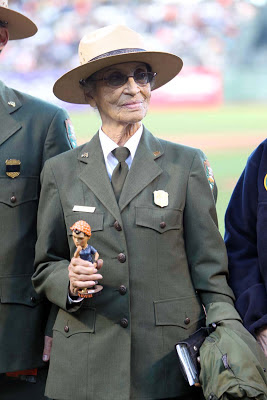 
Posted by Betty Reid Soskin at 9:48 PM No comments: 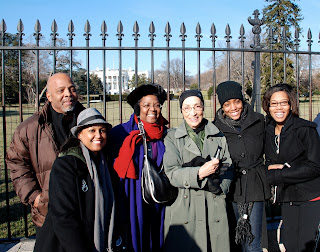 ... but you can see from this National Park Service short video that there was magic enough to capture the moment ... .

This morning, while the grand folks were being shepherded in and out of the Chapel and moving in the impressive caravan of limos to the site of the ceremony at the Capitol --  I was remembering the first inauguration in 2009 when Martha Lee and I were making our way from our little rental (just for the occasion) near the Capitol -- on foot in the gathering crowds on the streets.  We stopped long enough to visit the bronze statue of Mary McLeod Methune, the great educator, and then on to the Mall where nearly two million new best friends were amassing at the gates where we would show credentials and find our seats.  Poor Martha was trapped in that tunnel -- folks who never got to see the ceremony at all.  I was more fortunate, and found my seat without problems.

But, unlike today when I'm comfortably dressed in my pajamas and warm socks -- and munching on toast and cinnamon tea (as opposed to being bundled up against 17 degree cold with steam coming out of my ears and icicles hanging from my nose), I'm seeing it all courtesy of CSPAN.

In the last inauguration -- even though seated in a VIP section as an invited guest of my representative -- I watched the entire pageant on the giant screens that were standing nearby.  The major players were tiny images high up on a platform, and only identifiable because of associated memories and the familiarity provided by years of seeing them on the small screen in my bedroom.  Otherwise I might just as well have watched at home -- as I do now -- without the travel.  But it wouldn't have been forever memorable. 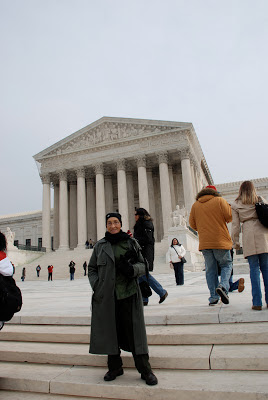 Would I have preferred today's more comfortable viewing to the live experience of 4 years ago?  Of course not.  The energy of the shared experience was palpable.   Nowhere on earth was there more goodwill and fellowship concentrated in one place.  Being together magnified the experience for each  of us.  We'd come from great distances on every possible mode of transportation.  It was unforgettable.  Life-changing.

Funny ... now that I've seen the more complete pictures with the background filled in by knowledgeable historians ... it feels as if I went through the last inauguration encased in a 3' x 3' bubble that limited sight and sound.  But there was so much life in those moments that there was no awareness of what we were missing, factually.

The live experience was real, beyond imagination, with a spiritual element that more than made up for what was missing.  But this morning's viewing completed the very different experience of four years ago.   I'm so grateful for having this fuller picture to add to that personal history and to treasure always.

Now I'm going to have another cup of tea and just meditate on how far we've come in our time.

The speech was all I'd have wished it to be.

I'm no longer seeing the promise of democracy as unfulfilled.  My sense of self as an American has evolved over time.  Not only that, but I now see myself among those with the power to -- together with others -- make it real for generations yet unborn.

That, I now realize, is true -- and new, and will enrich my work from this day forward.
Posted by Betty Reid Soskin at 12:54 PM No comments:

This video was created by the National Park Service for national distribution on "Inside NPS" for the first inauguration on January 20, 2009 ... the ritual as experienced by this ranger ... .
Posted by Betty Reid Soskin at 12:50 PM No comments: 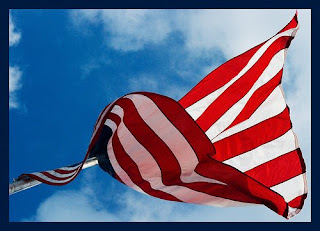 Posted by Betty Reid Soskin at 1:03 PM No comments: